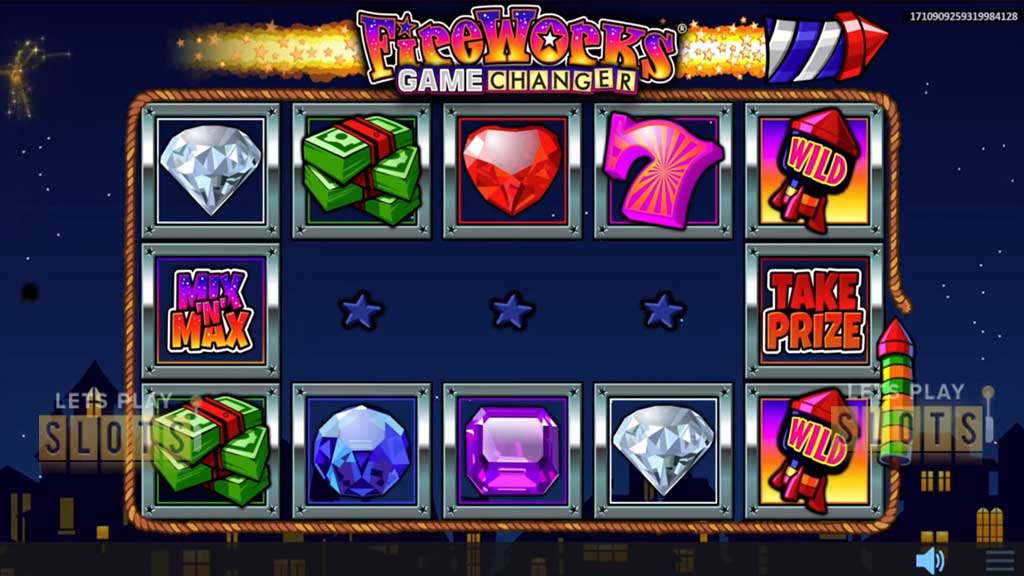 Light Up The Sky With Realistic Games “Fireworks Game Changer” 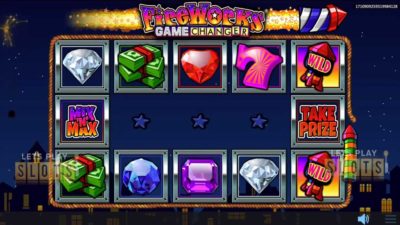 Realistic Games has developed a number of new slots around its Game Changer bonus mechanic.

The company’s latest offering is “Fireworks Game Changer” which is the fourth game that it has released with the mechanic. This game also happens to be fourth in the company’s Fireworks series. Though technically, this is more of a rerelease since it reuses a lot of the original Fireworks’ assets.

Players will be greeted by the night sky when they start this game up. The dark sky is there to highlight the betting action that is about to happen. The game has the standard five reels and three rows setup found in many games.

There are only 20 paylines for players to work with. Wagers can go from 0.05 credits to 5 credits. The RTP is set at a decent 96.10 percent.

As for the symbols, the game has a surprising mix. There are the lucky 7 and gold bar symbols, along with money and diamonds. Three types of precious stones can reward increasing wins are also present. The game completes the symbol setup with the Firework Rocket acting as the Wild symbol. The most valuable symbols are the Trail Run, the Wild, and Mix’n’Max symbols. Players can get 1,000 times their stake if they score five of the symbols in a single spin.

The game has its special Game Changer feature. This will only happen when the special Star Blocker symbol is scored in the three middle reels. The game becomes something like a board game. Players get to roll a dice and they move on a board according to the dice rolled. When a player lands on a spot, the number on it decreases by one until it becomes zero. This is when the spot becomes unsafe for the player.

Lucky players can score special symbols during the bonus game. This is added up on the right side of the board and adds a multiplier bonus to the player’s wins. The game is a bit confusing in how it presents things so new players will take some time to get used to it. But after a few tries, most players should have the hang of it.

Overall, this game does well to mix the modern and classic style of slot games. Lucky players can use all the multipliers they earn to get a massive 20,000x grand prize.

Hurray! There is a competition going between users of our site!
You have to do nothing, but browse out site, and win a daily prize. Click here to read more.
You current ranking:
Time Left: 19h 32m 32s