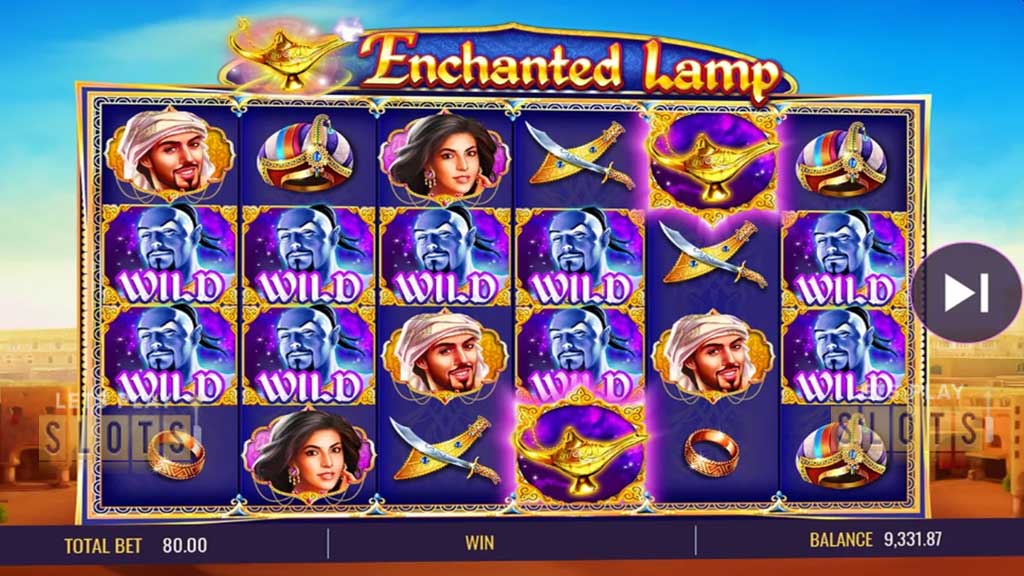 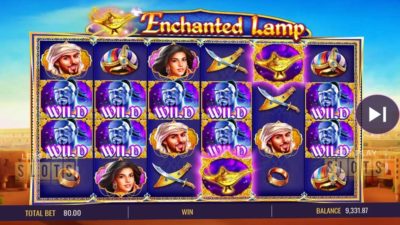 The legend of the genie escaping from the lamp is an old story from the Arabian Nights. It has been kept alive as movies, cartoons and books continue to tell the story to keep the legend alive.

Now, IGT is taking another spin at the story of Aladdin with its new “Enchanted Lamp” slot game.

Players will be taken to the deserts of Arabia for this game and will get to witness all the familiar signs associated with Aladdin and his magic lamp. The game’s graphics are pretty good and there is no mistaking the theme of the game with all of the characters of the story serving as symbols.

The game features a six by four grid for its reel and has 26 paylines. The game has a medium level of variance, which means you are likely to win often but the amounts will not be massive. This game has an RTP of 96.07 percent.

The base game works like most slots but there are some twists. For one, before players can spin the reels, they will have to select their bet. Players can wager up to 160 coins on each spin. This is a pretty low maximum wager, reflecting the low volatility of the game.

Once the bet is set, players can choose to spin the reels manually or allow the autoplay option to keep the reels spinning until a win happens. Besides the various themed symbols, the game also has wild and scatter symbols that should help players get a win.

Enchanted Lamp shines when you activate the special feature. This is when the Enchanted Lamp symbol appears as one of the symbols. It is collected as players enjoy the game. Once players reach a particular amount of symbols, the Blue Genie Wild symbol appears, replacing one symbol present on the reels. This greatly increases the chance of winning.

Apart from this special feature, there is nothing else to write home about. Players who expect to get free spins with scatter symbols, will be disappointed as there is no such provision in this game. This makes the game a poor choice for those who are looking to win big amounts!

However, Enchanted Lamp is a nice enough filler game for those who don’t want to spend too much. Thanks to the low volatility and the high RTP, players will have a good chance of getting a decent return on their spins as long as they keep on spinning!

Hurray! There is a competition going between users of our site!
You have to do nothing, but browse out site, and win a daily prize. Click here to read more.
You current ranking:
Time Left: 22h 4m 9s