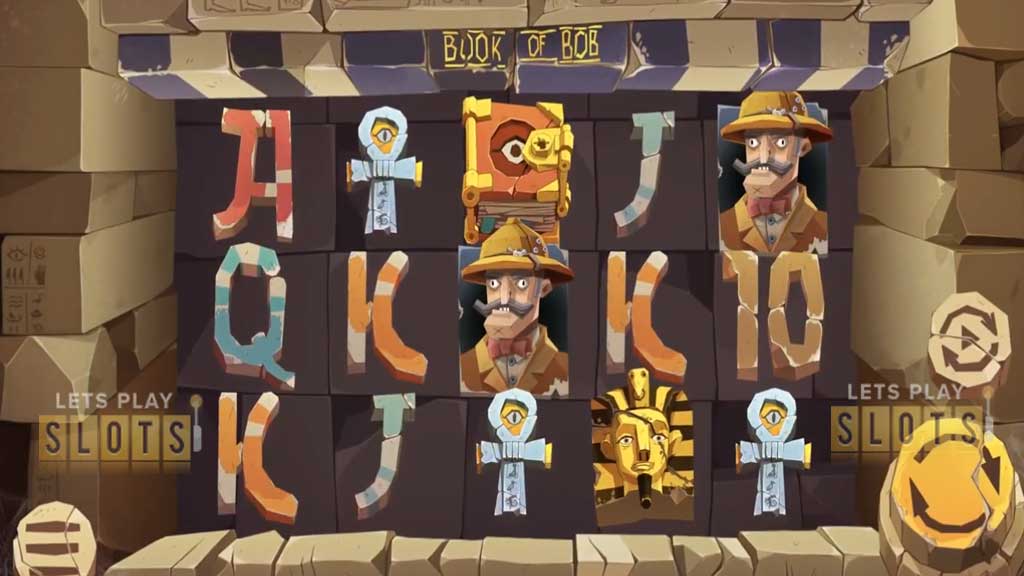 Mighty Finger Releases “Book of Bob” Slot With A Twist 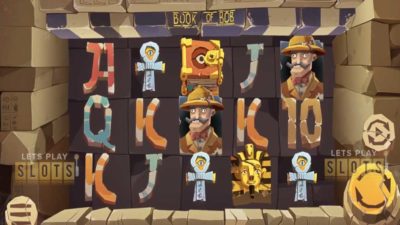 There are dozens of slot games with names like “Book of the Dead” or “Book of Ra“. These are usually slots that refer to a magic treasure or two. Well, Mighty Finger has decided to make fun of such games in their latest offering. With the rather interesting name of “Book of Bob“, players are taken on a treasure-hunting journey that focuses on humor and big winnings.

Players are taken to a tomb wall and presented with a five-reel grid with 10 paylines. The RTP is a decent 95.10 percent which is good enough for many players. As always, the goal is to get winning combinations. Players will have their choice of trying to score playing card symbols or the more valuable ankh sign, pharaoh’s mask or amulet.

All of the images are in cartoonish graphics and delivers a fun vibe for the entire game. The most valuable in the game is of the explorer Bob while he is on his adventure. The game has one special symbol though. This is the Eye of Horus and it functions as both the game’s wild and scatter symbol.

Like any slot game though, the really big features are the special ones. The Eye of Horus is the main symbol of the special functions of this game. For one, it acts as a wild. This means it makes it much easier to win.

As a scatter symbol, the Eye also triggers the Free Spins feature. For that to happen, players will need to score three or more scatters. The minimum amount of free spins is 10 but an additional 10 is given out for every scatter beyond three so players can get 30 free spins in total.

As part of the free spins, the game will select one symbol to act as the game’s expanding symbol. When it shows up, it will fully cover the entire reel. This can mean multiple wins despite there only being 10 paylines for this game.

This game is a fun little call-back to other Book games. Though the ancient Egypt theme is a bit outdated, Mighty Finger’s comic approach makes it fresh. Overall, this game which is exclusive to Casumo Casino is worth a few spins as it is bound to keep players in a light mood. There is a decent chance at some winnings and a chance to try out an improvised theme.

Hurray! There is a competition going between users of our site!
You have to do nothing, but browse out site, and win a daily prize. Click here to read more.
You current ranking:
Time Left: 20h 52m 39s