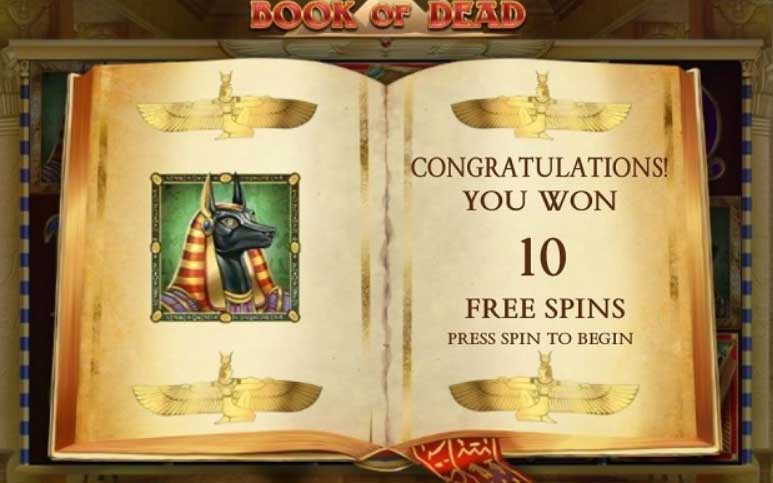 Play’n GO as one of the most prominent names in the industry has long been developing amazingly rendered games. Their Book of Dead slot is definitely one of their most popular games taking players on a remarkable virtual journey leading to those ancient Egyptian temples packed with treasures. With the game, Rich Wilde is finally […]

Best Casinos to Play Rich Wilde and the Book of Dead for Real Money :

Play’n GO as one of the most prominent names in the industry has long been developing amazingly rendered games. Their Book of Dead slot is definitely one of their most popular games taking players on a remarkable virtual journey leading to those ancient Egyptian temples packed with treasures. With the game, Rich Wilde is finally back and those players who decide to join him on his journey also get to enjoy some awesome prizes coming their way. 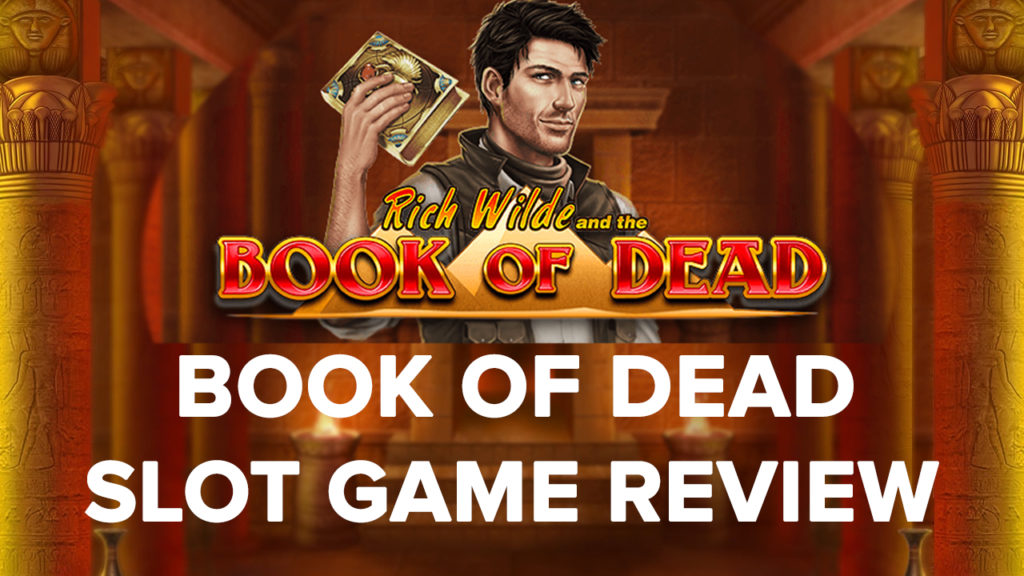 This highly appealing Play’n GO release boasts 5 reels and 10 paylines. All of the action takes place within some ancient Egyptian tombs where players get to work their way towards retrieving ancient artifacts. As expected, the main character of the game is Rich Wilde we previously followed in other Play’n GO releases. Set somewhere in ancient Egypt, Rich Wilde is ready to once again conquer his enemies and bring some generous prizes on the way. 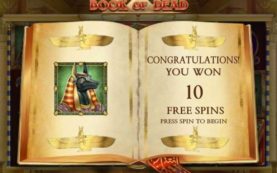 With the very first spin of the Book of Dead reels, players will notice the great aesthetics of the game. As expected from Play’n GO, the game comes packed with remarkable graphics and stunning visuals. It should be noted that the game is playable across multiple devices starting from only 10p per spin going up to 100p per spin. Once players hit the spin button, they are immediately taken to the magnificent mythical Ancient Egypt World. Further, in the game, they get to meet Osiris and Anubis.

The game is packed with eleven different symbols. Nine of them are regular symbols while one of them is the game’s Scattered Free Spins symbol. As players work their way towards uncovering Ancient Egyptian riches, they will come across neatly crafted symbols depicting three Ancient Egyptian gods as well as Rich Wilde himself. The game’s reels are beautifully rendered decorated with golden ornaments. The game’s background is also neatly crafted resembling some massive tomb entrance. 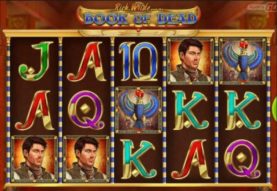 The truth is that the game’s developer did an absolutely amazing job with their Book of Dead game packing everything well together to offer a truly immersive online gaming experience, The game also comes with its excellent mobile devices compatibility. This means that players who like playing their games while on the go can do so with the Book of Dead Mobile version. One thing is for sure, no matter their device, their treasure hunt will pay off thanks to the game’s lucrative bonus features.

The game is packed with Wild and Scatters which come as very lucrative. Both the game’s Wild and the game’s Scatter are represented by the Book of Dead symbol. These symbols when landed on the reels can replace for those regular symbols. This means they help players score more winning combinations. Moreover, landing three or more of these symbols in any position on the reels, trigger the game’s Free Spins mode. 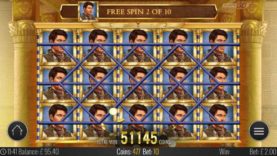 Once players get here, they are immediately awarded 10 Free Spins. Moreover, landing three or more extra Scattered Book of Dead symbols on the reels brings them 10 extra Free Spins. In addition, there is also one symbol chosen randomly before this feature starts. During the Free Spins mode, this symbol will act as the game’s special Expanding symbol. Landing this randomly chosen symbol on several reels most certainly can yield some massive winnings.

Thanks to its amazing graphical solutions, awesome animations and of course truly rewarding bonus features, this Play’n GO release is definitely worth your attention. It will most certainly appeal to those players who like simple, but interesting and engaging games. Following Rich Wilde on his journey has never been so lucrative with prizes going up to 5.000x your stake on a single spin of the reels.

Play’n GO as one of the most prominent names in the industry has long been developing amazingly rendered games. Their Book of Dead slot is definitely one of their most popular games taking players on a remarkable virtual journey leading to those ancient Egyptian temples packed with treasures. With the game, Rich Wilde is finally […]

Hurray! There is a competition going between users of our site!
You have to do nothing, but browse out site, and win a daily prize. Click here to read more.
You current ranking:
Time Left: 7h 26m 20s
Gambling is for 18+ though some countries may have other restrictions...Remember you should always Gamble Responsibly
We use cookies to ensure that we give you the best experience on our website. If you continue to use this site you agree to allow us to use cookies, in accordance with our Terms & Conditions.Agree & Close