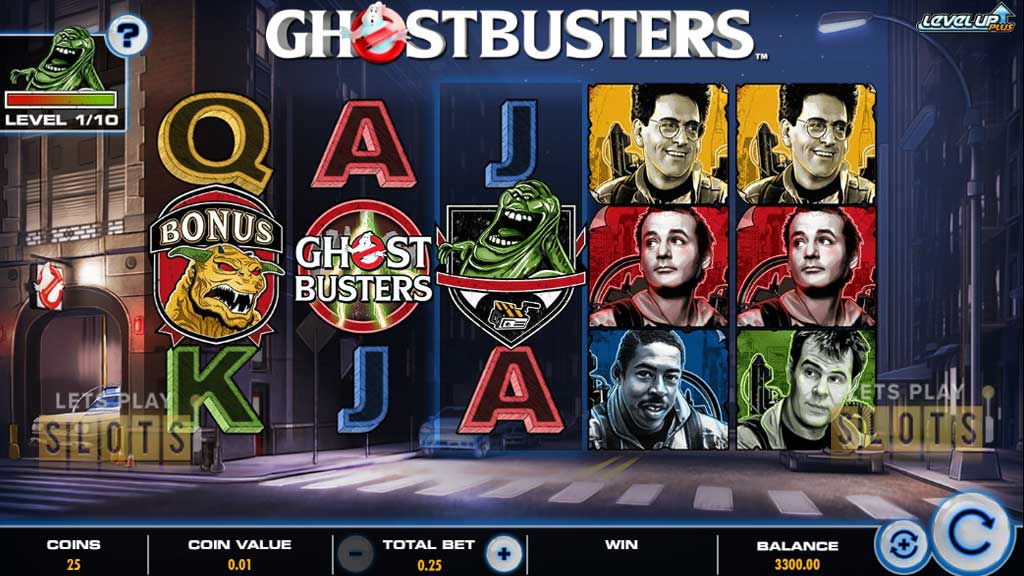 Movie Classic “Ghostbusters” Gets “Plus” Life Thanks To IGT 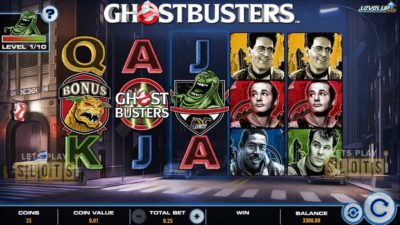 Ghostbusters which was released in June 1984 turned out to be a blockbuster movie that gained a massive fan following throughout the world. The movie is now a classic and over the years a number of sequels have been made to keep giving fans a little more. This time around IGT is presenting Ghostbusters via its latest slot released titled “Ghostbusters Plus“.

Ghostbusters Plus brings the movie to life once again as players are taken to New York City at night. Combined with a spooky soundtrack, players will immediately get into the feel of the Ghostbusters theme.

This slot features five reels and 20 paylines and the graphics work well with the theme.

Players are hoping to get winning combinations of symbols and the game has a good set of them. There are the basic symbols that include the A, K, Q ,and J playing cards. The more valuable ones are the stars of the movie, with Peter Venkman, Ray Stantz, Egon Spengler and Walter Peck showing up.

Venkman is the most rewarding of the standard symbols. It gives out 20 times the stake when players get five in a payline. There is also the Ghostbusters logo as the wild. Five of it on a payline gives players 40 times a player’s stake.

The real draw of the game is the many features that are loaded into this game. For one, there is the Ghost Battle feature. This is triggered when a ghost appears in the middle reel. Players need to click on it three times for it to go away. Each click adds a Ghost Wild symbol into the Ghost Queue. Players can then get these Ghost Wilds during the game. They range from Multiplier Ghost Wilds, Expanding Ghost Wilds, and Extra Ghost Wilds. Plus, each of them has variants and the effects for each one is different.

Players can also randomly get equipment during the game. These provide random bonuses like changing symbols to revealing ghosts. What equipment shows up depends on the player’s level.

Players can keep on beating ghosts and leveling up which will reward them with more Ghost Wilds and more equipment getting unlocked. At Level 10, they can choose which ghost appears during the Ghost Battle feature.

Players should aim for the Zuul Free Spins feature. Players need to get three bonus symbols to trigger this. Players can then click on Zuul like a regular ghost battle and get up to 25 free spins and bigger bonuses.

Do check out Ghostbusters Plus when it arrives at your favourite online casino as you are bound to have a fun time!

Hurray! There is a competition going between users of our site!
You have to do nothing, but browse out site, and win a daily prize. Click here to read more.
You current ranking:
Time Left: 16h 44m 22s