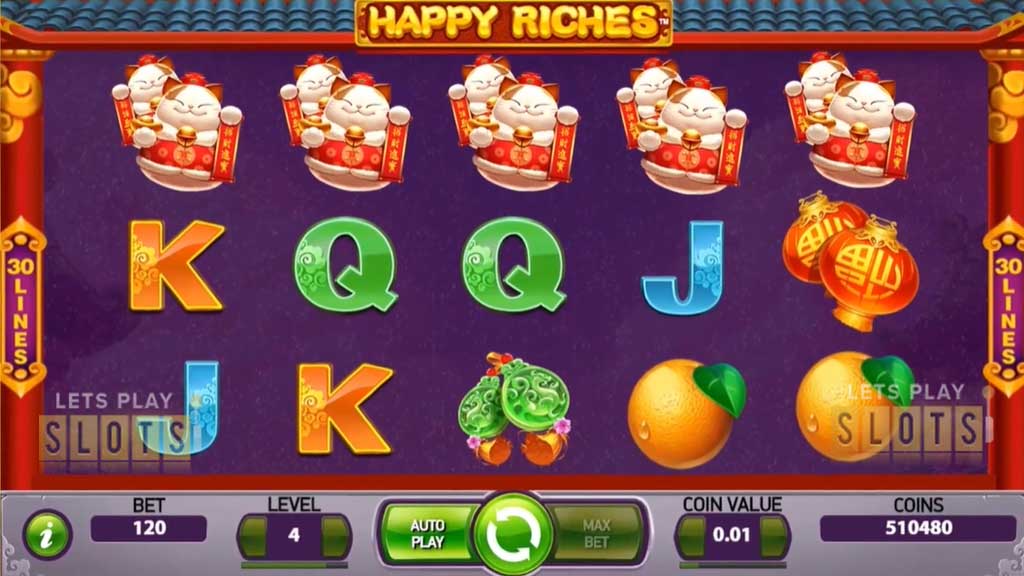 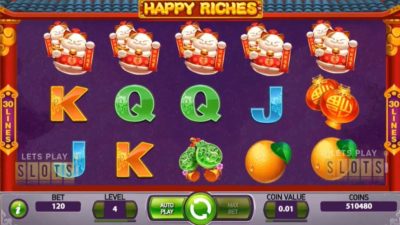 NetEnt is one of the oldest and most popular gaming developers in the world. The developer has a stable of hit slots and players are always eager to known when NetEnt releases a new game in the market.

This time around NetEnt has come out with an Asian themed slot called “Happy Riches“.

NetEnt have repackaged a game originally for the Asian market called Flowers and now call it Happy Riches. If you like Asian themed games, then you should try out this new slot as it has been made in such a way that it will be attractive to both Asian and Western players.

When players start this game, the theme becomes very obvious. Players are taken to an Asian-themed setting with traditional Oriental music in the background. The grid of the game is set at the entrance of a pagoda.

The grid has the standard five reels and three rows. Surprisingly, the game has 30 paylines, which is a bit higher than normal. Thanks to that, the game has a return to player (RTP) rate of 96.32 percent.

The game has a number of interesting Oriental symbols. The most valuable symbols are the Golden Dragon, which is from Chinese mythology, and the Koi fish, which are from Japan. The various other symbols on display are the oranges, cats, and cymbals.

For players who want to win big, they will want to trigger the more valuable special features. For one, players can get free spins. Free Spin symbols are the scatter symbol for this game and players who score four of them get to play for free. Depending on the number of free spin symbols scored, players will be able to get 10 to 30 free spins.

The great thing about the free spins is that the wild symbol will appear in stacks. This means it is easier to score a win. Besides that, wins during the free spins all get a 3x multiplier. This means that lucky players will be able to get 15,000 times their stake on a good spin.

The game also has Double symbols. These symbols act like two symbols for winning a combination. This makes it easier to win while also increasing the potential reward. Do check out Happy Riches when it arrives at your favorite online casino!

Hurray! There is a competition going between users of our site!
You have to do nothing, but browse out site, and win a daily prize. Click here to read more.
You current ranking:
Time Left: 21h 57m 44s