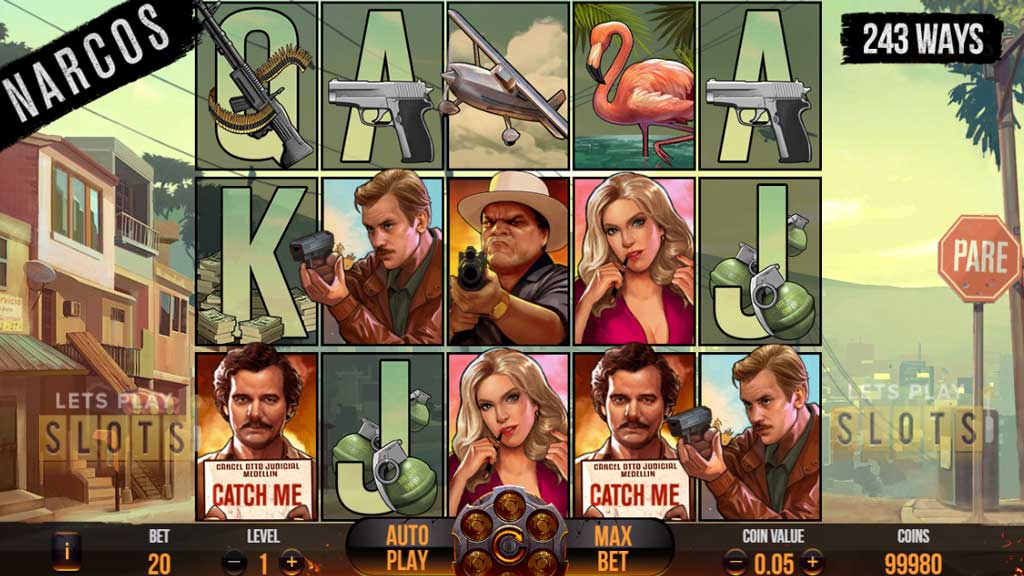 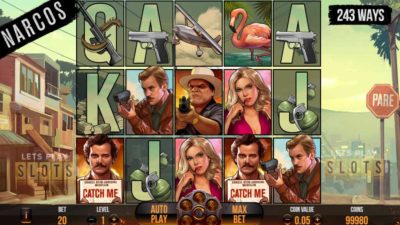 Narcos is one of Netflix’s biggest hit TV shows. A series detailing the rise of the Colombian cocaine trade, the show portrays the tough and dirty drug trade. The show was based on the real life exploits of a Colombian drug cartel.

The show has a massive fan following around the world and as we told you in February, NetEnt is taking advantage of that popularity by releasing a licensed slot game based on the hit series. Players will get a chance to win big on a screen featuring five reels and 243 ways to win.

NetEnt uses many of the characters of the Narcos TV show and also uses some of the popular icons of the show for its symbols. The goal of the game is to get winning symbol combinations and the game features a whole set of them.

Players can settle for the low-value card symbols that include the A, K, Q and J cards. Next there are the mid-value symbols. These are the various items including guns, cash, rifles, grenades, small airplanes and flamingos. For players who want to win big, they should aim to score one of the high value symbols: a gang member, a blonde lady, and the two DEA agents from the show played by Steve Murphy and Javier Peña.

The real draw of the game are the special bonuses. One of them is the Drive-by feature. This is randomly triggered and has a car drive by and shoot up the reels. The symbols that get hit become wilds – which will help players in winning the game.

Overall Narcos is a great game and delivers on all fronts. Players should try it out when it arrives at their favourite online casino.

Hurray! There is a competition going between users of our site!
You have to do nothing, but browse out site, and win a daily prize. Click here to read more.
You current ranking:
Time Left: 1h 54m 35s