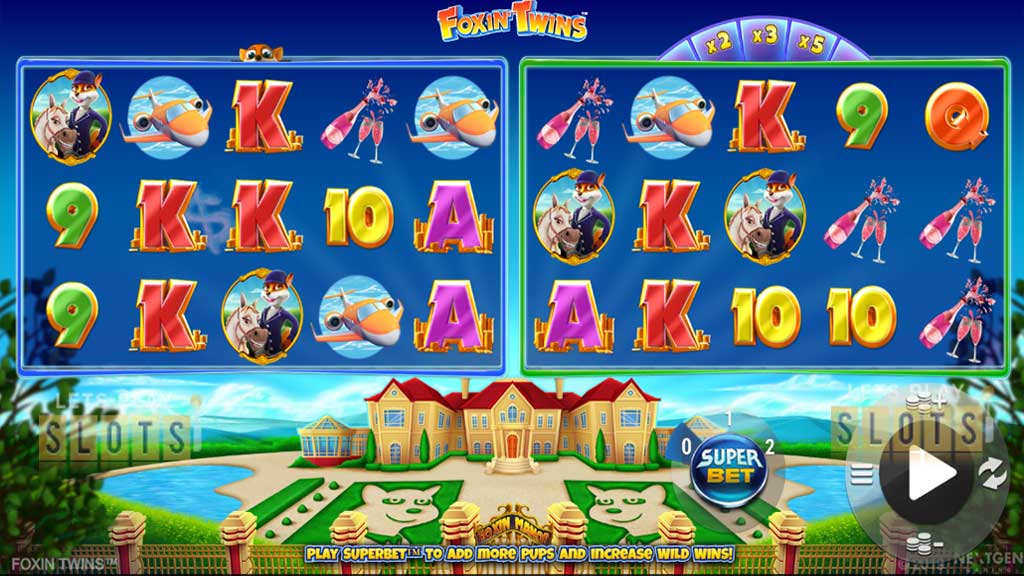 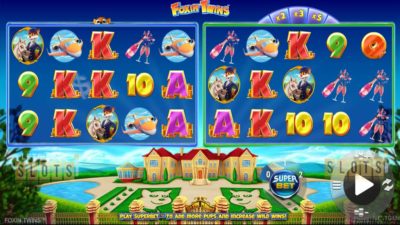 NextGen Gaming has produced yet another game in the Foxin’ series. The Fox Pups are back and they are going to surprise many players with their latest offering.

This game gives players many chances to win big, with multipliers reaching up to 20x. Combined with the bonuses, players can potentially get up to 200 free spins and 20,000 times their original stake.

When players start this game, they are treated to the sight of the Foxin’ estates in cartoonish graphics. It features two reel sets.

Both of them have five reels and 25 paylines. Each set can potentially give players higher chances of winning.

The symbols for the winning combinations are the low-value symbols that include A, K, Q, J, 10 and 9 royals. Player who want to win big should aim for the more valuable symbols which include champagne flutes, private jets and a horse-riding fox. There is also a wild symbol included. It is the pipe-smoking fox and it substitutes for other symbols, except for scatters. It also awards players 20 times their stake if five are scored.

The game also has several bonus features that make the game very profitable. For one, players have to decide whether to activate the SuperBet feature. This adds to the player’s wager to enhance their chances of winning and the awards they can win. This is combined with the Fox Pups appearing on top of the reel.

Green wilds are additional multipliers to the winning combination. With no SuperBet, they can reach 5x. SuperBet level 1 can raise these multipliers up to 10x. Finally, the highest level can give 20x multipliers.

There are also two additional features in the game. There is the Little Wild Random feature. It converts normal blue wilds into green wilds. The Gone Wild Random feature transforms symbols into random Wilds. Finally, there is the Team Pup Free Games feature. This is done by getting at least three gold bullion scatters. Players can get up to ten scatters, which can give players up to 100 free spins.

Overall, the game looks great and can provide players with big rewards. Players should try it out when it launches at their favourite online casino.

Hurray! There is a competition going between users of our site!
You have to do nothing, but browse out site, and win a daily prize. Click here to read more.
You current ranking:
Time Left: 12h 17m 51s