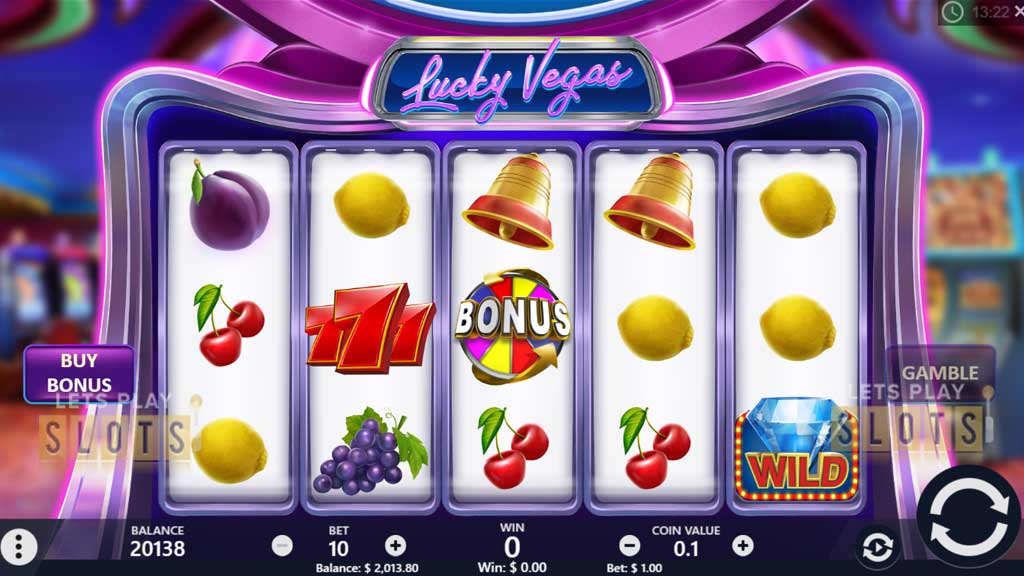 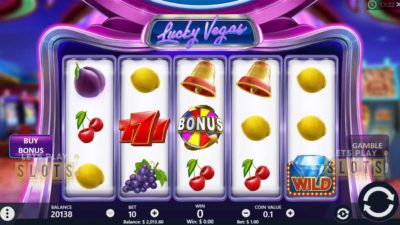 Las Vegas is the ultimate destination for gamblers all over the world. However, not everyone has the opportunity to visit Sin City and check out its fabulous casinos. Now, thanks to Pariplay, players can enjoy the joys of a Vegas vacation with their new ‘Lucky Vegas‘ slot.

Players will be treated to a virtual trip to Las Vegas with this new slot game. When the game is launched, players will be greeted by a glossy looking casino floor, with the reels present in the foreground. The reels are in the traditional white design and players will see fruit imagery for the symbols. The game comes with five reels and 10 paylines.

Players will be looking to get winning combinations on the paylines. Cherries and lemons are the lowest scorers, with five on a payline only giving out four times one’s initial stake. Orange and plums will give players five times their stake for the same combination. Finally, there is the grape symbol that gives players 10 times their stake for five symbols on a payline.

However, the basic winning combinations are no match to the potential winnings that can come from bonuses in the game. The main bonus is the Triple Wheel Bonus feature. Players trigger this by getting three bonus symbols on the same spin. They then have a chance to spin the bonus wheel. This is composed of three different reels with different bonus values.

When players spin the reel, they start with the first one. The number that they get will be awarded as their coin prize. Additionally, if players get a symbol with an arrow, they get to spin again on the second reel. The same process is repeated. The last reel has the biggest prizes and this is what players will be looking to get.

Besides just getting lucky, players can also trigger the Triple Wheel Bonus by paying outright. Players will need to pay out 40 times their original stake to get a chance at this bonus feature. Overall, this game is a fun diversion that delivers the classic Las Vegas gambling experience. Players should try it out when it arrives at their favourite real money online casino.

Hurray! There is a competition going between users of our site!
You have to do nothing, but browse out site, and win a daily prize. Click here to read more.
You current ranking:
Time Left: 5h 34m 43s