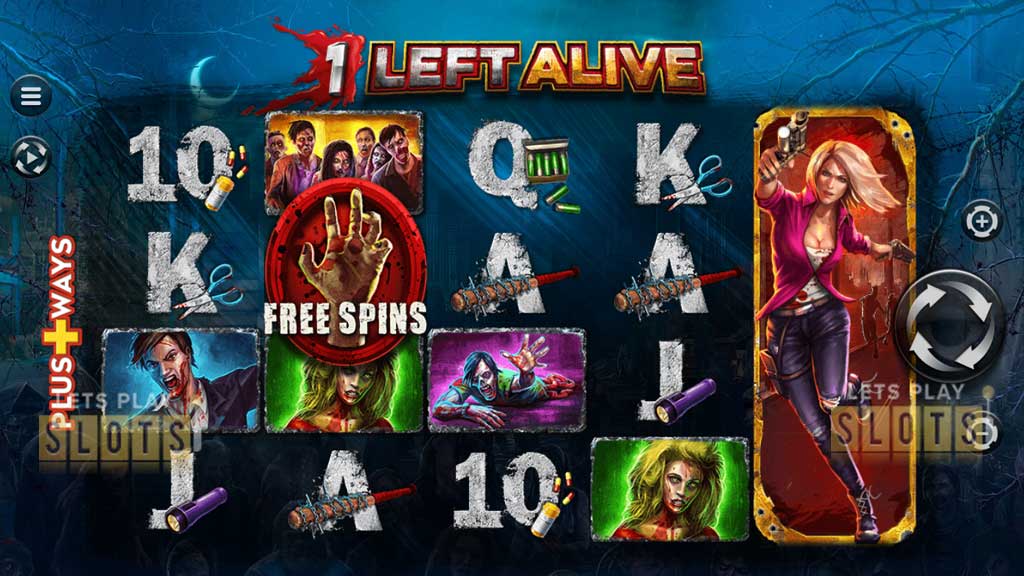 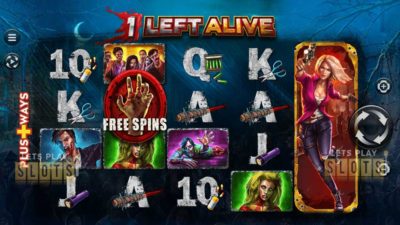 The zombie apocalypse is a popular topic in video games and movies. There’s something about fighting endless hordes of zombies that gets one’s blood pumping. 4ThePlayer is delivering a new addition to the genre by releasing their new game “1 Left Alive“. The game features the first use of the new Plus+Ways mechanic and will provide slot lovers with non-stop entertainment.

Players will recognise the theme of the game the moment they start this game up. A devastated city is in the background as they see five reels ready to be spun. The game uses the A, K, Q, J, 10, and 9 royals as the basic symbols. Players will also have a crack at some of the more valuable symbols. This includes zombie hordes, crawlers, male zombies and a female zombie.

The female zombie symbol is the most valuable and it rewards 10 times a player’s stake if they get five on a winning combination. The game also has a wild symbol in the form of the sole survivor. It acts as other symbols and can be scored on its own. Players who score five of it will get 50 times their stake.

The special thing about 1 Left Alive is its use of the Plus+Ways game mechanic. The game already has a simple payline mechanic of matching symbols. The mechanic works simply by allowing players to get an additional payout from the symbol showing up on other reels.

For example, if a player already has a winning combination with a K, they can get more wins with K combinations even if they are not aligned in position. This allows for more possible wins. At best, it can give players 32,768 ways to win.

The game also gives players free spins. The zombie hand is the game’s scatter symbol and a set can give out seven free spins. During these free spins, players can choose a zombie symbol to attack. If they match during the free spins, the player gets the chance to transform the symbol into a Bloody Wild symbol. Unlike normal wilds, they stay around after use and move positions. Players can also get more free spins if they are lucky.

Overall, the game has a brilliant design and great graphics. Players who want to have some zombie fun should try it out. This game has an RTP of 97 percent.

Hurray! There is a competition going between users of our site!
You have to do nothing, but browse out site, and win a daily prize. Click here to read more.
You current ranking:
Time Left: 19h 11m 52s
Gambling is for 18+ though some countries may have other restrictions...Remember you should always Gamble Responsibly
We use cookies to ensure that we give you the best experience on our website. If you continue to use this site you agree to allow us to use cookies, in accordance with our Terms & Conditions.Agree & Close