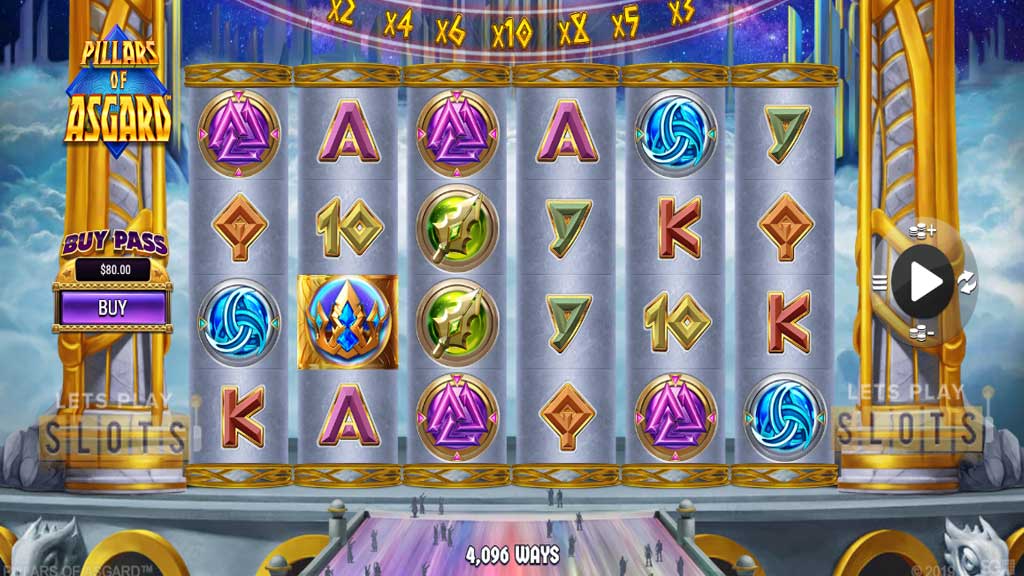 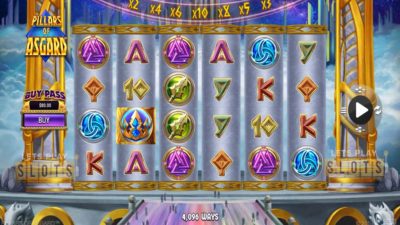 Norse mythology is one of the more popular mythologies in the world. The Norse god Thor for example is featured in the blockbuster movie The Avengers as well as in numerous comic books and video games. So it is no surprise to see it as part of a slot game.

NextGen Gaming has taken a few liberties in its new “Pillars of Asgard” slot game. The theme is loosely designed around Norse mythology as well as a few traits from Greek mythology.

The developers got creative and put together some great graphics that will keep players glued to their screens.

The game itself is set on the rainbow bridge Bifrost. The pillars might represent the fact that Asgard is one of the nine realms in the universe. The look of the game is pretty great and it brings to life quite a bit of the Norse myth. The game features six reels and over 4,096 ways to win.

As always, the game uses a bunch of symbols that players need to match. The lowest-value ones are the A, K, Q, J, 10, and 9 royals. Players who want bigger rewards should aim for the Nordic-themed symbols. There are runic stones that represent various parts of the Norse myth like Yggdrasil, the tree of life, and the gods themselves. The most valuable of these symbols is Odin, which also acts as the wild symbol. Players who get five of this symbol get 200 times their stake.

The game also has a scatter symbol. Players who score three or more of these symbols will get 20 free spins. The difference is that in this game, the more scatters that a player scores, the more rows are added. At most, a player can get an additional four rows to play with. This can potentially give players one million ways to win.

Overall, the Pillars of Asgard offers players many ways to win and make it fun along the way. Do give it a spin or two when it arrives at your favourite online casino.

Hurray! There is a competition going between users of our site!
You have to do nothing, but browse out site, and win a daily prize. Click here to read more.
You current ranking:
Time Left: 19h 20m 34s
Gambling is for 18+ though some countries may have other restrictions...Remember you should always Gamble Responsibly
We use cookies to ensure that we give you the best experience on our website. If you continue to use this site you agree to allow us to use cookies, in accordance with our Terms & Conditions.Agree & Close