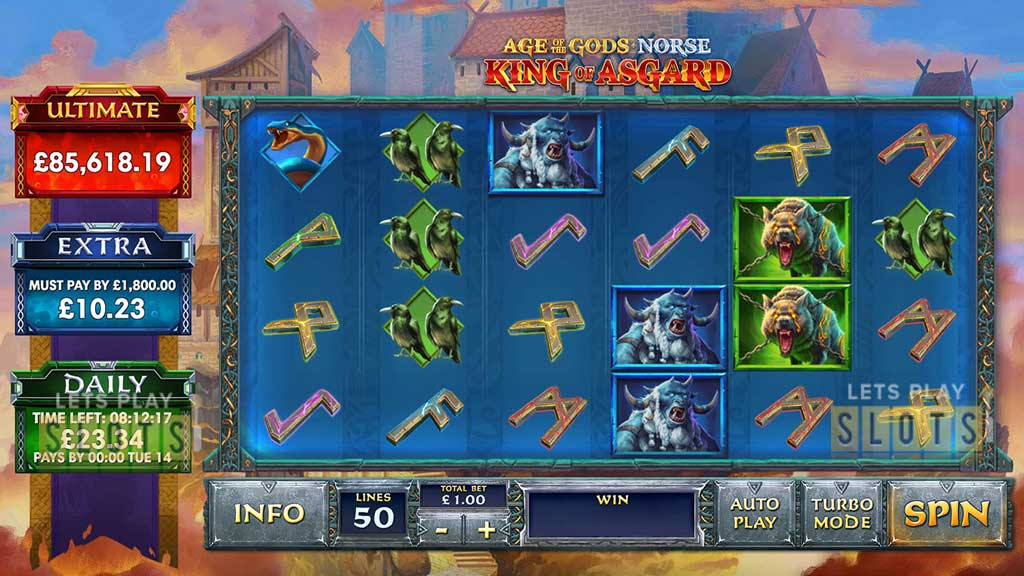 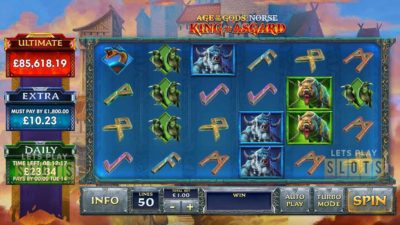 Playtech has had a lot of success with its Age of the Gods series. Players are familiar with this series and are always looking for a new release as Playtech has done a great job in bringing different themes to this series. The latest slot released is called “Norse King of Asgard” and players will be whisked away to the frigid north. The game is based on Norse mythology and will be sure to keep players busy.

Players who start this game up will be taken to Asgard – which is the home of the gods in Norse mythology. Here, they will be witness to the struggle for supremacy among these gods. The game offers great graphics and a matching soundtrack that works well for the game.

As for gameplay, it all takes place on six reels and four rows. The game has 50 paylines which is pretty good. The low-value symbols in this game are Norse runes while the high-value symbols come in the form of different character symbols which includes Thor and Loki. These can form a winning combination with only two symbols which is pretty great. The most valuable symbol is Thor!

Players will also have their chances of winning increased with two wild symbols. The RTP of the game is 96.67 percent when the jackpot is included and at 94.56 percent without the jackpot!

The basic game is pretty nice but like all Age of the Gods game, it becomes better with the special features. For one, like all of the games in this series, this is a progressive jackpot game. Lucky players can get a big jackpot win which will encourage many players to try their hand at it. There are three progressive jackpots available and players will be able to see how much they are by looking at the side of the screen.

The two wilds are what activate the special features. They are the Odin and Loki symbols. They also activate the game’s special features. This happens when Odin appears to cover an entire reel. This can trigger the Odin’s Fury Respins. Players get to spin again and again while Odin moves to the left by one reel. If Loki appears, Odin is then pushed to the right. The respins continue until Odin leaves the screen.

Overall, thanks to the respins and the progressive jackpots, this game is worth trying out!

Hurray! There is a competition going between users of our site!
You have to do nothing, but browse out site, and win a daily prize. Click here to read more.
You current ranking:
Time Left: 21h 48m 49s