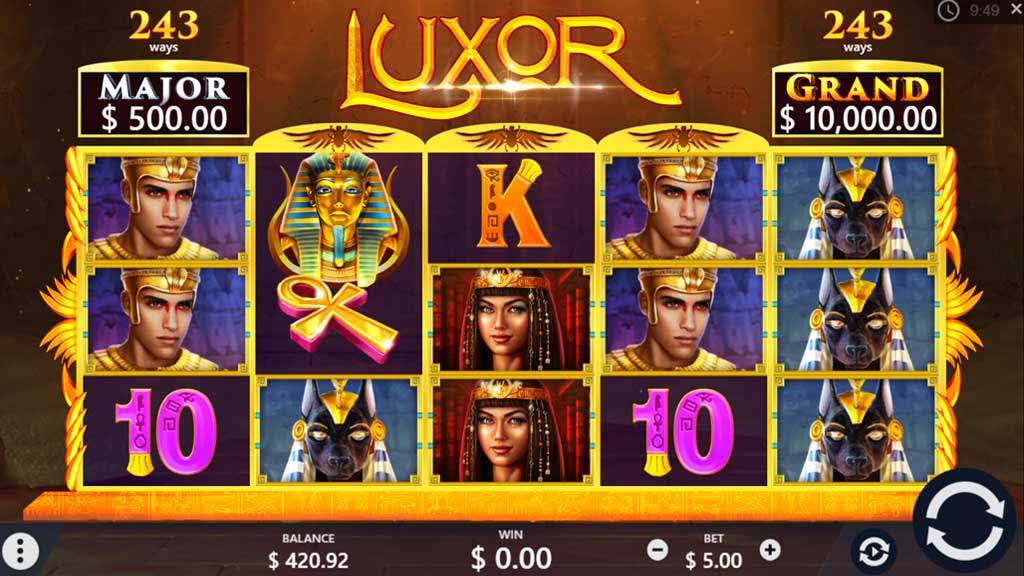 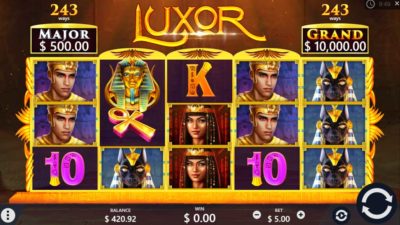 Pariplay is not one of the mainstream casino software developers but is quickly gaining the attention of slot lovers as it comes out with some cool slot themes. The latest release from Pariplay is its new ‘Luxor‘ slot game which provides players with a unique Egyptian theme along with a great gameplay. Players who get lucky and manage to hit the jackpot will be able to claim 17,312 times their original stake.

The ancient Egyptian city of Luxor is a beacon of inspiration for the fact that it displayed Egypt at its richest and most decadent. There are a number of hotels and casinos that have taken the Luxor name over the years and now a new slot title has followed suit.

Pariplay has opted for the traditional five reel slot game with 243 pay lines. The flashy graphic design of the game which is based on ancient Egyptian themes is a pretty simple game that anyone can enjoy. Thanks to great optimization, the game can be played on all devices at a minimum of 50p per spin. Players can max this out to £25.

The basic card symbols are there to represent the low-scoring symbols. For the high-rank symbols, there is an ankh, an Eye of Horus ring, Anubis, and the queen. The biggest symbol of the bunch is the Pharaoh himself. If he shows up on five reels, the reward will be 20 times the stake.

Pharaoh's Tomb is a special bonus setting that will ask players to pick three urns from a selection of them. If a player successfully picks three that match, they get 10 free spins with varying chances of winning up to 1,944 ways.

Players can also potentially get five free spins which will add more free spins during the bonus game. The jackpot prizes are very exciting as well as they either pay out 100 times or 2000 times the initial stake from the player.

Hurray! There is a competition going between users of our site!
You have to do nothing, but browse out site, and win a daily prize. Click here to read more.
You current ranking:
Time Left: 23h 55m 53s
Gambling is for 18+ though some countries may have other restrictions...Remember you should always Gamble Responsibly
We use cookies to ensure that we give you the best experience on our website. If you continue to use this site you agree to allow us to use cookies, in accordance with our Terms & Conditions.Agree & Close