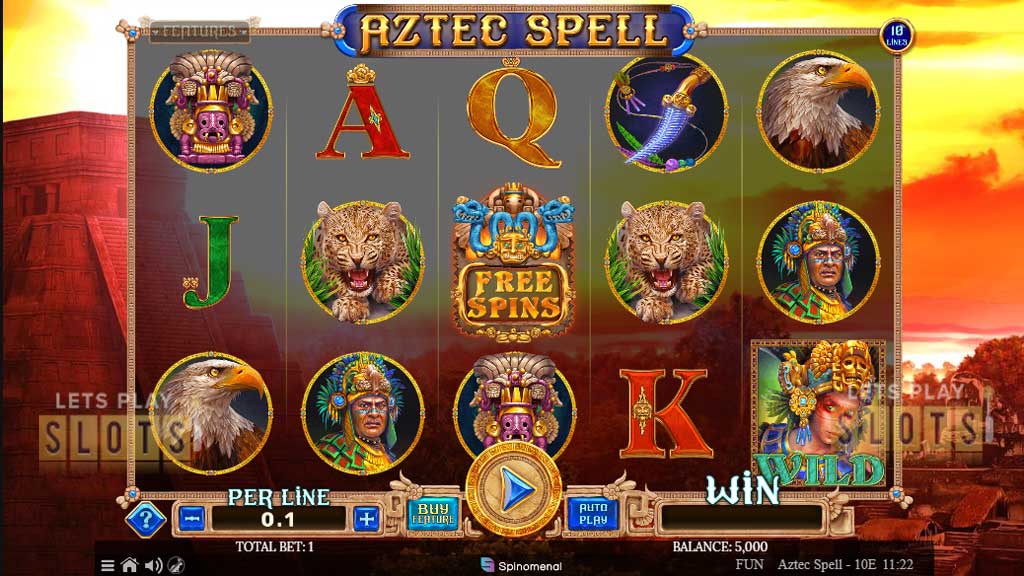 Pay Tribute To The Aztecs With “Aztec Spell 10 lines” Slot 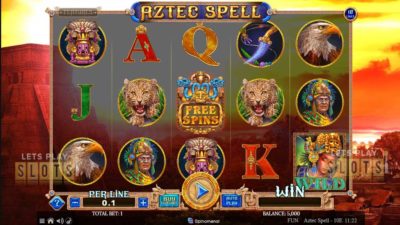 Spinomenal had a lot of success with its Aztec Spell slot offering which had a 5×3 grid with 50 paylines.

The developer decided to make things different by offering a variation of this game with a new release titled “Aztec Spell 10 lines“. Instead of 50 paylines, Aztec Spell 10 Lines only offers 10 paylines to work with.

Players who enjoyed the original game will notice the similarities but also the differences as this offering strips the game down a bit.

Players are presented with the same five reels and three rows as the original but now have only 10 paylines. The maximum cash jackpot is $1,000. That is pretty low compared to other games but it is good enough for those who want a decent amount to win.

The betting range is good as it starts out at $0.10 and goes up to $100. High rollers will be happy to bet big while the low minimum will allow players with a limited bankroll to keep spinning the reels. As for the symbols, there are loads of symbols in play that offer different payouts.

The low-paying symbols are card royals, while the higher paying symbols come in the form of thematic eagles, daggers, jaguars and totems to score. Finally, there are special symbols that include wilds, scatters, and bonus symbols. There are even Mystery symbols that suddenly reveal a random symbol when they stop.

The Wild is very valuable since players who score five of it on a payline will get a 1000x jackpot. Even if it only appears once or twice, it can contribute to big wins since it replaces the basic symbols.

As for the scatters, they land only on the first, third, and fifth reel. If three of them do appear, players will be able to get some free spins. But that is not all; as players get a choice to determine which reel a stacked wild may appear. This can potentially make wins a lot easier.

Players can also score bonus symbols. Three or more bonus symbols appearing will allow players a chance at a Bonus Wheel with three levels. Three spins will give players multipliers, level-ups, and even extra spins. This game has an RTP of 96.3 percent.

Hurray! There is a competition going between users of our site!
You have to do nothing, but browse out site, and win a daily prize. Click here to read more.
You current ranking:
Time Left: 6h 19m 59s