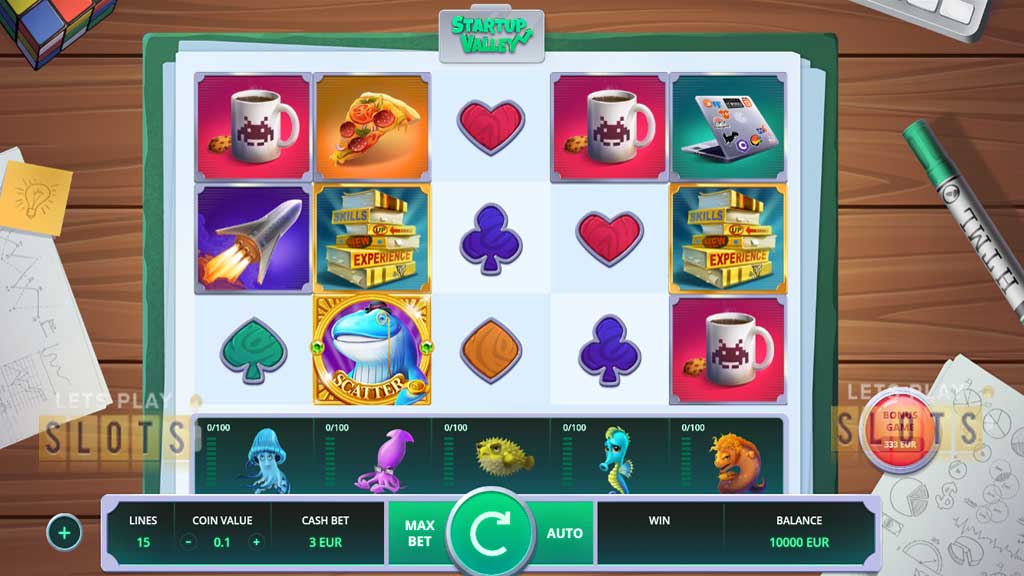 Players Get A Chance To Make Some Money With “Startup Valley” 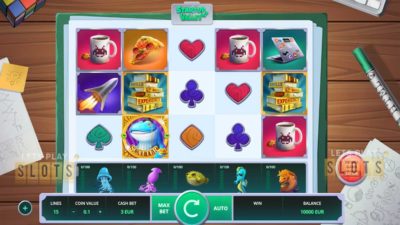 The tech start-up culture of Silicon Valley has made headlines all over the world.

To start a company from the ground up and turn it into a million-dollar company is a great ambition.

Not everyone will be able to do it in real life. TrueLab has taken unique theme and come out with a slot called “StartUp Valley” which gives players the chance to make money using a startup.

The game has an intriguing setup. Players start the game off at the work desk of a tech startup. It has the messy feel of a normal office and has a lot of different items lying around. This includes graphs, toys and the other corporate items.

The game also has pictures of the five founders of the startup below the reels. The graphics of the game are also pretty cartoony so instead of normal humans, the founders are all cartoon sea creatures.

The game has a basic grid of five reels and three rows. The game has 15 featured paylines that make it pretty decent when it comes to giving players wins. The game has an RTP is 96.48 percent. StartUp Valley has a good selection of symbols. Players can either score the low-scoring card symbols or the more valuable character symbols. The biggest prize that players can get is 5,000 times their original stake.

Players will also experience some great features. The most notable one is the experience gauge for each character. Every time that a character is scored, they get 10 XP. At 100 XP, players will get three free spins, with the character providing an extra boost.

It all depends on the character. Richard gives players extra wilds on the reels. Gilfoyle adds Mystery Boxes to the reels and they will all become the same symbol. Dinesh adds Coin Wilds, which awards between 10 and 100 coins for each Wild that appears. There is also Dunn who provides a Wild Multiplier. Finally, Erich adds even more Wild symbols on the reels.

Players can also land three Shark symbols to get 10 free spins. During these spins, players will activate all of the bonuses of the five founders. This makes the game chaotic and fun.

Overall, StartUp Valley is pretty enjoyable to play as it mixes the cartoony theme with a serious theme as running a successful startup business. Do spin the reels when you get a chance!

Hurray! There is a competition going between users of our site!
You have to do nothing, but browse out site, and win a daily prize. Click here to read more.
You current ranking:
Time Left: 5h 51m 5s