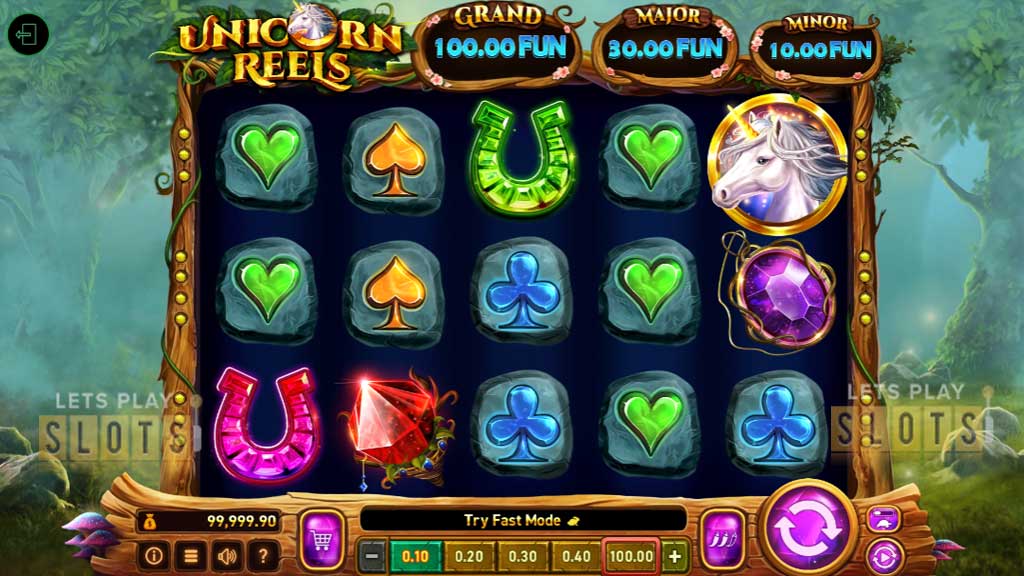 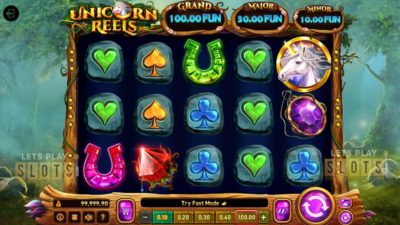 “Unicorn Reels” is the latest slot offering from Wazdan. The developer is doing its best to come out with interesting themes that will keep its players busy.

The game takes players to an enchanted forest to hunt for one of the rarest creatures around, unicorns.

When players start this game, they get presented with a forest background and the reels of the game displayed prominently in the middle.

There are five reels and three rows on the grid. The game has 10 paylines for players to work with and a good RTP of 96.14.

Player bets can range from $0.10 up to $100 which is a good betting range. The low minim allows for almost anyone to play, while the high maximum will help attract the various high rollers who want to gamble big. The game has a pretty nice feature when it comes to setting volatility. Players can choose from high volatility, standing, and low. This will affect how much players can potentially earn.

As for the symbols, they are a good mix. Low-value symbols come in the form of different colored horseshoes and amulets. For the premium awards, players are allowed to collect the various medicinal herbs and plants in the forest.

The game has several special symbols. One of them is the Four Leaf Clover, which acts as the game’s wild. It helps complete winning combinations by substituting them. Next, there is the glowing sphere, which is this game’s scatter. Finally, there is the Unicorn, which brings with it a big win.

There are several special features in the game. The interesting thing about this slot is that there are no free spins. Scatters only allow for wins without needing paylines. As long as three or more appear, then players get a win. Next, there is the gamble feature. Players can double their wins if they guess right on a bonus game after every winning combination.

The big feature of the game is the Unicorn Jackpot. Players need to score five or more Unicorn symbols on the reels to trigger it. Players then move to a five by five grid and have three spins to try and fill it with as many Unicorns as possible. Players can potentially get more respins but eventually, they’ll run out and their total Unicorns determine the amount won.

Players only get the Grand Jackpot by filling the entire grid with but there are major and minor jackpots. Additionally, players simply buy this feature to play it. Overall, Unicorn Reels is a fun game that is definitely worth a few spins.

Hurray! There is a competition going between users of our site!
You have to do nothing, but browse out site, and win a daily prize. Click here to read more.
You current ranking:
Time Left: 2h 50m 48s