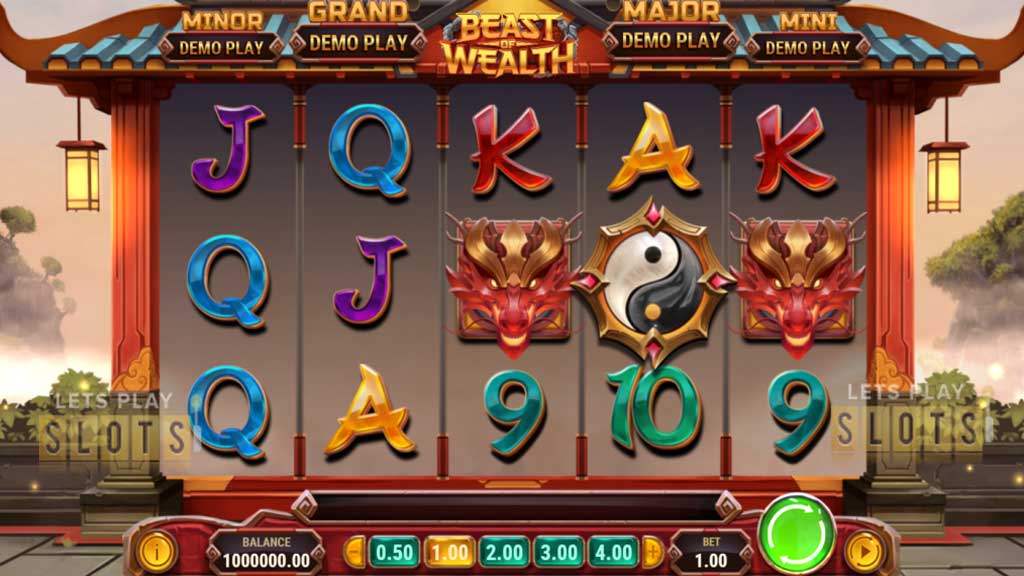 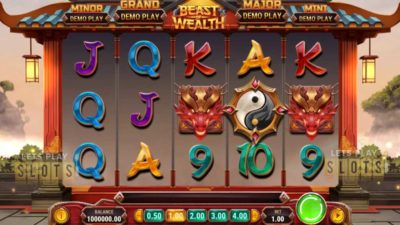 Slot developers spend a lot of time on Greek and Chinese mythology as there is so much history for them to tap into and come out with new slot games. Play’n GO is the latest developer to come out with a Chinese themed slot titled “Beast of Wealth” as the latest edition to its Wealth series of slot. In this game, players are hoping to get the blessing of the Beast of Wealth and add to their riches.

Players are taken to a temple hideout in the mountains. The temple has four guardians and they are the main four symbols. The game presents this all inside the temple with a traditional Chinese tune playing in the background. Players of the Wealth series will notice a similar design to the earlier games.

The game has five reels and three rows with 243 ways to win. The symbols are a mix of the thematic and card royals. The card royals are the least valuable while the four guardian beasts present as more valuable symbols. The most valuable one is the Dragon. Players can get 10x their stakes if they get five on their payline. You will also find symbols of a Tiger, Bird and Tortoise Guardians but they are less valuable.

Players can wager from 10 cents and up to $100 per spin. This isn’t so high and the game has a medium to high variance. This game has an RTP of 96.17 percent.

The game has two special symbols. One is the Scatter which looks like the Yin and Yang Symbol. The Gong is the game’s Wild symbol.

Since the game is part of the Wealth series, players have a chance at the four progressive Jackpots. Normally, players can go as high as 5,000x their stake per round. Additionally, the game shares the Gold Reels feature. This means a reel can suddenly become Gold and provide access to a bonus game that can give players a chance at the jackpots.

Additionally, there are free spins which come from the scatter symbol. When this happens, players will get eight free spins and have to select one of the guardians. The player’s choice of guardian will affect what sort of symbols show up during the free spins. Players can choose the Mystery Option which provides players with a random guardian and a random number of symbols. Players can suddenly fill the entire grid with Dragon symbols if they are lucky.

Overall, Beast of Wealth is a fun continuation of the Wealth series and deserves a few spins when you get the chance.

Hurray! There is a competition going between users of our site!
You have to do nothing, but browse out site, and win a daily prize. Click here to read more.
You current ranking:
Time Left: 8h 9m 0s