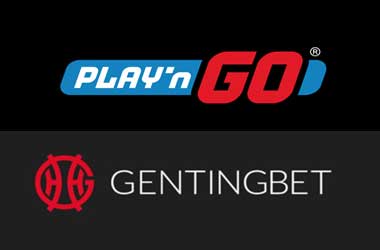 Malta-based developer Play’n GO is making further inroads into the UK online gambling market. The slot game maker has just signed a deal with GentingBet which is a subsidiary of the Malaysian gaming giant, the Genting Group. This will allow GentingBet to offer Play’n GO’s portfolio of online slot games to the UK market and then to eventually roll operations in Spain later this year.

GentingBet is not as high profile as some of the other major operators in the UK market but the company has been making steady progress expanding into the European market. Earlier this year, the operator announced plans to enter the Spanish iGaming market. GentingBet has already applied for online gaming and online betting licenses to the Spanish market, considered one of the largest regulated gambling markets in Europe.

A deal with Play’n GO will strengthen the company’s gaming portfolio and give UK and Spanish players a lot more choice. Some of the popular slots of Play’n GO include Wizard of Gems, Rage to Riches, Pearl Lagoon, Aztec Idols and Gemix. These games are a hit with European players because they strike the right note with EU players.

This new content supply deal is just one of Play’n GO’s recent deals to increase penetration into the UK gambling market. The company has been signed a number of deals in recent times with some of the major operators in the UK and will now flood the UK market with its branded online casino games.

A Good Deal On Both Sides

This strategic deal will benefit both companies with their expansion plans in to the EU market. GentingBet recently opened new interactive headquarters in Malta as it positions itself to become a major player in the EU market.

Play’n GO Chief Executive Johan Törnqvist stated that the company was happy to partner with a reputed operator like GentingBet and is confident that their players will enjoy the vast range of games on offer from Play’n GO.

GentingBet Managing Director Jeremy Taylor was equally pleased with the new partnership stating that it was a win-win for both companies as partnering with a reputed brand like Play’n GO will ensure that their players have a nice variety of games to choose from.

Play’n GO has been around since 2005 and is known for releasing some really cool and innovative slot games.

Hurray! There is a competition going between users of our site!
You have to do nothing, but browse out site, and win a daily prize. Click here to read more.
You current ranking:
Time Left: 10h 35m 46s