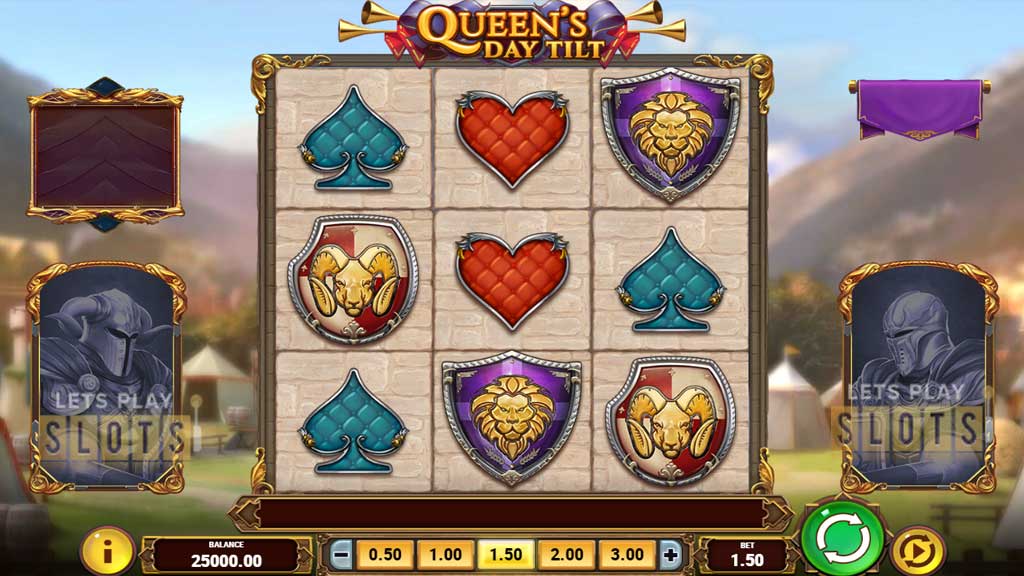 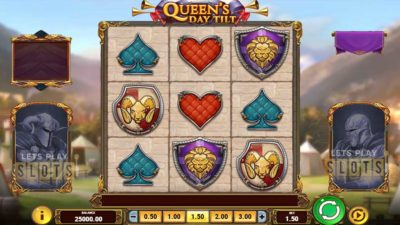 Play’n GO has just finished developing its latest online slot game which is sure to please a lot of players.

This new slot is based on medieval tourney and knights;” Queen’s Day Tilt” is a slot game that has interesting mechanics and gameplay. Played out in the middle of a royal tournament, players will help knights receive the royal favour in this traditional slot game.

The first thing that most players will notice is the small grid where they will be playing. Instead of the now-normal five reel, three row grid, players will be competing on a 3×3 grid. The game features several symbols which determine the level of the win.

However, unlike normal slot games, players only need two symbols to get a win. This is counted both horizontally and vertically.

Low-value symbols for this game are the traditional card suits. Medium value symbols are the three shields, with the Lion shield being the most valuable. There are three high-value symbols. These are the red knight, the blue knight, and the queen. All of them have equal value – but they each have different effects on the game.

When players win, the winning symbols are removed and new symbols drop down to replace them. This can potentially result in more wins for the players. Additionally, when three symbols match, the middle symbol is automatically turned into a wild. One more interesting feature in this game is that if players don’t get a win, a random symbol is turned into a wild – which is the queen. With all of these cool features, it will be surprising if the player doesn’t win once.

Beyond the normal spins, there are also a couple of special features. First, there’s the Game of Accession Feature. This happens when both red and blue knights score a winning combination during the same spin. The result is that a battle takes place which decides which knight ends up winning. A free spin is provided which only has blue and red knights. Players have to wager which one gives the bigger payout. If they are right, then they keep their winnings. If they are not right, then they lose everything.

A special bonus feature is activated when only one symbol remains on the grid. This activates the Free Spins feature. Five spins will be given and an initial 2x multiplier will start. All low-value symbols will not be included in these spins. Overall, Queen’s Day Tilt offers an interesting new gameplay experience that is hard to beat.

Hurray! There is a competition going between users of our site!
You have to do nothing, but browse out site, and win a daily prize. Click here to read more.
You current ranking:
Time Left: 7h 53m 52s