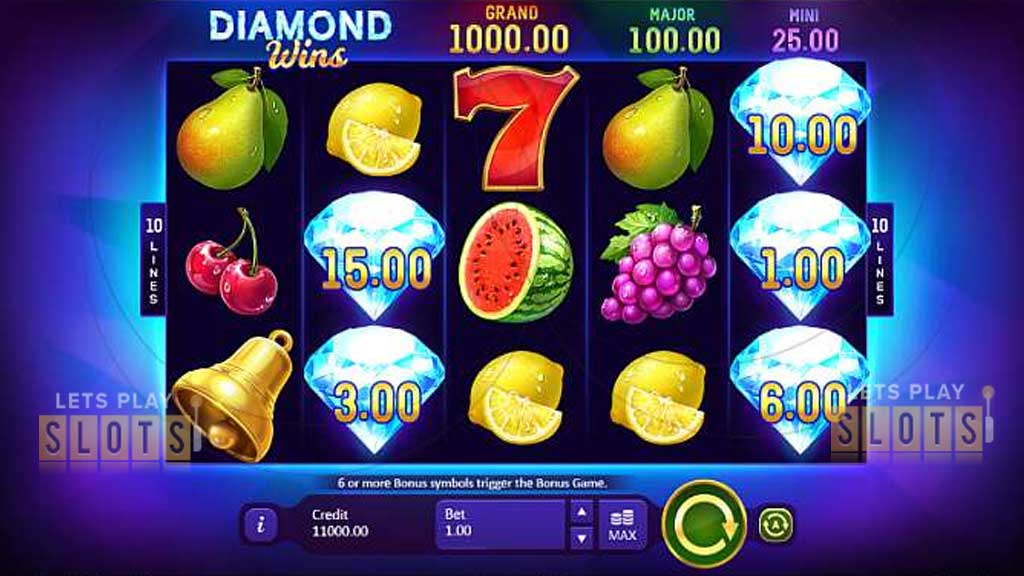 Playson Goes Back To Basics With “Diamond Wins Hold and Win” 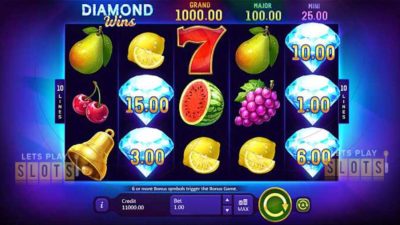 Slot developers are constantly striving to come out with new and innovative slots to keep the younger generation engaged.

Playson decided to do things different and come out with a classic slot that gives slot players a chance to experience some great gameplay.

There are no stories or themes to this game. It is all about the gameplay. Players will be presented with a simple five by three grid layout. There are then 10 paylines for players to win with. The graphics are crisp and clean which ensures players know what they will be getting.

The symbols that the game uses are the traditional slot symbols. This includes pears, grapes, watermelons and golden bells. All of these four are the ones that will give players big rewards. The other half of the symbols, which include cherries, oranges, plums and lemons, are not as valuable.

The game has simple betting options. Players can start with 0.10 credits and go all the way to 100 credits. The game is pretty solid when it comes to payouts. The average RTP is at 95.52 percent and the jackpots that the game has can give players 1,000x their original stake.

While the game has no theme, it doesn’t mean that there are no special features. The game has some pretty wild ones that focus on increasing a player’s wins. For one, there is the Wild 7 symbol. It appears in the second to the fifth reels. Like any wild, it can act as any other symbol, except for the bonus symbol. This makes it much easier to win.

Players can also trigger the bonus game. This is thanks to the bonus diamond symbols that show up. Players need to get six or more of them to show up in a spin. They don’t even have to land on the paylines. When enough symbols appear, players will then get three chances to fill the grid with bonus symbols. After every spin, the bonus symbols that appeared will stay. Additionally, every time a new bonus symbol shows up, players reset the spin counter back to three.

When a player fills up the screen with diamonds or the counter runs out, players then either get a jackpot reward or nothing. It all depends on the number of diamonds they collected.

So if you are looking to spin the reels and enjoy some fantastic gameplay, do give Playson‘s Diamond Wins Hold and Win a try.

Hurray! There is a competition going between users of our site!
You have to do nothing, but browse out site, and win a daily prize. Click here to read more.
You current ranking:
Time Left: 16h 19m 32s