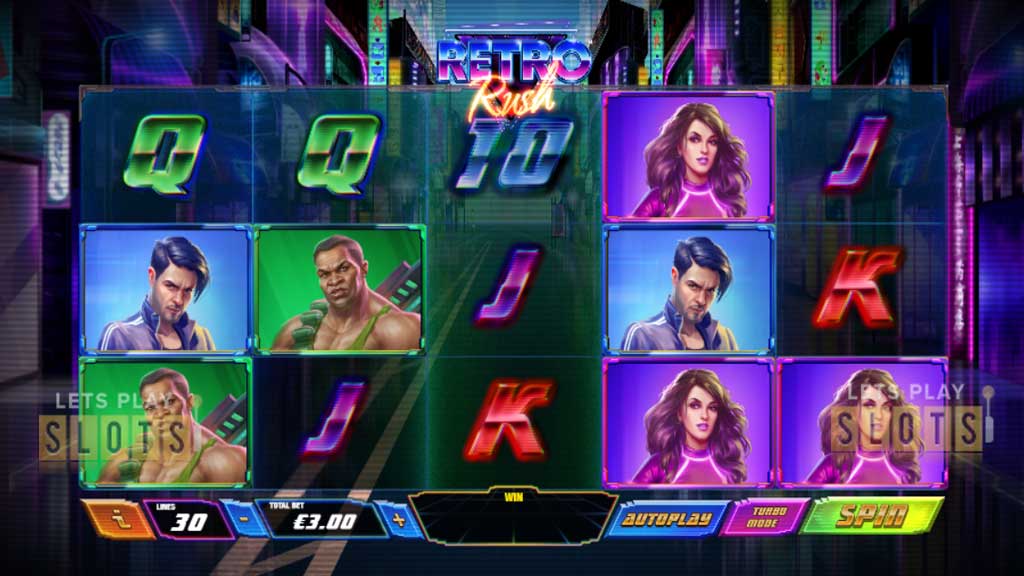 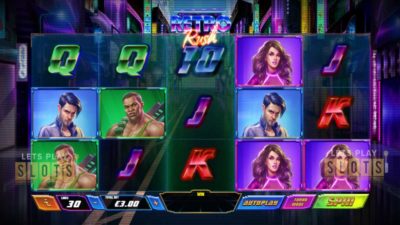 Science fiction has always been a popular genre with slot game developers. Playtech has decided to use this theme for its latest slot release in 2020. The new slot game is called “Retro Rush“.

In this game, players are on the roads of a futuristic Asian city. The game is filled with bright colours that get you in the mood for some fast paced action. Combined with a synth soundtrack, players will feel like they are being immersed in the theme. The graphics are on-point and the game looks great.

The game itself is pretty impressive. The game has five reels and 30 paylines. Players will be looking to score winning combinations.

The game features A, K, Q, J and 10 royals as the basic symbols of the game. Five special characters are recognisable by their colour. They are the more valuable ones and players can score 20 times their stake if they get five of the white-haired old man on a payline.

The game itself has some special features. For one, players who score a winning combination get the Sticky Wins feature. The winning symbols stay in position while the reels spin. Players can then win more as paylines receive new symbols. Wild symbols also show up after the first, second and fourth respin. These can give multipliers and allow for easier wins.

The game also has a Free Games feature. Players will be able to trigger it if they score the scatter symbol, which is a take-out symbol. When it appears, players will get five free spins. It may not seem like much but additional rows are added to the grid along with additional 30 paylines. The result is 60 paylines for the game.

During these free spins, players can be lucky to get the Sticky Win feature. Additional wilds are added to the mix too. Players who can land a wild will also see them take over an entire reel. This is a big bonus since a wild reel makes it easier to win. The only limitation is players cannot get more than five spins.

Overall, Retro Rush is a pretty good game. Players can get 3,000 times their stake in a normal spin and double that during the free spins. Do check it out when it comes to your favourite online casino.