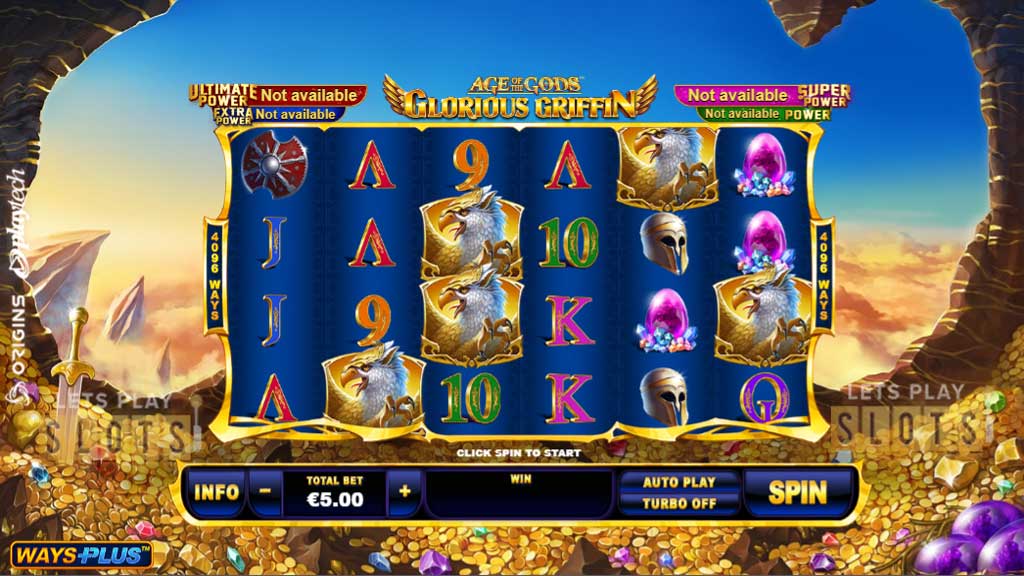 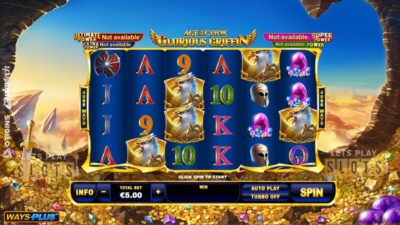 Playtech has done very well with its Age of Gods slots series. Players love the theme and keep coming back for more as the game explores the world of Greek mythology. This time around, players are tasked with getting treasures from the nest of the glorious Griffins which dominate the skies.

In this game, players are adventurers who are on the hunt for the majestic griffin. When the game starts, players are treated to the sight of the griffin’s nest. Instead of a normal nest, full of twigs and sticks, they get to see a cave full of gold and treasures. These riches reflect how much money players can potentially win in this game.

The game uses the Age of Gods theme and it continues the tradition of great-looking graphics. This new slot in the series looks like it is going to be yet another hit for Playtech.

There are incredible details in the background and the colors really pop. This is combined with background music that will really get players in a mood to hunt treasure.

As for the gameplay, the game continues the Age of Gods tradition. The grid has six reels and four rows, while players will have 4096 paylines to try to win on. Players have a minimum bet of 0.20 and they can go all the way to 200 credits, which can become a big prize for lucky players.

The game has the usual mix of symbols. Players will see the low-value card royals, but they will want to aim for the high value symbols which come in the form of valuable shields, helmets, treasure chests and griffin eggs. The biggest payout from a symbol is the griffin, which gives players 400x their stake if they get five of it. The game has a decent RTP of around 96 percent so players have a good chance of getting a win.

Like any Age of Gods game, “Glorious Griffin” delivers an impressive set of special features. The most impressive one on the list is the fact that it is part of the Age of Gods progressive network. Lucky players can score the big progressive jackpot and have millions of dollars in a single spin.

Most players will be happy enough with the Ways Plus system. Players can sometimes land a symbol that has blue fire around it. When this happens, it expands in four directions so players have a great chance of winning. Additionally, there are the usual free spins.

Overall, the game is great and continues to bode well for the Age of Gods slots series.

Hurray! There is a competition going between users of our site!
You have to do nothing, but browse out site, and win a daily prize. Click here to read more.
You current ranking:
Time Left: 19h 8m 33s