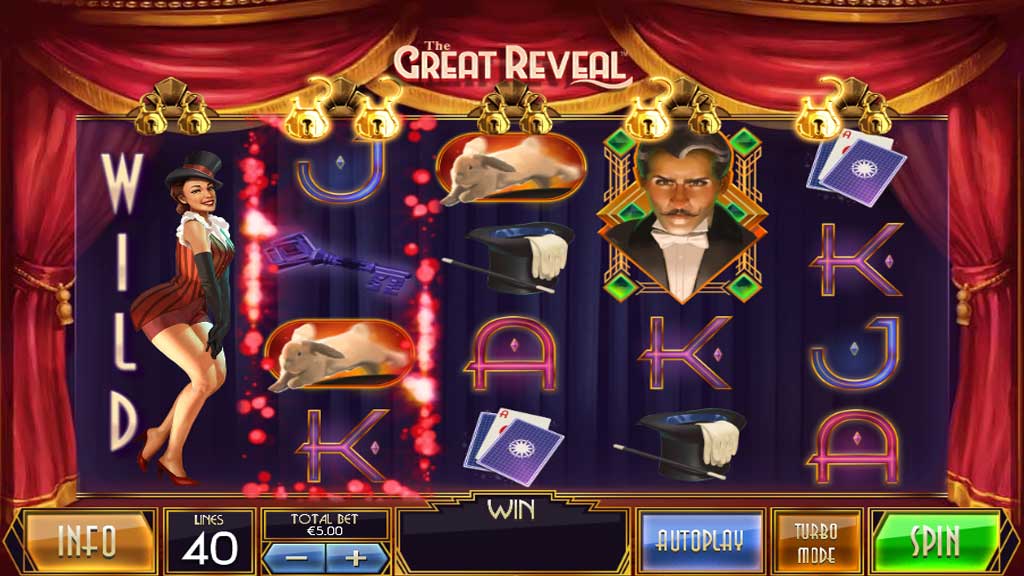 Playtech Set To Thrill Slot Lovers With ‘The Great Reveal’ 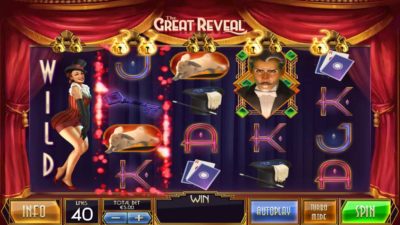 Playtech has an impressive portfolio of slot games which are immensely popular with slot lovers due to their high RTPs. Now the casino software developer is adding to its portfolio with its latest released called ‘The Great Reveal’.

Stage magic is still very popular these days. The romance of pulling off a grand illusion is still there, thanks to memorable performances by popular stage magicians. Playtech is hoping to tap into that enthusiasm with their newest slot game. In this game, players are on a magician’s stage hoping to collect the right symbols for a big payout.

The basic gameplay should be familiar to anyone who loves playing slot games. It is a five reel, 40 payline slot with all the familiar bells and whistles. The low-paying symbols are the familiar card symbols. Players can spend up to £500 a spin to ensure that they get a big payout if they get the minimum number of symbols for a winning combination.

For those who want a crack at a bigger reward, there are several unique symbols that are appropriate to the theme. This includes roses, a top hat and gloves, rabbits, doves and the magician himself. Those who want to win big will want to score the magician. If a player gets five symbols in a payline, they get five times their original stake. The magician occupies two slots on a reel which makes things a lot easier for the player.

Playtech brings all of this in a nice package. The visuals are great and the music is that perfect jazzy blend that relaxes and puts one at ease. Players will like killing their time with this slot game.

The real draw of most slot games is the bonuses. The Great Reveal has an interesting one which gets activated with the Wild Reveal feature. Among the symbols are keys. Paired with these symbols are two padlocks at the top of each reel. Every time a key lands on a reel with a locked padlock, one of the locks is opened. When the two locks are opened, for two spins, a wild symbol will appear on the reel. Wilds act as any symbol in the game and can help players rack up big wins.

Hurray! There is a competition going between users of our site!
You have to do nothing, but browse out site, and win a daily prize. Click here to read more.
You current ranking:
Time Left: 13m 47s