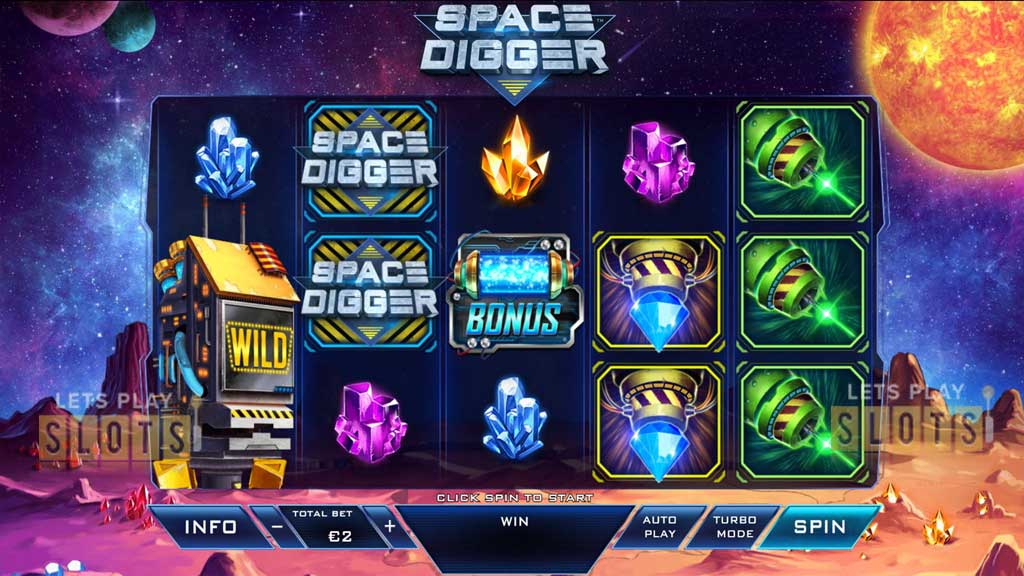 Playtech Takes You To On A Space Exploration With “Space Digger” 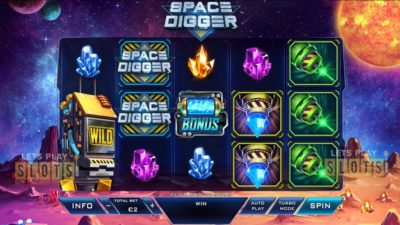 Outer space tends to fascinate a lot of people across the world. There is something about exploring the different planets and travelling between galaxies that really gets people excited. Playtech has decided to use outer space as a theme for the new slot game called ‘Space Digger’. This game takes players to space and has them digging up a ton of gems.

When players start this game, they will immediately be taken into space. A brightly burning sun is in the background, along with a number of gems. The game features five reels and 20 paylines. This is a pretty basic setup and should allow players to get into the game quickly.

The game has a set of low-value symbols. These are four gems in different colors: orange, blue, purple and red. The game also has high-value symbols in three different types of diggers. These can reward players four times their stake when they get five across a payline. The game’s most rewarding symbol is the Space Digger logo. Players will get ten times of their stake if they get five of it on a payline.

The game also has a wild symbol. It appears stacked and if players score it, they can get as much as 12.5x their stake. Besides being a substitute for other symbols, the game triggers the Wild Digger feature when the wild appears fully on a reel. This means that when it is part of a winning combination, it shifts to the right. If not part of a combination, the wild stays. This feature is active as long as there is a wild symbol on play.

Space Digger also has some nice bonuses associated with its scatter symbol. The main bonus is the Hidden Gems Free Games feature. Players trigger this when three scatters are scored in a single spin. Players are then awarded eight free spins. The bonus is that there will be an active digger wild on the first reel. Any stacked wilds that are available in the base game carry over.

Besides having the wilds move during wins, players will see wilds go up and down so as to take over the reel. This will help in triggering the Wild Digger feature. The possible result of this is an entire screen being taken over by wild symbols. This can give players a big win as they can get as much as 250x their stake. Overall, this game is simple to play, a lot of fun and has nice payouts.

Hurray! There is a competition going between users of our site!
You have to do nothing, but browse out site, and win a daily prize. Click here to read more.
You current ranking:
Time Left: 5h 2m 13s