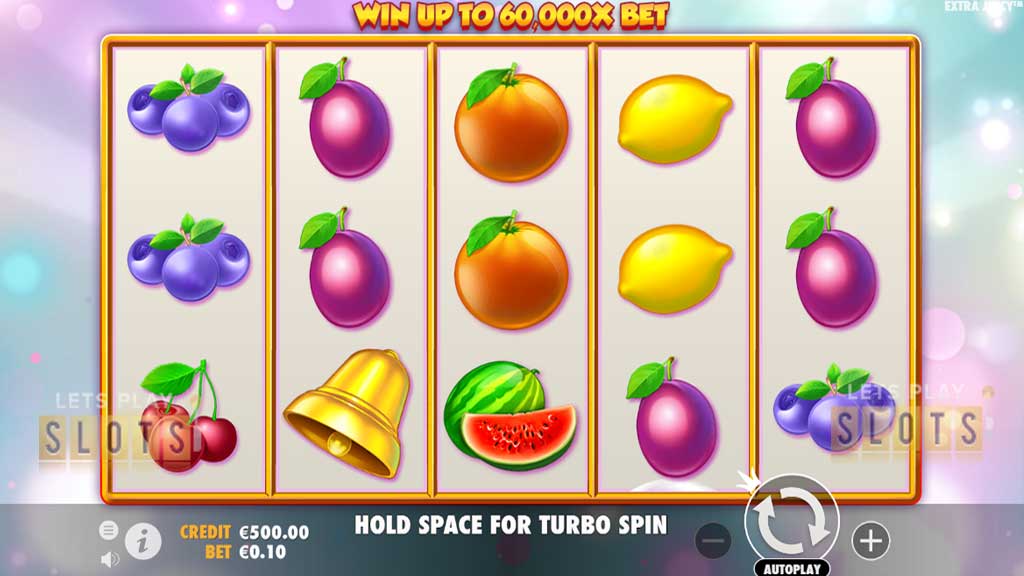 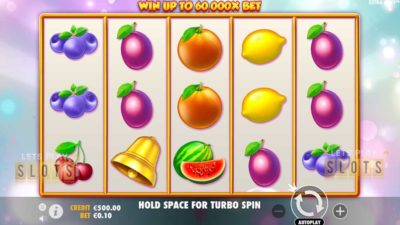 Pragmatic Play is looking to take slot lovers back to the past with its latest offering ‘Extra Juicy’.

In the past, most slot games were called fruit machines because of the symbols on their reels. These slot machines were pretty basic and offered only three reels and were pretty volatile when it came to wins.

Pragmatic Play is bringing all of that back with its new Extra Juicy slot game which is expected to hit online casinos shortly.

Extra Juicy takes the old and merges it with the new. Players will find five reels and 10 paylines instead of a single one.

The visuals of the game are a distinct echo of the slot machines of old, with a nice little tune in the background. The rules for winning are pretty simple: just match up symbols left to right to get a winning combination.

There are eight symbols in the game. Six of them are the familiar fruit symbols. There is also the bell, which is the most valuable symbol. If players get five of this symbol, they get back 100 times their original stake.

To keep on spinning the reels, there are two choices available. Players can either press the space bar and the game will just calculate if there is win or not. This makes the game move really fast. The second option is for players to set-up an auto play system if they want to leave the game for some time.

There is just one big bonus when it comes to this game. It features a Progressive Multiplier Free Spins feature. This happens when the diamond scatter symbol lands on reels one, three, and five simultaneously. The reward is that players get 12 free spins.

However, these free spins are not the only prize that the players get. Each spin gets a multiplier. This means that no matter if they win or lose, the reward increases. This allows players to win later on in the game via the free spins and get a crack at the big jackpots.

The interesting part of this game is that the free spins can be triggered again up to four times. This means that players can get a 60x multiplier and 60 free spins. That’s a lot of free spins and potentially a big jackpot.

Overall, with the attraction of a large jackpot and simple gameplay, Extra Juicy should be an interesting slot game for players.

Hurray! There is a competition going between users of our site!
You have to do nothing, but browse out site, and win a daily prize. Click here to read more.
You current ranking:
Time Left: 8h 53m 43s