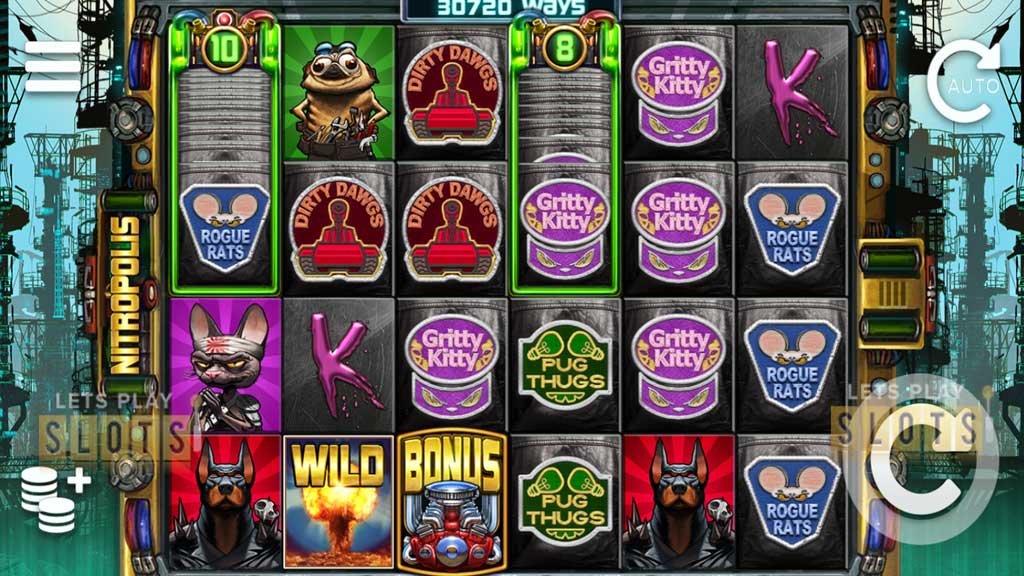 Prepare For A Post-Apocalyptic World With Elk Studio’s “Nitropolis” 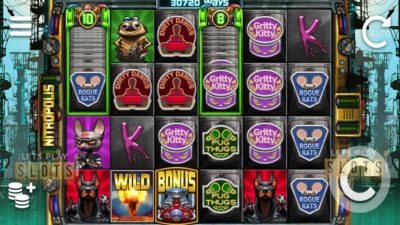 Players who like the post-apocalyptic theme are going to like this new game from Elk Studios. Called “Nitropolis“, players are taken to a world where they have to join roaming mutant gangs to survive.

The setting is an industrial wasteland and players want to score the tech treasures from the old world.

The graphics are pretty good and the cartoon style makes the four animal clans that are the heroes of the slot look great.

The setup should be familiar. The game has six reels and four rows on the grid and 4,096 ways to win. Players can wager from 20p and £100 per spin.

The big betting range makes this game attractive to high rollers especially if they get lucky and hit a big jackpot. The RTP is a decent 96.1 percent which is just above the industry average the most slot players look for. It also helps that Nitropolis is high variance slot game.

The symbol mix is a traditional one of card royals and thematic symbols. There are card royals for the low-value prizes. The more valuable ones are the various leaders of the gangs. There is also the mushroom cloud that acts as a wild. The max payout that players can collect on this game is 10,000x.

The game follows Nitro Reels rules which means that players can win not just horizontally but also vertically. This only happens when the Nitro Reels activates. When players fully activate all the Nitro Reels, there will be 85,155,840 ways to win. Besides increasing the odds of winning, players can also get a respin whenever they win which is very rewarding. Bonus respins are not just for winners. When players don’t score a win, there is a chance for them to collect a free spin.

The main bonus game is the free spins feature. The Scatter symbols are present and players just need to score three or more scatters to trigger a bonus game. The minimum free spins are 10 but players can go all the way to 25 free spins if they are lucky. Additionally, the free spins also activate additional bonuses. When this happens, one symbol from the lot is randomly selected and is considered to be a scatter symbol. Do note that when a Nitro Reel lands during free spins, it locks in place and will stay that way until the free spins are over.

Do give Nitropolis a few spins when it shows up at your online casino.

Hurray! There is a competition going between users of our site!
You have to do nothing, but browse out site, and win a daily prize. Click here to read more.
You current ranking:
Time Left: 5h 24m 9s