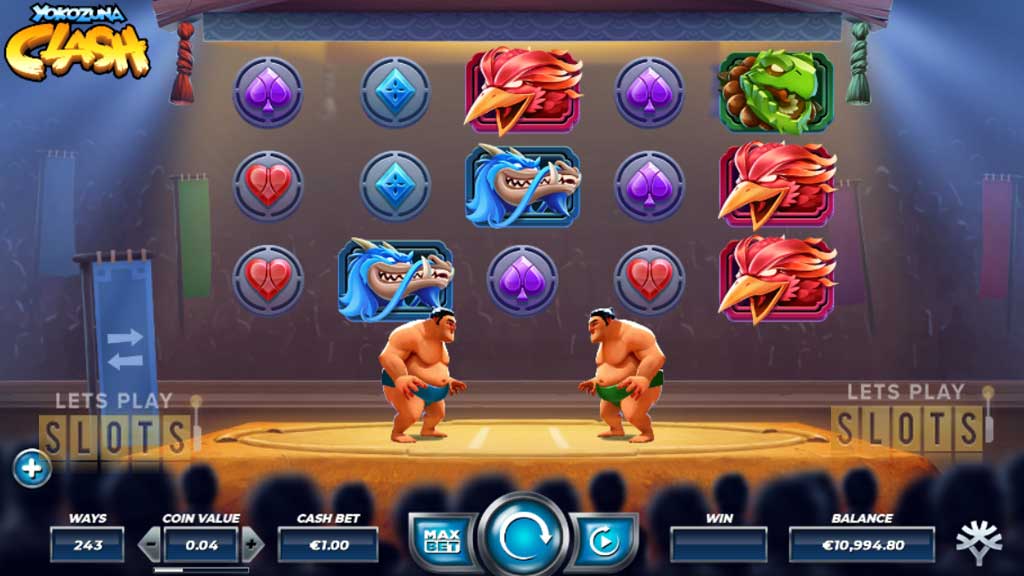 Prepare To Enter The Sumo Ring With “Yokozuna Clash” 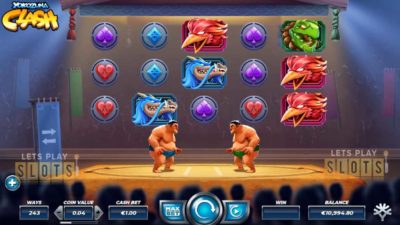 Sumo wrestling is one of the traditional sports of Japan that has a fan base across the world. This incredible form of wrestling involves two gigantic wrestlers facing off in the ring. Yggdrasil Gaming has decided to use the Sumo theme in its latest slot game called “Yokozuna Clash“.

In this game, players are hoping to earn the title of Yokozuna, which is the highest title in Sumo wrestling. Players are introduced to the game as they get taken on a trip to Tokyo and to the Sumo ring where players face off with a frightening opponent to earn a title. This is all done with five reels that has 243 ways to win. The goal as always is to get winning combinations.

The game’s low value symbols are the four different card suits: clubs, hearts, spades and diamonds. Though they are good enough to win prizes but players should aim for the more valuable symbols as they pay out better. They include red phoenix birds, green lizards, purple tigers and blue dragons. The most valuable of these symbols is the phoenix which gives players 12 times their stake when five are scored on a payline. There is also a wild symbol that will replace all symbols except for scatters.

This game becomes exciting because of the different bonuses on offer. One of the more fascinating ones is the random sumo features. There are two that can show up. Riku gives players up to two wild symbols in any of the three middle reels. Haru, on the other hand, gives either a 2x or 3x multiplier to a player’s winning combo.

The game also has the Tournament Free Spins feature. This is triggered when the free spins symbol appears on both the first and last reel. During the free spins, players can score from both left to right and right to left. This is where things can get complicated. A meter pops up and it will determine how long the free spins last.

Do check out this game when it arrives at your favourite online casino as you will have a fun experience!

Hurray! There is a competition going between users of our site!
You have to do nothing, but browse out site, and win a daily prize. Click here to read more.
You current ranking:
Time Left: 2h 27m 25s