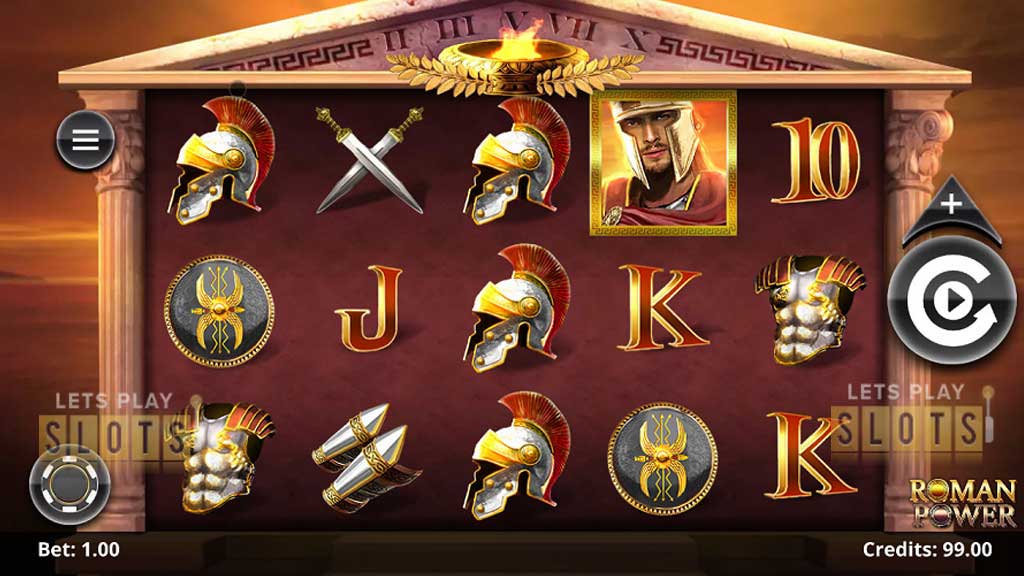 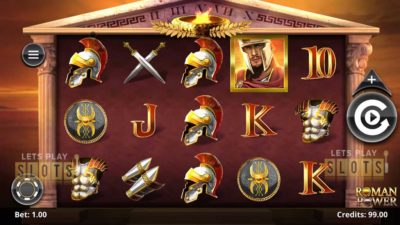 The Roman Empire was the largest and most popular empire of the past. TV shows, movies, and books have used Rome as the setting and theme so much so that the Roman Empire has now become a brand of its own.

SpinPlay Games, a new developer, has decided to release a slot theme based on the Roman Empire. The new game is called “Roman Power” and it sure lives up to the name.

The new game is a project developed in cooperation with Microgaming so you can expect to see this game in Microgaming online casinos. The game focuses on the part of the empire that holds an appeal to so many: the Roman army.

The background of the game is a Roman temple with Roman numerals and an eternal flame going. There are also images of the army in action. This is combined with a stirring soundtrack to get people in the mood. The grid itself is the standard five reels and three rows. There are 20 active paylines so people gave a good chance of winning.

The symbols on display on the grid are a decent mix. The low-value ones are all the card royal symbols. The more thematic symbols are more valuable and are composed of legionnaire’s swords, bracers, round shields, chest armors and helmets.

Players will also enjoy the special features that the game has. For one, the game has a great set of wild symbols. First, there is the basic Centurion. He acts as a simple wild and can give 20x the player’s bet if three or more are on a payline. Combined with other symbols, players can get up to 4,000x their best on a single spin.

The game also has a Hero Wild which acts like the normal wild but whenever it is part of a winning combination, it will expand to cover its entire reel. This means that players can have multiple wins added to the current one. Besides expansion, the Power Multipliers feature can be triggered. This means that a random multiplier between 2x and 10x can be applied to the wins.

SpinPlay has done a good job with this game and it will give players a fun time.

Hurray! There is a competition going between users of our site!
You have to do nothing, but browse out site, and win a daily prize. Click here to read more.
You current ranking:
Time Left: 4h 25m 58s