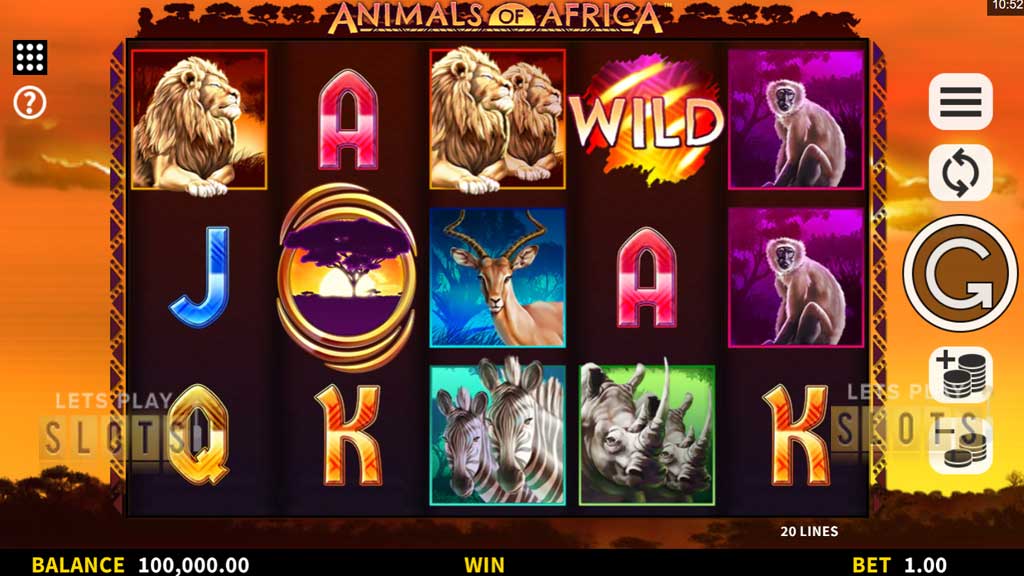 Prepare Yourselves For A Hunt For The “Animals Of Africa” 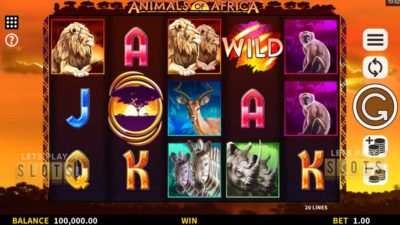 If you are one of those individuals who has always wanted to go on an African Safari but never got the chance to do so, you should try playing the new slot game from Gold Coin Studios titled “Animals of Africa“. In this game, players are taken to the plains of Africa as the sun sets in the backdrop and they should be prepared to hunt.

Players are presented with five reels and three rows. There are 20 paylines for players to win on, is a pretty decent spread and should allow for players to have a decent shot at a win.

The betting range is rather limited. Players can wager from $0.20 up to $30. The low minimum is good since it allows for a lot of players with small bankrolls to play but the low maximum is not good for high rollers who want to go big. Additionally, the low bets also mean that there is an upper limit to how much players can win.

The game’s symbols are a mix of the usual symbols in most slot games. First, there are the card royals which represent the less valuable symbols. Players will only want to win them to get back their bets. Next, there are the premium symbols. These are what players want to score because of their value. They are mainly animal symbols, which include zebras, rhinos, lions, antelopes, and monkeys. The interesting thing about the premium symbols is that they also come in double versions.

Besides the basic symbols, there are also two special symbols. They are the Wild symbols, which can substitute for any regular symbol and the tree Scatter symbols, which can trigger special features. The double versions of the regular symbols are also special since they count as two of the symbol, so players can potentially win with one of these and a regular single symbol. Players can also get 10-symbol wins if they are lucky.

Players can get free spins with three or more scatters. During these spins, players will see any wild symbol that lands expand to cover an entire reel and also give respins. Players can have a maximum of three respins with it. Besides these features, players can use the Gamble feature on any win, with a simple guess of heads or tails.

Animals of African has an RTP of 96.18 percent.

Hurray! There is a competition going between users of our site!
You have to do nothing, but browse out site, and win a daily prize. Click here to read more.
You current ranking:
Time Left: 8h 45m 41s