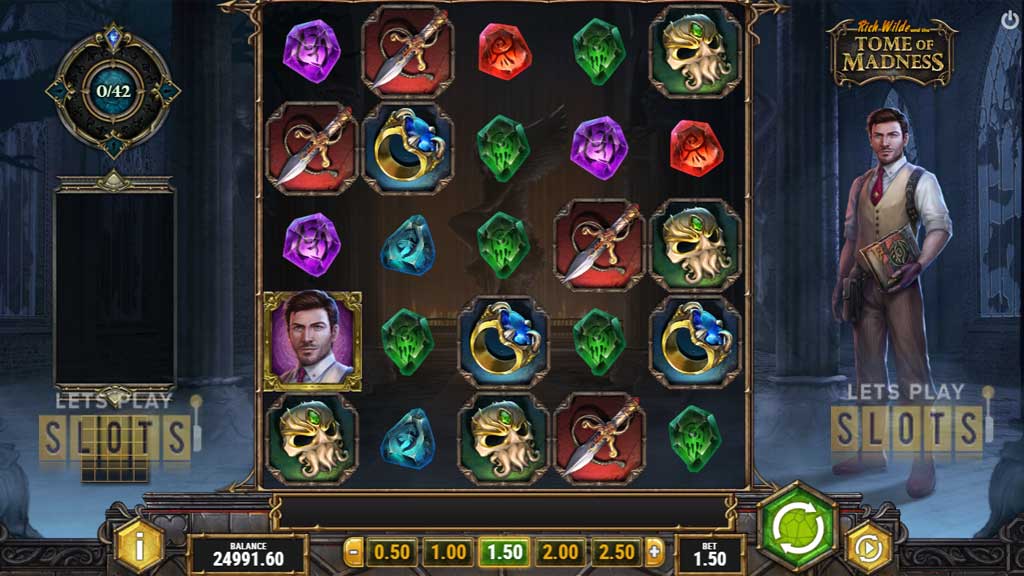 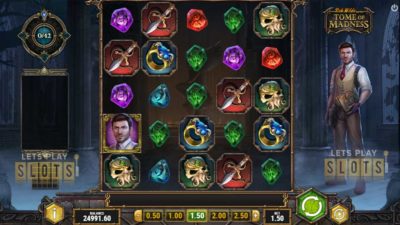 H.P. Lovecraft is considered one of the greatest names when it comes to horror in the 20th century. His Cthulhu Mythos is one of the most infamous literary universes out there and has become the topic of many pieces of entertainment. In “Rich Wilde and the Tome of Madness“, Play’n Go is taking players on a wild ride in this horror universe as Rich faces the horror of the Old Ones. This game is a continuation in the Rich Wilde series of games which has a huge following.

This is yet another adventure for Rich Wilde and as usual it does not fail to impress. This new slot will give players a chance to help Rich unlock the secrets of the Cult of Cthulhu. The graphics are amazing as it conveys the horror theme really well.

Players will not only be impressed by the visuals but also by the great gameplay on offer as it brings a new formula into the equation. Though played on a five row by five reel grid, players don’t have the usual paylines. Players get a winning combination when they have four of more symbols connected together either horizontally or vertically. This means players can get 10 or more in a cluster if they are really lucky.

There are eight basic symbols. Four of them are low-value stones. The other four are the more valuable and are skulls, daggers, rings, and octopus pendants. The last one is the most valuable. Players who get ten or more those pendants will get ten times their initial stake.

The real draw of this game is the fun features. For one, the game has cascading symbols. Every winning combination removes the symbols and drops more symbols down. Each win also charges the portal, which gives bonuses. During the game, random positions on the reels will have Eye Marks. Players who score a symbol in these locations will get two free wilds. Additionally, the portal can offer players two wilds every time a milestone is passed.

This game features some very fun wilds though. There is the Necronomicon and the Book of Madness. Rich Wilde serves as a multiplier wild which your chances of winning and can also replace any other symbol. Players who accumulate 27 symbols in their wins will activate the Void Portal Effect. This can remove one regular symbol from all the reels. Overall, this game is an impressive one as it will give you a fun experience and a chance at some good payouts.

Hurray! There is a competition going between users of our site!
You have to do nothing, but browse out site, and win a daily prize. Click here to read more.
You current ranking:
Time Left: 5h 39m 34s