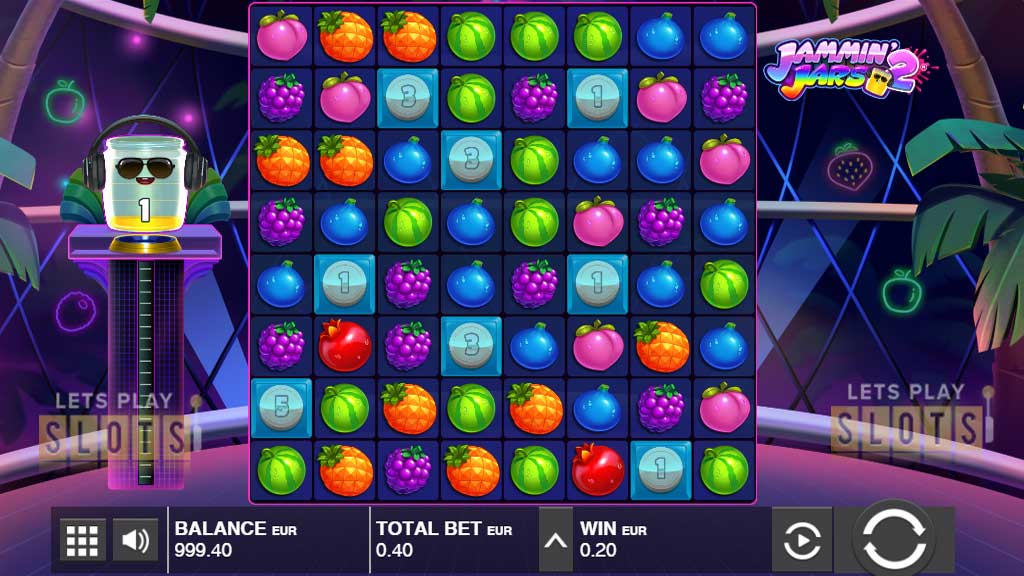 Push Gaming Lets You Dance Around With “Jammin’ Jars 2” 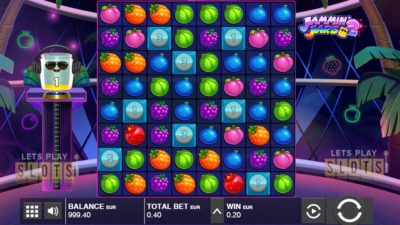 Push Gaming had some success with their original Jammin Jars slot. They decide it was time to follow it up with a sequel and released “Jammin’ Jars 2” which is very similar to the original with some upgrades. Players who loved the original will get a chance to get back to the dance floor again.

This time around, DJ Jar will be participating in some of the action. The graphics are good and the soundtrack will get your feet going.

When players start this game up, they will immediately see the familiar sight of the Jar Disco, with the background on full display.

The grid is a big one as it has eight reels and eight rows.

Unlike normal slot games, players will be presented with a cluster system instead of paylines. This means that players need to get a cluster of five or more symbols to get a win. The biggest cash jackpot they can get win in this game is $100,000.

If you have never played the original, then go straight ahead and try Jammin’ Jars 2. Jammin’ Jars 2 has a large betting range that starts at $0.10 and goes up to $100. The high max betting amount should encourage high rollers to try out the game.

The game also has a familiar set of symbols. Players who played the original will be familiar with some of them. They include pineapples, plums, watermelons, pomegranates, blueberries and grapes. There is also the Jar symbol, which acts as both the Wild and Scatter for the game.

Push Gaming players will like this game even more because of the special features. A lot of them revolve around the Jar symbol. As a Wild, it can replace any other icon in a winning combination. But additionally, it provides a multiplier to the wins it is part of. This makes for bigger jackpots. It can also move so that players would be able to use it more effectively. As a scatter, the jar also provides players with a chance to win big by getting free spins.

Besides, the scatter features, there is also the cascading feature that removes winning combinations and adds new symbols from above. This can potentially lead to more wins and the Fruit Blast feature, which drops big symbols into the mix. Jammin’ Jars 2 has an RTP of 96.40 percent.

Hurray! There is a competition going between users of our site!
You have to do nothing, but browse out site, and win a daily prize. Click here to read more.
You current ranking:
Time Left: 4h 24m 42s