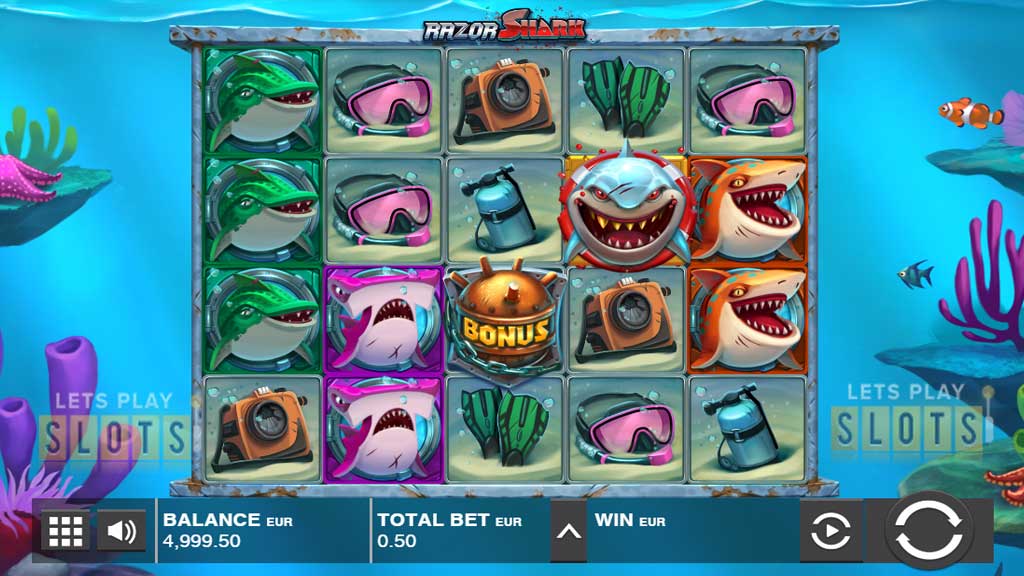 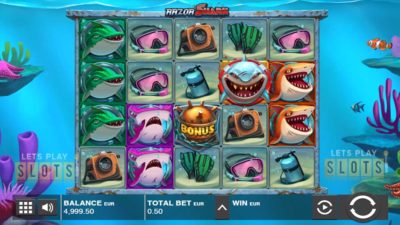 The ocean has always fascinated people. It has such great beauty and also great danger. One of these dangers is the majestic great white shark.

There are many creatures that roam the depths of the oceans but none of them are more dangerous than the great white shark.

Push Gaming is taking players on an ocean adventure in their new “Razor Shark” slot. Players will be able to engage one of the ocean’s greatest predators and have a fun time.

When players start this game, they will dive into the ocean and make their way into one of the many coral reefs.

Players will spend a lot of time under water as they help out the titular Razor Shark. The reels are featured prominently, with the game using a five reel, 20 payline setup. The cartoony graphics and the fun music make this an enjoyable experience.

The goal is to hit the winning combinations in the game by landing the right set of symbols. For low-value symbols, you will find oxygen tanks, swimming masks, flippers and underwater cameras. The really good payouts come when players score one of the five sharks of different colours. Plus, the great white is there to act as the wild symbol. Scoring five of it on a payline will give players 50 times their stake.

The basics are rewarding enough but the real draw of this slot are the special features that come with it. Razor Shark comes with the Mystery Stacks feature. Players will occasionally see stacks of four symbols that can land anywhere on the reel. This is will trigger the Nudge and Reveal feature. The stack can either reveal to show winning symbols or golden shark symbols, which are the most valuable symbol in the game. Players have a chance to win big with this.

Another option is the Razor Reveal feature. Each position on the mystery stack starts to spin and there is a chance that coins will appear to give players either scatters or win multipliers. The scatter symbols in the game trigger the Free Games feature. Players who score three or more sea mine scatter symbols get free spins, with each scatter giving out an additional free spin. The Free Games are special because the bonuses come out in full force. Reels two and four will have mystery stacks and multipliers will be active for all winning combinations.

The multipliers increase every time the Nudge and Reveal feature is triggered. Plus, the other bonuses get even more powerful. Players can potentially get 50,000 times their stake during this bonus round.

Overall, Razor Shark is a great game to play and offers players a chance at a big payout!

Hurray! There is a competition going between users of our site!
You have to do nothing, but browse out site, and win a daily prize. Click here to read more.
You current ranking:
Time Left: 9h 49m 18s