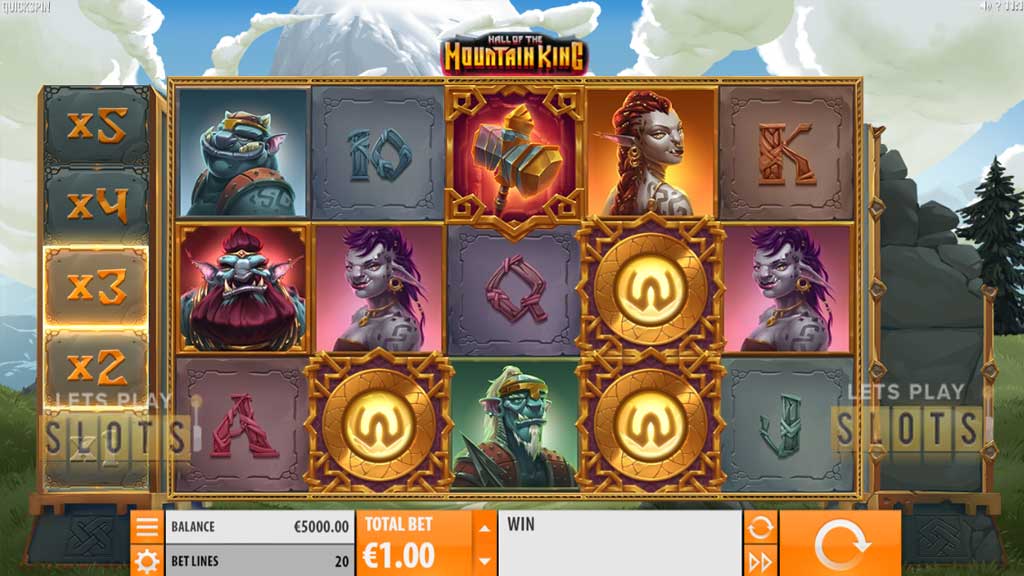 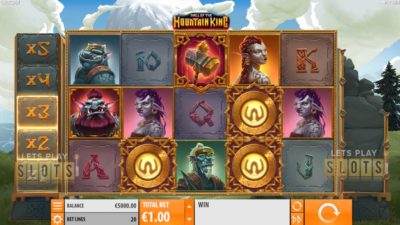 It’s time to adventure in the land of the trolls in the new slot game from Quickspin called ‘Hall of the Mountain King’. Players will take on the role of explorers and adventurers who have stumbled upon this magical land. The big question facing them is whether they will be able to get their hands on the treasures of the Troll King.

This game features a nice little theme combined with some fun gameplay that is sure to please everyone. Hall of the Mountain King features five reels and 20 paylines. Players will be able to make adjustments to their wager so that they can bet small amounts or they can go for the big wagers. Visually, the game is pretty good, with the background graphics and symbols pretty eye catching. The music is also very good at getting players in the mood to explore the land of adventure.

The goal of this slot game is to get a combination of winning symbols. The low-value symbols for the game are A, K, Q, J and 10 royals. Players will want to get one of the four trolls that represent the high-value wins. Players can get up to 40 times of their stake if they get five of the most valuable troll on the payline. Plus, there is a wild that can act as any other symbol, which makes it easier to win.

The real excitement of this game is the various bonuses. For example, there’s the Multiplier Meter feature. Every time a player wins, it is multiplied by the number on the meter. The level of the meter is dependent on the number of wilds that are part of their win.

Another interesting feature is the Free Spins Bonus feature. This happens when three or more Troll King hammer scatters are scored. Players then get to play a min-game that has three stages. First, there’s the Symbol Upgrade feature where the Troll King changes low-value symbols to high-value ones by breaking blocks.

Second, there is the Whirling Wild Collection feature. Players progress to this when the top block has been smashed. Players then get Whirling Wilds if they are revealed by broken blocks. The final stage is the Whirling Wild Drop feature when all the collected wilds are released. Overall, the game is a fun experience that brings a potentially high win if players keep on winning during the bonus game. Players should try it out when it arrive at their favourite online casino.

Hurray! There is a competition going between users of our site!
You have to do nothing, but browse out site, and win a daily prize. Click here to read more.
You current ranking:
Time Left: 22h 5m 26s