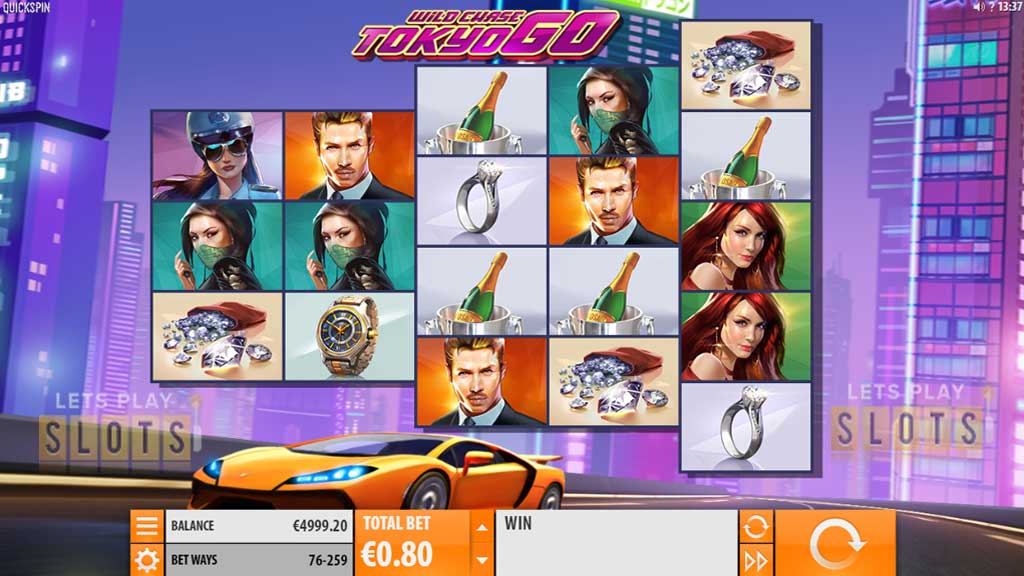 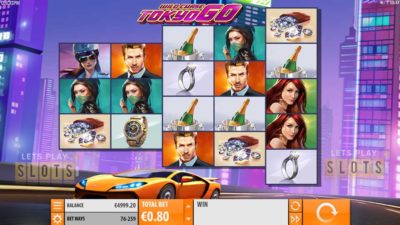 Urban racing is a dangerous but fun thing to do and young drivers across the world put their driving skills to the test every week. Quickspin decided to create a slot around this theme to give players the opportunity to indulge in urban racing through its latest slot “Wild Chase: Tokyo Go“.

The winding narrow streets in the capital city of Japan make it perfect for those seeking a challenge as the police keep a vigilant eye on the streets.

Players familiar with The Fast and the Furious series of movies will be familiar with the high-octane lifestyle of street racing. This game takes players to the mean streets of Tokyo as they seek to win the race of their lives.

Featuring five reels, the game fluctuates with its number of paylines. The lowest is 76 and the highest goes up to 259. The goal, as always, is to get winning combinations of symbols.

For the game’s low value symbols there are the luxurious trappings of Tokyo life like champagne, diamond rings, gold watches, gold bars and diamonds. However, for players who want to win big, they will want to score one of the four characters who are the high value symbols. Three of the characters are women and the fourth is a man who is also the most valuable among the four characters paying out 2.5 times their stake for five symbols. Besides the basics, there is also the wild symbol which is the Wild Chase: Tokyo Go logo symbol

The game also has some really interesting features. For one, players will always get a respin if they win. Players get one free spin after a winning combination plus an increase to the number of ways they can win. The maximum number is 259 and players can get to this number in four respins.

Players who get a fifth respin will trigger the Super Respin feature. This locks all the winning symbols in position while allowing for an additional spin. The free spins continue as long as more symbols are added to the winning combination. Considering that the game will have 259 ways to win by then, there is a pretty good chance for the respins to keep on coming.

Do check out Wild Chase: Tokyo Go when it comes to your favourite real money casino and give it a spin and go on a wild ride!

Hurray! There is a competition going between users of our site!
You have to do nothing, but browse out site, and win a daily prize. Click here to read more.
You current ranking:
Time Left: 3h 46m 31s