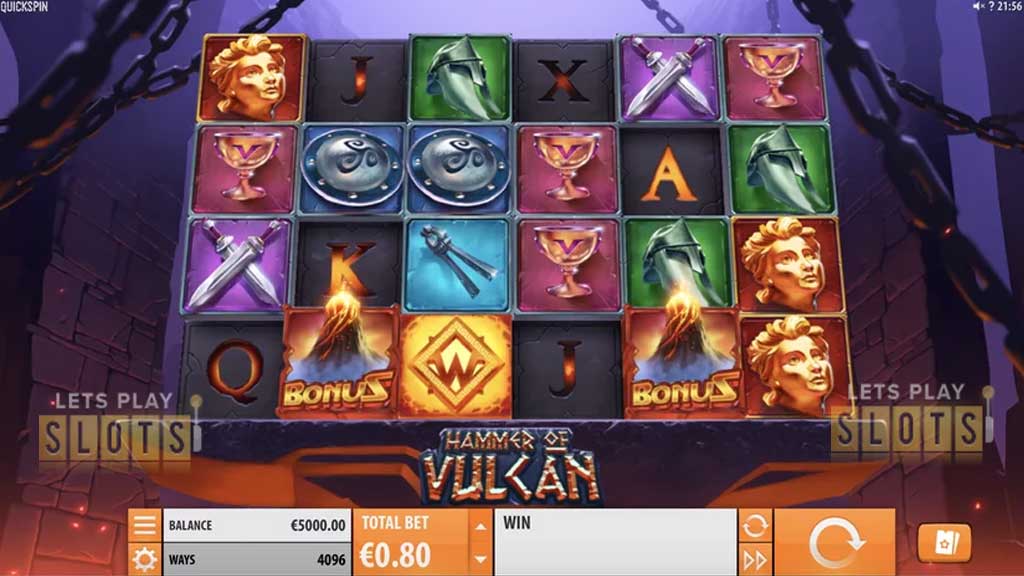 Quickspin Takes You Into The Forge With “Hammer of Vulcan” Slot 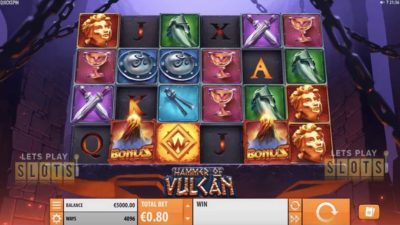 Vulcan is known as the Roman God of Fire and is rumored to spend his time underneath Mt. Etna. His work below the mountain is what causes the smoke to rise from this ancient volcano. His creations include multiple weapons and jewelry for the different Roman gods. Quickspin is focusing on him with their latest offering called “Hammer of Vulcan“.

When players start this game, they will be taken down deep to the forges, to see the miracle of creation. The top of the volcano is visible while stones and lava dominate the sides. The game has a heavy metal soundtrack that players will like. The graphics and audio for the game are spectacular and add a lot of excitement to the game.

The game starts with six reels and four rows. Players will have 4,096 ways to win. Some of the symbols for this game include the volcano, hammer and Vulcan. The winning combinations for this game can start from any direction but still require three symbols.

The game’s betting range starts from 10 cents per spin. The maximum is at 100 Euros per spin. The game has an RTP of 95.81 percent and has high volatility. So while you may not win frequently, when you do win, you can expect a big payout.

Quickspin knows how to make games exciting and players will see it with the special features that this game has. One feature that players will like is the Hammer Strike feature. This is when a Hammer Wild symbol lands on the reels. Vulcan then slams his hammer on the reel to turn all the symbols below the wild into wilds also.

Hammer of Vulcan also has Volcano Scatter symbols. Like scatters in other games, they can give free spins. Players trigger this by scoring a winning combination of Volcanoes. They can then get up to 20 free spins. During these free spins, additional features are in play. When another Volcano symbol appears, players will be able to get a few more free spins. Additionally, whenever the Hammer Strike feature activates, a multiplier is added. This has no limit so players can win big.

The great thing about free spins in this game is that players are sure to win. The Strike Again feature gives players a free spin if their last free spin does not win. The free spins continue until the player wins.

Overall, this is a game that makes players go wow. Do check out Hammer of Vulcan when it arrives at your favorite online casino.

Hurray! There is a competition going between users of our site!
You have to do nothing, but browse out site, and win a daily prize. Click here to read more.
You current ranking:
Time Left: 4h 11m 24s