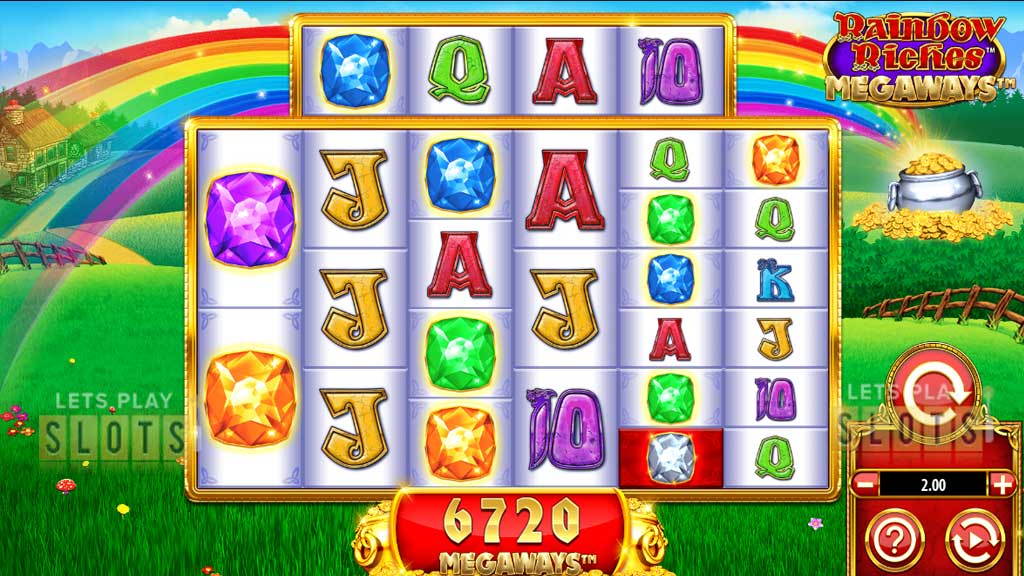 “Rainbow Riches” Gets A Megaways Revamp From Barcrest 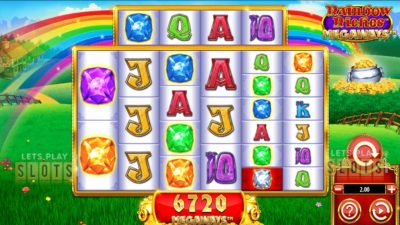 The original “Rainbow Riches” slot was an amusing game that had a unique theme as well as its most recent edition “Rainbow Riches: Home Sweet Home“. Barcrest has decided to bring new life to this classic slot game by teaming up with Big Time Gaming.

The “Rainbow Riches MegaWays” slot does borrow from the original version to give it that same feel. However, what is most noticeable is that it has six reels and has up to 117,649 ways to win. The theme is still the same but, this time around, players have the chance to get even richer.

Players are introduced to this game with the rainbow in the background, with the pot of gold at its feet.

The reels are full of familiar symbols. There are two sets of symbols that are present. There are the low-value card symbols. This includes A, K, Q, J and 10 royals.

The more rewarding symbols though are the gemstones. There are five of them: purple, green, blue, clear and orange gemstones. All of them give players 50 times their stake if they get six of them on a payline. The game has a wild symbol in the form of a lucky horseshoe. It substitutes for most symbols except for the various bonus symbols.

Since this is a MegaWays slot, players have a varying number of paylines. It starts from 324 and can reach 117,649. The more symbols that appear on the reels, the more chances to win. The six main reels can have two to seven symbols. There is also a horizontal reel above the four middle reels.

Besides the basics, the game has some interesting features that will make spinning the reels fun. First, there is the Cascading Wins feature. When players get a winning combination, the winning symbols are removed and more symbols drop down. There is a chance to get a new win from the new position and this continues until all wins are exhausted. There is also the Super Gem Bonus feature. The game has a Super Gem symbol. When it appears, all gems in play are converted to a randomly selected gem.

The game has the Free Spins Bonus feature. When four or more Bonus pot symbols are scored, players will get free spins. This can range from 12 to 22. During these free spins, plus 1, plus 2 and plus 3 extra free spins symbols are present to award players more free spins. There is also a multiplier feature that increases for every win. Players can also skip directly to the Free Spins feature by spending 100 times their current stake.

Overall, the game is a fun experience and uses its MegaWays engine to great effect.

Hurray! There is a competition going between users of our site!
You have to do nothing, but browse out site, and win a daily prize. Click here to read more.
You current ranking:
Time Left: 8h 17m 27s