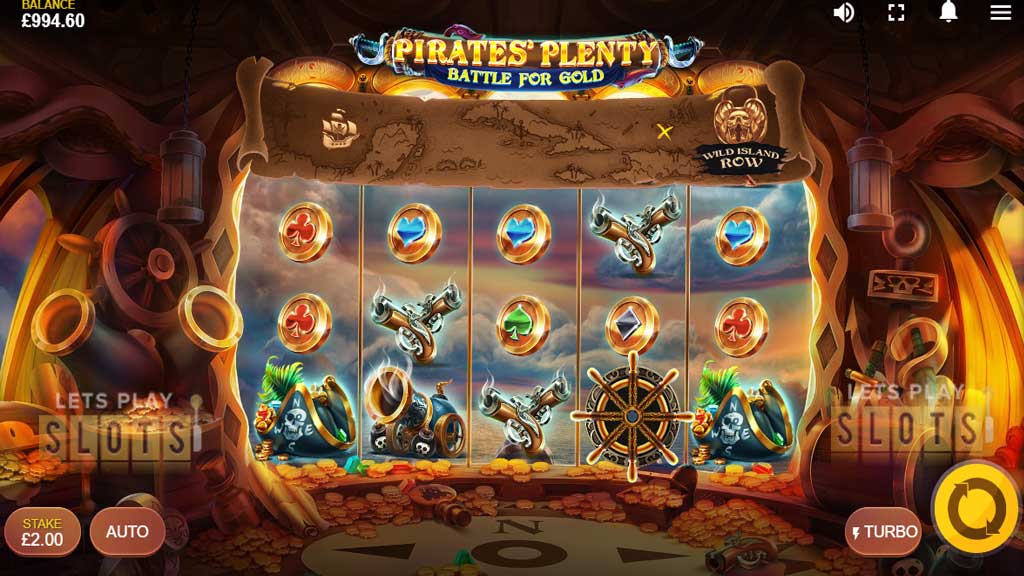 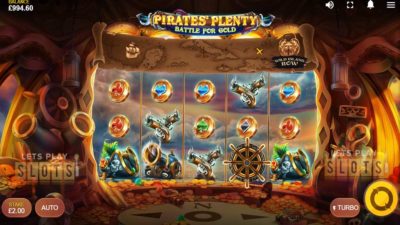 Pirates are always fascinating and mostly for the wrong reasons. Their adventures and lifestyle have become the topic of many books, movies, and TV shows over the years.

There are even many pirate games out there. The allure of going after hidden treasure is something that slot developers have used to create a number of exciting slots over the years.

Red Tiger Gaming has come out with a new game called “Pirates’ Plenty: Battle for Gold” which uses this theme and takes players on an adventure with Captain Blackbeard.

This game is actually a sequel and it gives the original Pirates’ Plenty a good graphic overhaul. Featuring the bridge of a pirate ship that is full of treasure, the reels are prominently displayed in the middle. The game features five reels and 20 paylines so there is always a good chance of winning.

Trying to score winning combinations is always the goal in slot games and Pirates’ Plenty makes it a fun experience. The game has heart, diamond, club and spade as its low value symbols on gold coins. The more valuable symbols are bottles of grog, pistols, a cannon, and a pirate’s hat. For a jackpot win, players should aim for the skull and crossbones symbol. Players can get up to 30 times their stake if they land five of it.

There are special features that make this game a unique experience. For one, there is the Wild Island Row feature. The game has map symbols mixed in with the regular symbols. These are collected when they appear. When players collect enough, a new row is revealed and ten more paylines added.

Another fun feature is the Wild Monkey feature. The ship’s monkey can appear and collect all the lowest value card symbols. A respin then happens, with no low-value symbols appearing. Depending on the number of card symbols collected, players can get 4x wild multipliers.

Then there is the Battle Spins feature. This is technically the free spins feature of the game. Players who score at least three Battle Spins scatters on the same spin get a random number of spins. Blackbeard himself appears and throws bombs on to the reels. These stick to the reels and act as multipliers.

During the free spins, Fire! symbols appear. When they land, cannonballs are fired at the reels. They become wild when they land can potentially give players a big win.

Overall, players can win up to 5,000 times their stake with this game, which is reason enough to give it a spin.

Hurray! There is a competition going between users of our site!
You have to do nothing, but browse out site, and win a daily prize. Click here to read more.
You current ranking:
Time Left: 10h 25m 21s