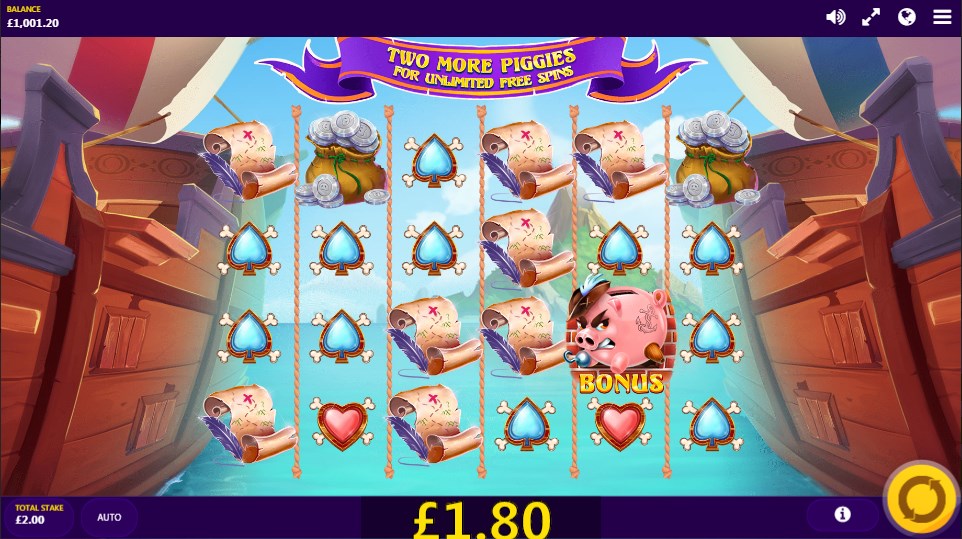 Piggy Pirates is a fun slot game by Red Tiger in which you’ll get unlimited free spins until the Big Bad Wolf comes to end the game! At that point you’ll have lots of Wild Coins on your board. Win up to 2000x your bet with Piggy Pirates slot! 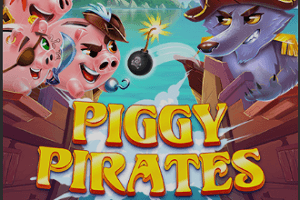 Piggy Pirates was released in September 2018 and I have played it almost immediately as I liked the theme and the setting where three little Piggies become Pirates. Let me give you an honest opinion about this slot and its pros and cons.

Graphics are excellent, and the cartoonish style is perfect for depicting a theme where piggies turn to pirate life and go hunt for treasures. The theme is absolutely impressive, especially during the free spins game, and this is one of the best cartoon themes ever seen in slots.

Piggy Pirates slot game is played on a large six-reel board, 6×4, with 40 fixed paylines. This makes it possible to get six-of-a-kind wins, but these won’t pay well in case of four low-win card symbols, and will offer decent prizes only with the higher paying members of the paytable. Five symbols can be considered high-win, and the Treasure Chest is the best of these symbols. You’ll get 1000 coins for six-of-a-kind, which is actually 25x your bet. The other high-win symbols will pay from 4x to 15x your bet for six-of-a-kind, while the low-win symbols all pay 1.5x and are absolutely worthless in comparison. It’s possible to win up to 2000x your bet in this slot game, and the only way to get that would be to land a full board of Wilds, which pay 2000 coins for six-of-a-kind. Despite the fact that there are 40 fixed paylines, the minimum bet isn’t $0.40, but Red Tiger reduced it to $0.10 so players who play with small stakes can play this slot game. 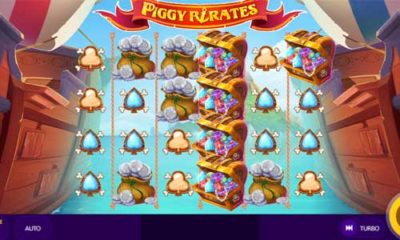 The game has medium variance and is therefore easy to play, and it does give you a chance to win a big amount of money, though most of the time the wins will be of a more moderate value, as you’d expect from a fun medium variance slot. The only way to win big is to get a lot of Wild Coins during the unlimited free spins feature. Theoretical return to player (RTP) is 96.06%, which is what most slots have these days, so this is a solid slot game. Win frequency isn’t that big, and the slot game doesn’t pay often, yet it does have a tendency to annoy the player with a win that’s smaller than the bet.

Piggy Pirates are special symbols that land on the reels randomly, and whenever they do, they will move one reel on each spin until they fall off the board. If you get all three Piggies on the board at the same time, you’ll trigger unlimited free spins. Whenever you land one Piggy on your board, it will take from one to five spins for it to fall of the board, during which time you must land two more Piggies to have three on the board at the same time. 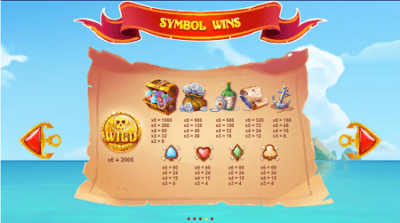 When you do trigger the unlimited free spins, Wild Coins may land on the reels and they will be collected by the Piggies. The Big Bad Wolf will appear at some point and will end the free spins game, which means the number of free spins is totally random, and at that moment all Wild Coins that were collected are released onto the board at the same time, which means you’ll have tons of Wilds, and will likely win a huge amount on your final free spin.

Piggy Pirates is a great slot game that does everything right. First and foremost it has a perfect theme with cute characters and cool animations, and the game just looks stunning. If you like cartoon slots, that is. The slot game is a quality one as it offers decent theoretical payout, the variance makes this slot easy to play, and the unlimited free spins feature can be very rewarding. All this means that Piggy Pirates is a good slot game that should be played by everyone.

Piggy Pirates is a fun slot game by Red Tiger in which you’ll get unlimited free spins until the Big Bad Wolf comes to end the game! At that point you’ll have lots of Wild Coins on your board. Win up to 2000x your bet with Piggy Pirates slot!

Hurray! There is a competition going between users of our site!
You have to do nothing, but browse out site, and win a daily prize. Click here to read more.
You current ranking:
Time Left: 3h 7m 57s