Dark Jungle is a wildlife themed 5×4 slot with 40 paylines, with Progressive Lock & Re-Spin feature, and a Gorilla that can bring you a 50x instant win!

Dark Jungle is something between a classic slot and a modern videoslot, and I have played it for a few hours in order to find out which is it, only to come to the conclusion that it’s both. This is a good slot game that follows all the usual rules, and then totally breaks them with the innovative free spins game and the Gorilla symbol which can bring you a 50x win anytime. Let’s go through the details of this Red Tiger Gaming slot machine and see what are its pros and cons. 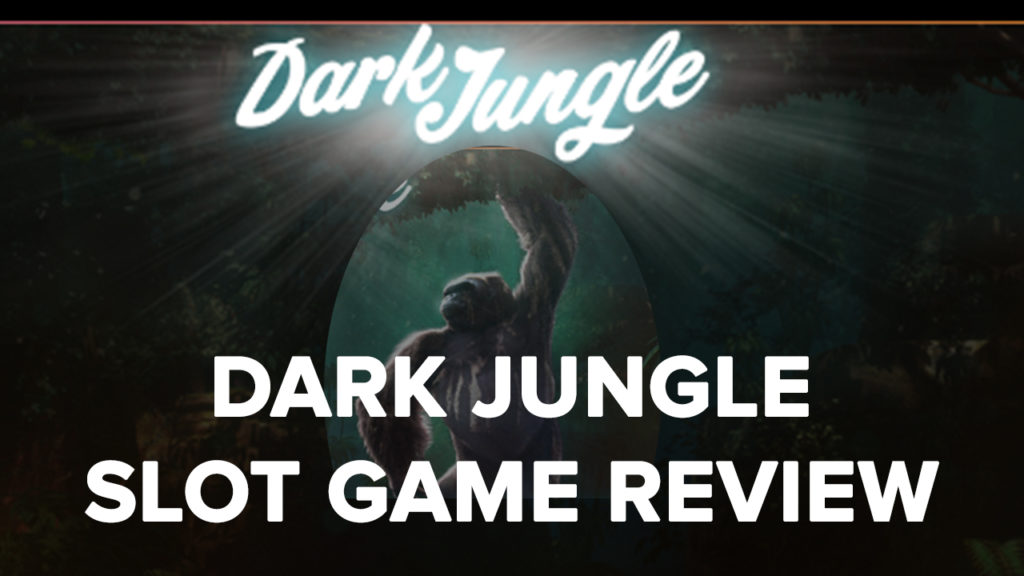 The game is played on a 5×4 board with 40 paylines, and it looks almost like a classic slot. Classic slots players will feel right at home, even if this game does have some modern features and high resolution graphics. All the animal symbols in the paytable are nicely drawn, and the card symbols don’t look bad either. The minimal bet per spin is a bit steep at $0.40, which may put off some players who are used to smaller stakes, and the maximum is $40, again, not high enough for high rollers. This limited range also limits the betting strategies.

There are six low-value card symbols and four high-value animal symbols, Bird, Snake, Monkey and Black Panther. Tiger is the Wild symbol that substitutes for all other normal symbols, and is also the best-paying symbol in this game. It’s quite common on the reels. Gorilla is the sixth and final animal in the slot game, and when he lands on the middle reel he will give you an instant win up to 50x your bet! The paytable gradually goes from 50 to 400 coin prize for five-of-a-kind, so there are card symbols that pay almost as good as the animal symbols, and these would be Ace and King, while actually only Black Panther stands out as the high-value symbol. 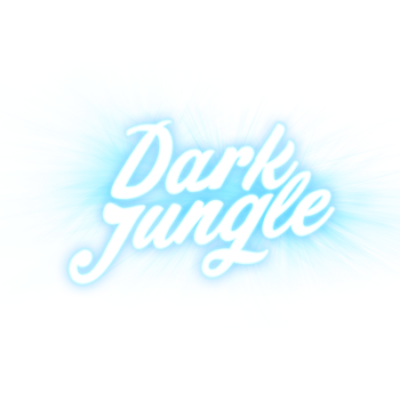 Theoretical return to player (RTP) is 94.79% which is a bit low but classic slot players won’t mind for as long as the game plays well. And it does, the paytable looks generous enough and the bonus feature is rewarding. The game is easy to play and probably has medium variance. It’s not very possible to win a huge amount of money in Dark Jungle, but the game also pays well enough to keep you playing for a while.

Scatters only appear on reels 2, 3 and 4, and you need to land all three of them to trigger the free spins game. You’ll get 9 free spins, and the Progressive Lock & Re-spin feature will be active, which is essentially the re-spin game we’re used to from other slots. Whenever you land a win during the free spins feature, the winning symbols will lock and the remaining ones will re-spin once. If you add another symbol to the ones that are already locked, you’ll get another re-spin. The resulting final win is then multiplied by the number of re-spins you had, which makes this feature even more rewarding. The free spins game can be re-triggered for 9 more if you land three Scatters again, and each locked Free Spins Scatter will give you 3 extra free spins. All this makes the free spins feature in Dark Jungle potentially very rewarding.

Dark Jungle is a modern version of what is traditionally a theme used by classic slots, and the game does find good balance between old ways and new ways. It’s a quality slot game that will be enjoyed by both groups of players, the traditional and modern ones, and it’s only slightly let down by its low RTP. But this game can pay well at times, and the prospect of getting an instant 50x win on any spin is enough to make you play this game. This is a quality title by Red Tiger Gaming.

Dark Jungle is a wildlife themed 5×4 slot with 40 paylines, with Progressive Lock & Re-Spin feature, and a Gorilla that can bring you a 50x instant win!

Hurray! There is a competition going between users of our site!
You have to do nothing, but browse out site, and win a daily prize. Click here to read more.
You current ranking:
Time Left: 20h 16m 49s