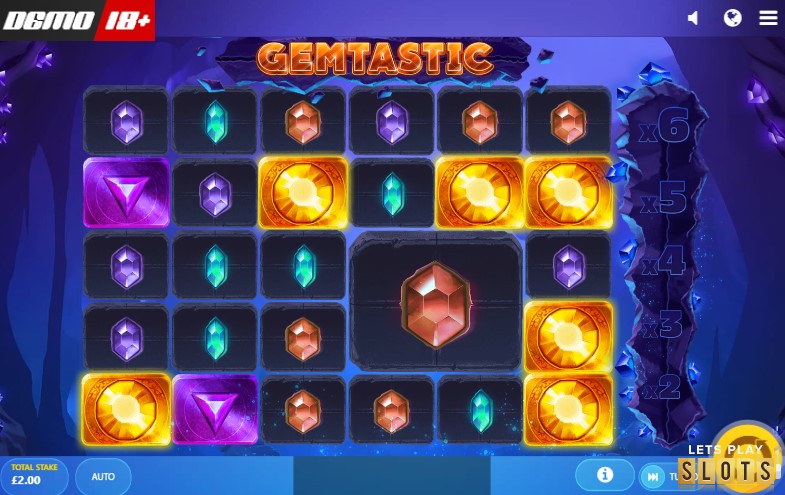 For a slot game with a difference, Gemtastic from Red Tiger Gaming is here to provide you with everything that you need. From its Lava Multiplier to the Magic Glow and Mega Gems, this slot will entertain you all day long. 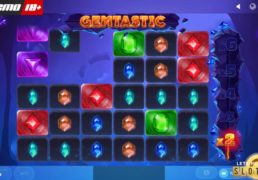 Gems, gems, gems are everywhere in this slot game from Red Tiger – and I couldn’t be happier to have played it. It takes the generic base foundation of an online video slot but introduces some unique concepts into it that ensure Gemtastic is a game you’ll always want to play over others. I love how visually pleasing it is and that it has a wonderful soundtrack for you to listen to while you play, too.

The layout of Gemtastic consists of six reels and five rows, making it a little bit larger than what is standard for video slots. The reels don’t spin as with a normal slot though – they cascade instead, which also relates to whenever you form a win. I’ll talk a bit more about that later. There’s a total of 30 pay lines to bet on in the slot, while bets can be changed with the button in the bottom-left corner. This provides options for bets between €0.10 and €40 per spin. 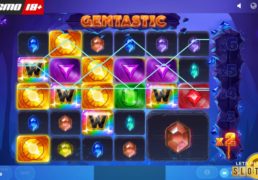 The standard symbols that exist within Gemtastic are all gem-shaped, starting with five smaller additions. These are coloured in turquoise, blue, purple, red and yellow. The larger-paying symbols are visible in bigger gemstones, with the purple one, the red one, the green one and the amber-coloured addition. The latter of these can pay out up to €240 at a maximum.

The game also plays host to a multi-coloured wild symbol, which can substitute for other symbols on the reels. If you spin six of this one on to a winning bet line, it can reward you with up to €1,600 in total. 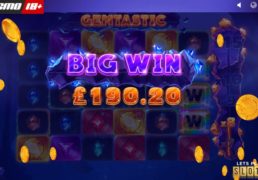 You’ll also see that the reels feature not only standard size symbols, but Mega Gems are present as well. These can be either 2×2 or 3×3 large, providing bigger wins to you if they form part of a winning combination.

My own favourite part of Gemtastic’s specialities is the Magic Glow perk. This can occur at random on any spin that you make. A specific type of gem may sparkle with a multi-coloured glow. Should these gems form part of a winning combination, they will disappear and then transform into wild icons for the proceeding re-spin.

Speaking of re-spins, whenever you form a win on the reels, the icons participating in the win will disappear and leave a gap for new symbols to fall into. This will also trigger another feature, known as the Lava Multiplier. The meter for this can be seen on the right-hand side of the reels. With every consecutive cascade of symbols, the multiplier increases, with a maximum level of 15 times on offer.

I have to say that I think Gemtastic could very well be one of my favourite alternative slot games. Not many of them feature six reels and such intriguing features as the Lava Multiplier and Magic Glow additions. It’s a great addition to the Red Tiger collection and I’m sure it will appeal to many gamers.

For a slot game with a difference, Gemtastic from Red Tiger Gaming is here to provide you with everything that you need. From its Lava Multiplier to the Magic Glow and Mega Gems, this slot will entertain you all day long.

Hurray! There is a competition going between users of our site!
You have to do nothing, but browse out site, and win a daily prize. Click here to read more.
You current ranking:
Time Left: 21h 40m 44s