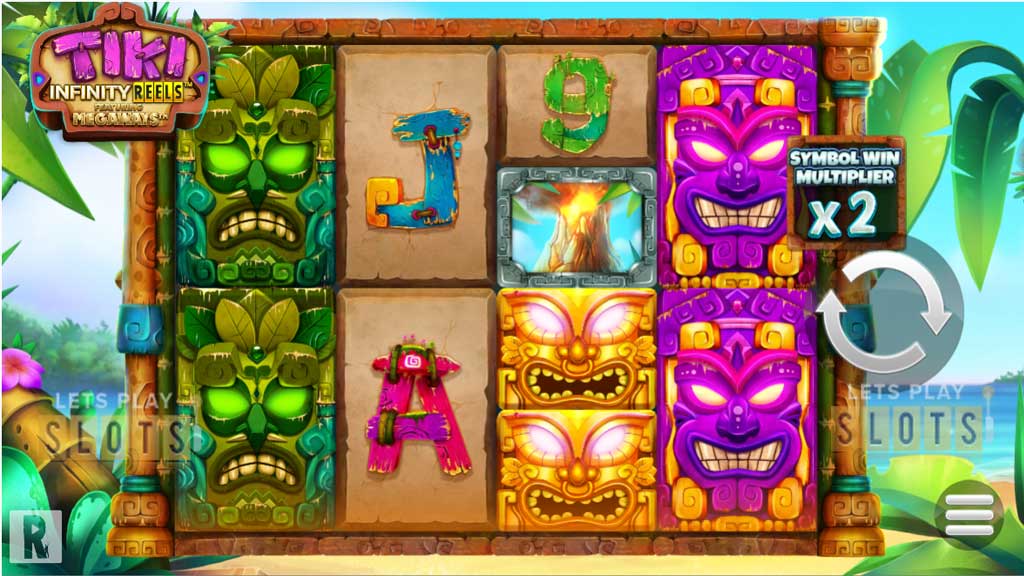 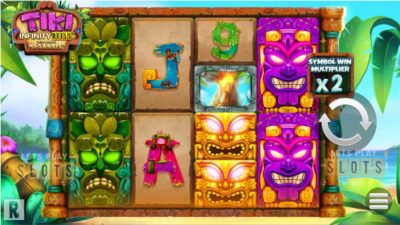 The islands of the Pacific don’t get the attention they deserve and its mostly because of their isolation. For those who want to get a glimpse into the loneliness and bliss that the Pacific Islands provide, you can spin the reels on “Tiki Infinity Reels Megaways“.

Developed by ReelPlay, it takes players to a secluded beach where they can have complete privacy and a lot of fun.

The game starts quickly when it comes to getting players into the action. The grid that players will be using looks large. This is because it starts at three reels and can extend infinitely when it comes to rows. Additionally, when players get a winning combination on the rightmost reel, an extra reel is added. This is where the “infinity reels” in the name comes in. The reels reset on a loss.

As for paylines, the game uses the MegaWays system. This means that a win is counted as long as a player can trace a line between adjacent symbols. The result is no clean paylines but a high chance of winning. The current RTP for the game is 96.07 percent.

The impressive chances that the game offers are balanced out by the fact that the game has a very limited betting range. While the minimum $0.30 is nice for beginners and those who don’t want to wager much, the maximum bet of $15.00 limits how much players can win. It also discourages high rollers from playing.

The game’s symbols reflect the tropical island theme. While the low-level symbols are the card royals, players will be trying to score Tiki masks of different colors. They come in blue, green, purple, and red.

The MegaWays Engine and the Infinity Reels set the game apart. Players will appreciate all the additional features that the developer has included to make things interesting. First, there is the Wild Symbol. This comes in the form of a golden Tiki mask. It can act as a substitute for all symbols except the scatter.

Besides the Infinity reels, the game also awards a +1 multiplier for every reel added. It resets along with the reels when players lose a spin. The game has a Volcano scatter that can give players 10 free spins. Players only need to score three of them to trigger it. During these spins, the multiplier is never reset and every two new reels add one free spin. Players can trigger the scatter again to four free spins.

Go ahead and spin the reels on Tiki Infinity Reels Megaways from RealPlay when it shows up at your online casino.

Hurray! There is a competition going between users of our site!
You have to do nothing, but browse out site, and win a daily prize. Click here to read more.
You current ranking:
Time Left: 17h 38m 25s