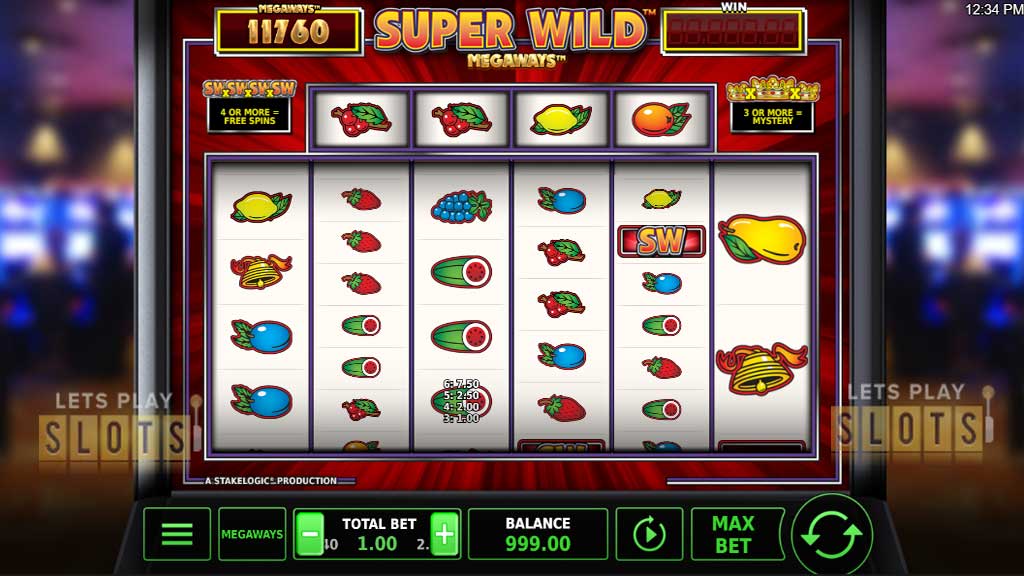 Return To A Stakelogic Classic With “Super Wild Megaways” 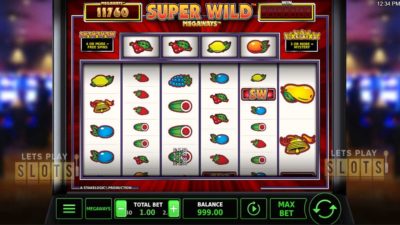 Slot machines have been around for decades. Land based slot machines have been around for more than a century. This is why there are several slot game symbols that even non-gamblers are familiar with like cherries, lemons and other fruits. Stakelogic is dipping into that long-time history to create their latest offering. The main difference is that they are breathing new life into it with the Megaways engine. The latest slot is called Super Wild Megaways.

The game is pretty straightforward when it comes to theme. When players start it up, they will see a casino in the background and the game presents players with the grid immediately. Anyone who has played slot machines before will recognise the symbols immediately since the symbols are classic slot symbols. There are several differences infused in this game which is why it stands out.

The main thing you will notice is that there are six reels instead of just three. Besides that, the game uses the Megaways engine. This means that the number of symbols on each reel changes with each spin. Additionally, the game’s paylines are very flexible, with each new symbol position providing a new way to win. This gives players a maximum of 117,649 ways to win.

The reels themselves can range from two to seven symbols. There is even an extra reel up top for bonuses. The game offers an RTP of 96.07 percent. As for the symbols, they are the regular fruit slot symbols. This includes cherries, lemons, oranges, pears, plums, bells, strawberries, grapes and watermelons. There is even the lucky 7 symbol which slot players should be familiar with. There are two wild symbols in the form of the gold and blue stars.

The game takes the differences to another level though with its special features. For one, there is the Cascade feature. This eliminates all wining symbols and allows new symbols to drop down and take over. This can result in new combinations being formed.

The game also has the crown symbol as the Scatter symbol. Players who score three or more of these will be able to get a mystery cash prize. There is also the special SW symbol that is also a scatter symbol. This time it can trigger free spins, but if only players score four or more of it. Overall, this game is pretty nice and simple. The volatility should be worth a spin or two.

Hurray! There is a competition going between users of our site!
You have to do nothing, but browse out site, and win a daily prize. Click here to read more.
You current ranking:
Time Left: 12h 52m 36s
Gambling is for 18+ though some countries may have other restrictions...Remember you should always Gamble Responsibly
We use cookies to ensure that we give you the best experience on our website. If you continue to use this site you agree to allow us to use cookies, in accordance with our Terms & Conditions.Agree & Close