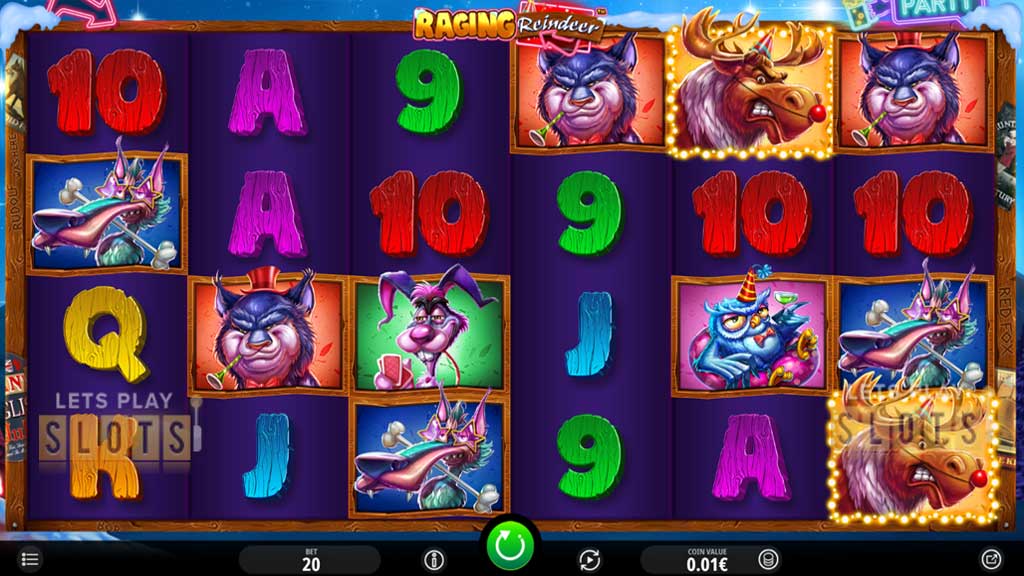 Ride High This Xmas With A “Raging Reindeer” Called Rudolph 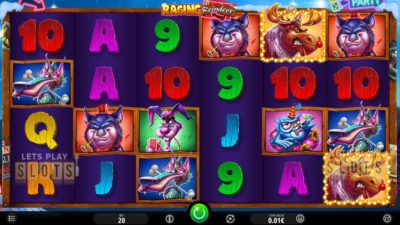 Slot players who are eager to get that Christmas feeling going will have no shortage of choice when it comes to choosing Christmas themed slots in 2019.

While most Christmas slots tend to come out in early December, a number of providers have already released Christmas themed slots. The latest holiday themed slot comes from iSoftBet and is called the “Raging Reindeer“.

This game is about some very bad reindeer enjoying the nightlife of the North Pole.

Players will be helping out Rudolph the reindeer as he staggers along the North Pole and will remain hopeful about hitting the jackpot in time for Christmas.

When players start this game up, they will see the beautiful backdrop of the North Pole with a starry sky. The game has six reels and over 4,096 ways to win. Like most slots, this game has the usual set of low-value card symbols which include the usual set of A, K, Q, J, 10 and 9. The real prize though is the five animal characters. They all have high value so you will want to score the rabbit, owl, coyote, wolf and Rudolph the reindeer.

Rudolph is the most valuable symbol and can give players 7.25 times their original stake if it is scored six times. There is also a wild symbol in the form of the box. It appears in the second to the sixth reels and can acts as all symbols except for the Raging Reindeer logo.

Players will want to activate the Jingle Spins feature. This happens when players score at least three of the Raging Reindeer logos. Players can get to 50 free spins with this feature. The game will then up the ante by ensuring that all wilds that appear during these free spins have a 2x multiplier. The wilds will also act as two different symbols at the same time so that players can get even more wins.

It is not just the wilds that will become active. Wilds and Rudolph symbols don’t need to be adjacent anymore to score a win. For example, skipping a reel would normally have you lose the payline but if the Rudolph symbol is part of it, then you can still win.

Besides that, the Raging Reindeer logo is still active. Players can still score more free spins if they get the required number of scatters. The maximum amount of free spins a person can earn is up to 100.

Overall, players will love this iSoftBet game as it has an interesting theme, excellent graphics and great gameplay. Combined with the big wins on offer, you will have a fun time and a chance to win a nice payout.

Hurray! There is a competition going between users of our site!
You have to do nothing, but browse out site, and win a daily prize. Click here to read more.
You current ranking:
Time Left: 19h 47m 17s