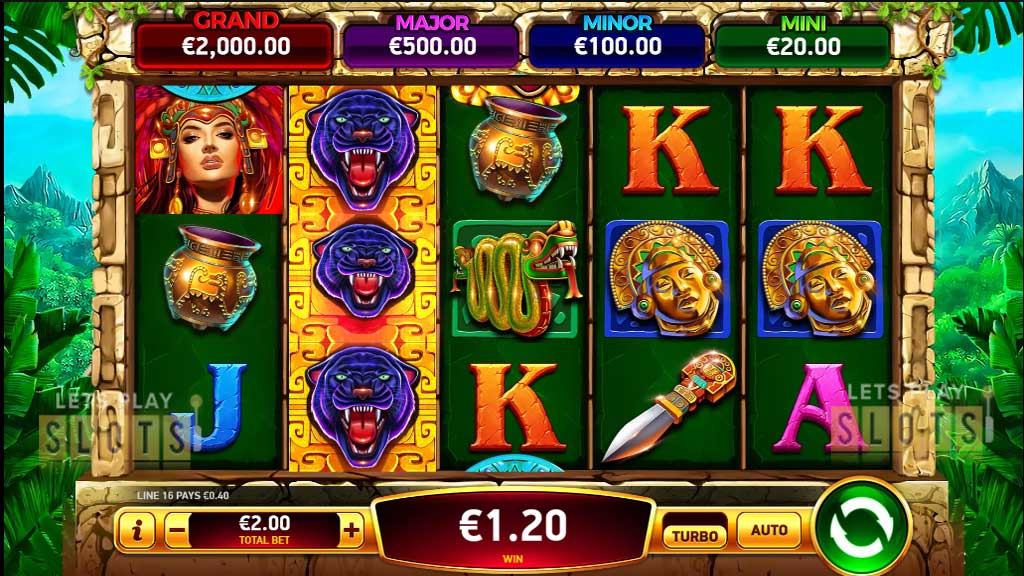 Go On The Hunt For Ancient Riches With “Mayan Cache” 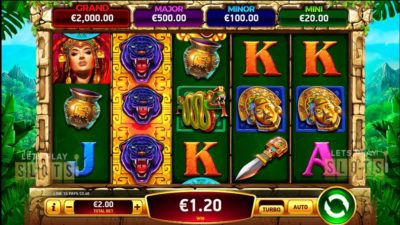 The Mayan Empire was one of South America’s thriving civilizations. They were known for building massive structures and amassing an amazing amount of riches, with gold and gems hidden away in their temples. This is the treasure that players are trying to uncover in the latest game from Ruby Play titled Mayan Cache“.

Players are out exploring the South American jungle when they stumble upon an ancient structure with thick stone walls. Arguably a remnant of pre-Columbian civilization, players will need try their luck and see if they can find some treasure when they enter the place. There are several dangers though since wild animals have made the place their home. The theme of the game is pretty nice and RubyPlay makes it work with some good graphics.

When this game is launched, players are presented with a jungle backdrop, with the walls of the Mayan temple to the side. The grid is in the front-and-center of the screen. Players will have five reels and three rows to play with. There are 30 fixed paylines and players can start betting from 20 cents to 30 Euros. The RTP for this game is a decent 96.47 percent so players have a good chance at getting a win.

The game has a good mix of symbols. Players will want to score the more valuable ones like the Mayan priestess but all other symbols provide a decent reward.

The basic slot game is pretty interesting but the real draw of games like these are the special features. Mayan Cache has a number of these features as it gives players access to a variety of special symbols. First, there is the black panther symbol. As the current ruler of the ruin, the panther is there to pounce on the unwary. This symbol is the Wild for this game and it acts as any other regular symbol in the game. This makes it easier to win.

Besides the panther, there is also the scatter. Players who score three of it will be able to get 10 free spins. The great thing about the free spins is that players are not limited to 30 paylines but will have 243 ways to win.

Finally, there is the Super Bonus symbol. Players who score it will get a more impressive free spins round. Instead of only having free spins and more paylines, players will also have wilds that expand to cover the entire reel.

Do give Mayan Cache a few spins and see if you can uncover some of those secret riches.

Hurray! There is a competition going between users of our site!
You have to do nothing, but browse out site, and win a daily prize. Click here to read more.
You current ranking:
Time Left: 12m 0s
Gambling is for 18+ though some countries may have other restrictions...Remember you should always Gamble Responsibly
We use cookies to ensure that we give you the best experience on our website. If you continue to use this site you agree to allow us to use cookies, in accordance with our Terms & Conditions.Agree & Close