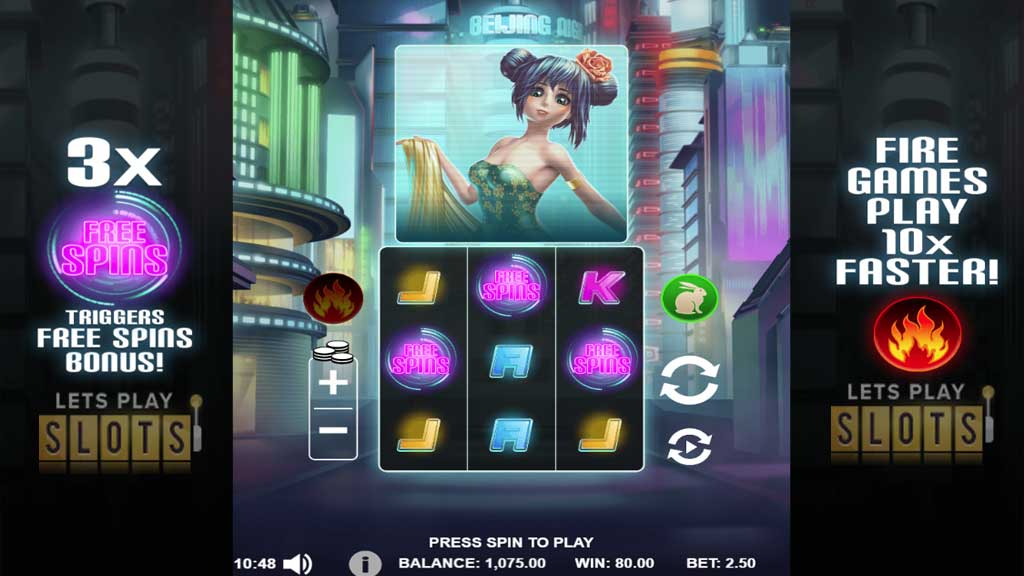 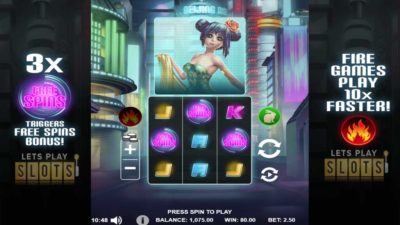 Slot players can expect to see a lot more Asian themed slots hit the market in 2021. Saucify has come out with a new Asian themed slot titled “Beijing Nights“. This game takes players to the streets of Beijing to experience the glamour of China’s capital city. The twist with this slot is that is showcases a futuristic Beijing and comes with a very interesting soundtrack.

The game by itself is fascinating as it presents itself as a typical three-reel slot machine. Players will get to play with five paylines which is a step up from the usual one payline for three-reel slots. The game has an RTP of 95.36 percent which is not the greatest but should be enough for players to get some wins. But that’s not all. There are two sets of three reels so there is a possibility of twice the fun.

The reels are presented with a semi-transparent black background and there is a pretty billboard on top of a Chinese girl wishing players luck. The game’s icons are a mix consisting of the card royals which are the least valuable symbols.

Then there are the thematic icons. These include various symbols of modern day China. They include roses and coins as mid-value symbols. There are also high value symbols that include credit cards, watches, sports cards and even the game’s logo.

The game does have a downside of only allowing small bets which are fixed. The minimum bet for the game is $0.05. That is fine for players who don’t want to spend much. But the problem is that the maximum bet is fixed at $25. This is not good for those who want to bet high. It also affects the maximum cash jackpot for the game which is fixed at $2,500.

Players will be pleased with the few special features. For one, there is a bonus symbol in the form of a purple neon sign with the words Free Spins on it. This is the game’s main special feature. Players will get it, if they score three of the Free Spins symbol. They will then be able to get eight extra spins.

You will also see an extra set of reels will come out and this is where players will be spinning those free spins. Only high-value symbols are on these reels, so players will appreciate the bonus.

Overall, Beijing Nights is a fun game and is definitely worth a few spins.

Hurray! There is a competition going between users of our site!
You have to do nothing, but browse out site, and win a daily prize. Click here to read more.
You current ranking:
Time Left: 20h 0m 51s