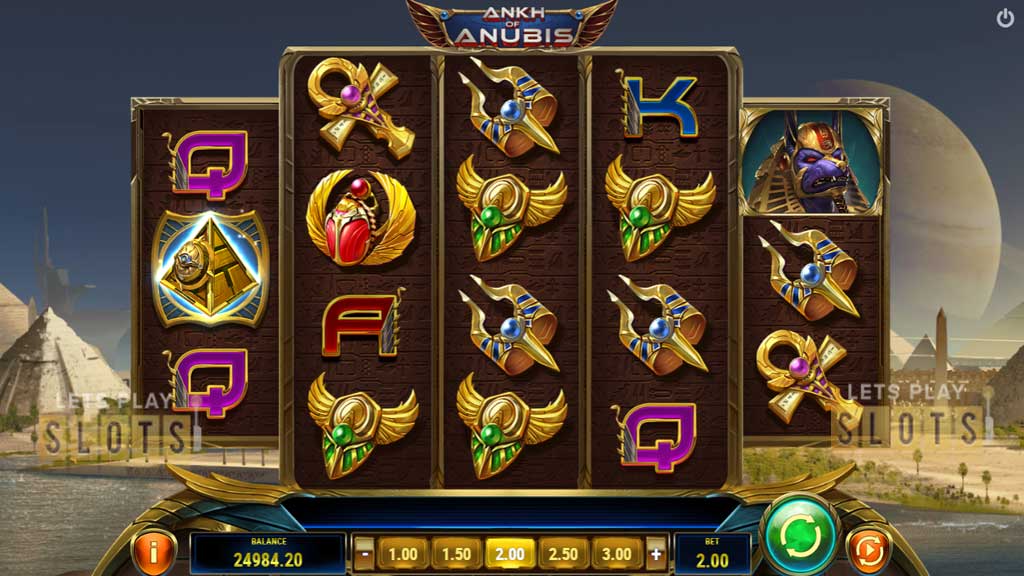 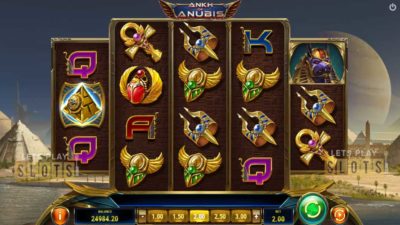 The gods of Ancient Egypt might not be as well-known as the Grecian or Roman gods but they are still quite popular. One of the most well-known Egyptian deities is the dog-headed Anubis. Play’n GO is using this as their new theme in their latest slot offering called the “Ankh of Anubis“.

In this game, Play’n GO is sending players on a hunt for Anubis’s holy symbol, which is the ankh. Players will wander the lands of ancient Egypt and hope to score large prizes.

Players will be working with five reels which come with a unique configuration. The first and last reels only have three rows. The total paylines for the game reach up to 576. Players will need to score three or more matching symbols starting from the first reel to get a win.

The basic symbols of the game are the A, K, Q, and J royals. For better wins, there are bracelets, amulets, scarab beetles and ankhs. The ankhs are the most valuable since they reward five times a player’s stake. The game also has Anubis as a symbol and he acts as the game’s wild. Five of him and players will get 10 times their stake.

There is the randomly triggered Anubis Wild feature. Players can sometimes have Anubis appear out of nowhere. He might even be generous and come in a stack so that players will have a better chance of winning.

Overall, the Ankh of Anubis is a very interesting game. The graphics and music are great. The gameplay is a bit simple but that is a good thing as it is easy to follow. The real draw is the big payout that the game can deliver. Lucky players can get 15,000 times their stake which is reason enough to give it a spin or two.

If you looking for more Egyptian themed slots checkout our review of Treasures of Egypt and play now.

Hurray! There is a competition going between users of our site!
You have to do nothing, but browse out site, and win a daily prize. Click here to read more.
You current ranking:
Time Left: 20h 56m 27s