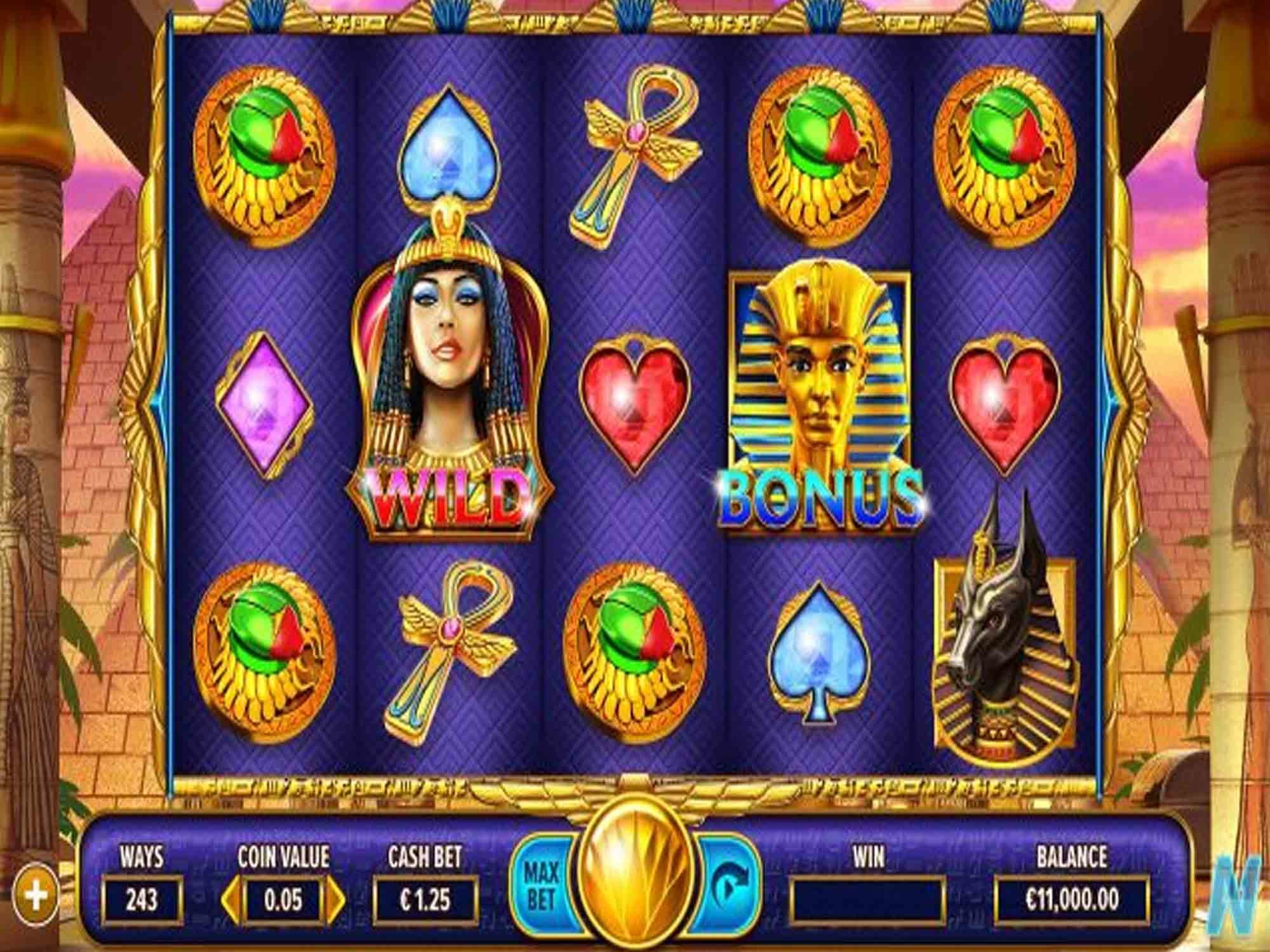 The Treasures of Egypt slot game utilises a five-reel, three-row interface for you to play on, while 243 ways to win are also included in the setup. To add to this, you’ll potentially get to experience a free spins round, with up to 20 of these being available to you.

Best Casinos to Play Treasures of Egypt for Real Money :

I would say that I’m quite a big fan of online slot games that utilise the Ancient Egypt theme within. What can I say? I’m a history buff and ancient civilisations are thoroughly intriguing. It’s for this reason that the Treasures of Egypt slot from NetGaming stood out to me from the first instant of me seeing it advertised. Granted, many other developers have created titles with this theme as their basis, but I’m always ready to check out another in a similar vein. So, did Treasures of Egypt cater to my gaming needs? 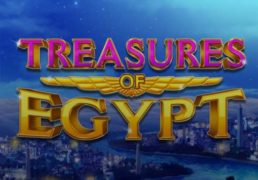 The paytable within Treasures of Egypt is made up of symbols that really relate to the base theme of it. Now, while it’s true that those icons with lower pay-outs are represented by playing card suits, they have an Egyptian flair to how they’re designed and really fit in well with the rest of the game. These symbols are joined by those of an ankh, a green scarab beetle broach, a statue of Anubis and more assorted Egyptian additions. Thanks to NetGaming, these have all been designed with the highest quality of graphics, and this is something that also extends to the background of the slot, too.

It appears as though you’re viewing the Ancient Egyptian city of Cairo from a luxurious palace, as two curtains are flowing in a gentle breeze at either side of the reels. It’s night-time in the city and various torches illuminate the buildings below, providing a great setup for the game to take place. And while you’re spinning the reels, you may also see Cleopatra make an appearance there. If she does, then you’ll be in for a treat, because the beautiful ruler will work as a wild symbol. This means that she’ll stand in for all the other standard symbols within Treasures of Egypt, helping you with creating wins as she goes. 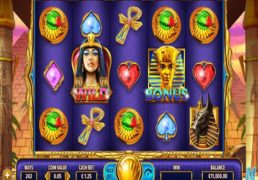 Treasures of Egypt doesn’t have a huge number of special features for you to experience unfortunately, and this could be the biggest let-down of the game for me. For something that has been so-well designed and constructed, the only inbuilt special feature of the slot is a Free Spins round. Now, don’t get me wrong, I love slots with free spins for you to play through. Which avid slot gamer doesn’t?

To trigger the free spins round of this game, you’ll need to spin three or more of the bonus scatter symbols into view anywhere. It’s the icon of the Pharaoh that will work as this symbol in Treasures of Egypt, and once he does appear in three or more locations, he’ll activate 10, 15 or 20 free spins for you to enjoy. Yet, the free spins feature is basically just that – a free spins round without any additional perks. I have to say that I was expecting more from a game such as this, especially when you consider all that could be done with the Ancient Egyptian theme.

I’d probably say that the RTP rate of 95.95% is accurate when it comes to Treasures of Egypt, too. It doesn’t pay out on a hugely frequent basis, but when it does, it provides a nice boost to your balance. This is also what sees it come with a medium variance level, meaning that you’ve got quite a nice level of rewards coming from the slot.

So, would I play Treasures of Egypt again? Possibly. It’s just that with so many online slots utilising the Ancient Egypt theme (and quite a few that incorporate many more features), maybe this isn’t a game for everyone. The graphics are certainly appealing, and the overall gameplay is very smooth. Yet, with a 95.95% RTP rate and a single special bonus feature round to trigger, it’s likely that many gamers will seek entertainment in an alternative game of the same ilk.

The Treasures of Egypt slot game utilises a five-reel, three-row interface for you to play on, while 243 ways to win are also included in the setup. To add to this, you’ll potentially get to experience a free spins round, with up to 20 of these being available to you.

Hurray! There is a competition going between users of our site!
You have to do nothing, but browse out site, and win a daily prize. Click here to read more.
You current ranking:
Time Left: 10m 50s