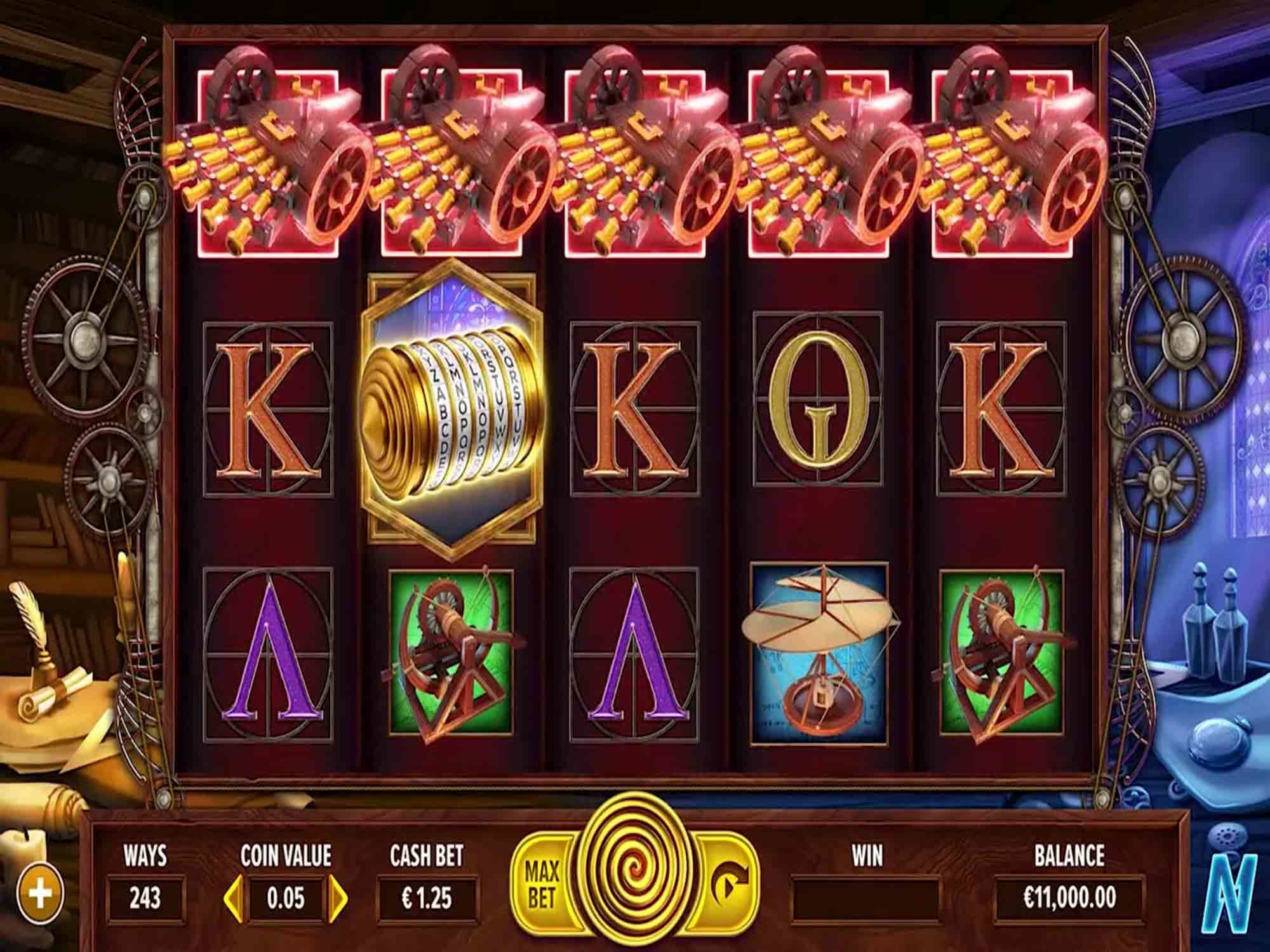 Alongside this game’s 243 ways to win, there’s a video slot layout of five reels and three rows to play on. Additionally, it’s got supreme graphics running through it, as well as the possibility of triggering a free spins feature round – with five different possibilities for you to experience.

Best Casinos to Play Age of DaVinci for Real Money :

I have to admit that I really do love online slot games that introduce themes such as those in Age of DaVinci. Maybe I’m just a sucker for things that were invented years ago, or perhaps it’s just the whole atmosphere of the Renaissance period, but these games really do capture my attention over many others. Age of DaVinci from NetGaming offers quite the experience to its players, incorporating a wonderful free spins round alongside its base gameplay. That may seem like quite a basic addition to a video slot, but you’ll find it to be so much more when spinning this slot’s reels. 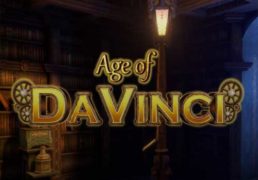 While some people may think it’s a bit of a cop out for online slot developers to include playing card symbols into their games these days, I still find it to be quite okay. As long as they’re designed and executed well enough, as they are in Age of DaVinci, they serve their purpose. The graphics in the game are of a high-quality, so the lower-paying symbols exist in the form of the J, Q, K and A additions. These are joined by a selection of higher-paying icons, which are all present in the shape of some of Leonardo DaVinci’s inventions.

Leonardo himself also appears on the reels of the game, and he works as the slot’s wild symbol. Therefore, wherever he shows up, he will stand in for all other standard symbols, helping you to create winning combinations. This is quite a standard feature of an online video slot, and Age of DaVinci follows the basic setup for this, consisting of five reels and three rows. Across this interface, you’ll also get the ability to bet on 243 different ways to win. 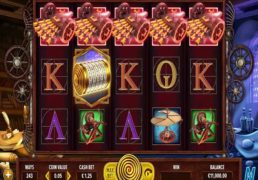 While it’s true that DaVinci himself operates as the slot’s wild symbol, this isn’t the only feature within the game. Instead, there’s also the addition of a bonus free spins function, which activates whenever you spin three or more of the bonus scatter symbol into view. It’s the symbol of the DaVinci invention featuring four rows of letters on it which represents this one.

Once this appears in three or more locations on the reels, you’ll be taken to a new screen which features a wheel made up of five sections. In the centre of this wheel is a Spin button and each of the five sections provides a different reward to you. These are present in the following forms:

I was quite happy to find that this slot game comes with an RTP rate of 96.32%. This means that, in theory, you should get a bit more gameplay out of your slot balance. I happily played on for a couple of hours with quite a basic balance, so it was nice to see Age of DaVinci paying out on a frequent enough basis, and with the medium variance, the rewards were quite nice throughout.

If I was to recommend one of the games from NetGaming to someone who hadn’t played any before, Age of DaVinci would probably be the one that I started with. The layout and the game’s overall design are exceptionally welcoming, while the game itself runs very smoothly. Additionally, with the inclusion of the enthralling free spins feature, as well as the fact that it utilises such an inviting theme, I’d say that this is one that shouldn’t be missed out on by any avid slot gamer.

Alongside this game’s 243 ways to win, there’s a video slot layout of five reels and three rows to play on. Additionally, it’s got supreme graphics running through it, as well as the possibility of triggering a free spins feature round – with five different possibilities for you to experience.

Hurray! There is a competition going between users of our site!
You have to do nothing, but browse out site, and win a daily prize. Click here to read more.
You current ranking:
Time Left: 2h 1m 40s