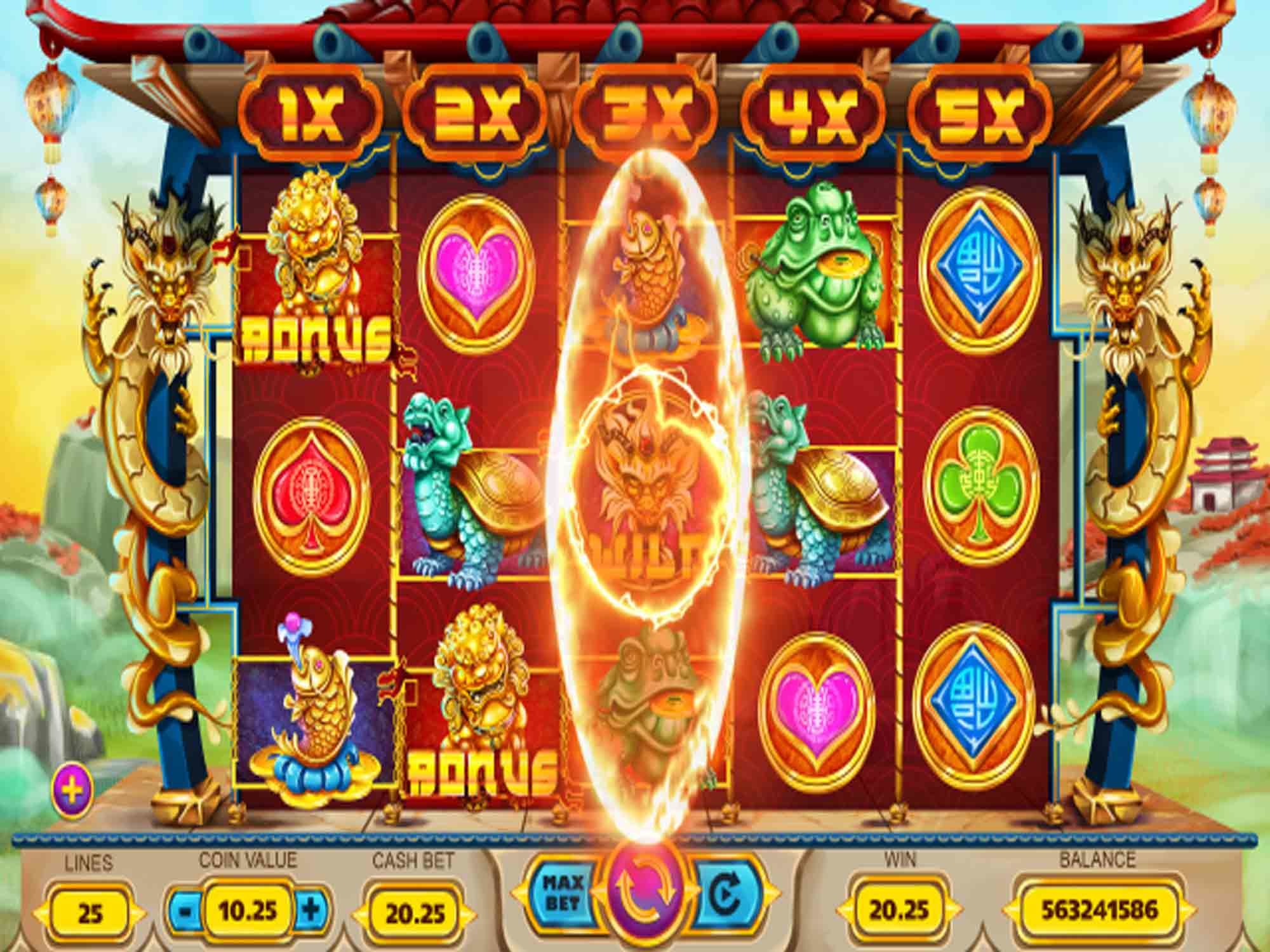 There’s a standard five-reel, three-row layout on display within this slot, and it also has 25 pay lines available for you to bet on, too. NetGaming has added a free spins round that comes with Walking Wilds to experience, bringing a bit more charm to the game.

Best Casinos to Play Wrath of the Dragons for Real Money :

When I saw the thumbnail and title of this online slot game from NetGaming, I have to admit that I was quite sceptical over playing it. Why? Because so many games have been released with the oriental dragon theme that it must be getting hard for developers to make them alternate to one another. However, I pushed forward and loaded the Wrath of the Dragons slot up. Granted, it doesn’t have much that makes it different to the rest, but it still provides a thoroughly entertaining game from start to finish. 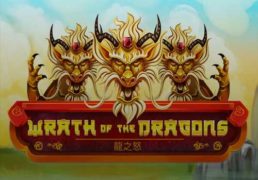 When you access the game, you’ll see a basic slot layout, and upon the reels is where you will get to see the various symbols. It has low paying symbols which come in the form of playing card suits with Chinese symbols on them. Therefore, you’ll see the green clubs, the blue diamonds, the pink hearts and the red spades on the reels. They are joined by various animal symbols, which offer higher pay-outs. These include the koi carp, the bulbous toad and the vicious-looking tortoise.

The game is also responsible for providing a wild symbol in the base game, which is present in the shape of the dragon’s face. This one can show up in any position and will stand in for all of the other basic symbols within Wrath of the Dragons. Therefore, they can really assist you with creating winning combinations.

As far as the game’s interface is concerned, this is made up of five reels and three rows in total. Across this layout, NetGaming has taken the opportunity to include 25 pay lines for you to bet on. These are all fixed in position, but your bet is easily changeable when playing it. An autoplay function is also available for you to use as you wish. 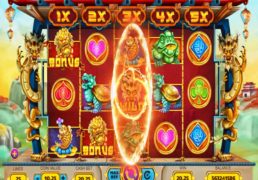 While the standard wild is one special feature of the game that appears during base rounds, there is also the inclusion of a Free Spins function, too. This is activated with the appearance of three or more of the Bonus symbols. It is the golden dragon that represents this symbol, and it works as a scatter as well, so it can show up anywhere and still work towards activating the free spins round. If you do manage to trigger the feature, then you’ll get to experience an extra perk while it is in action.

That extra perk is something that affects the game’s wild symbol. I was quite pleased to see the wild become a Walking Wild. In this respect, the wild can come into view anywhere and will then expand to cover the entire reel. On subsequent spins, it will start moving to the next reel or walking, if you will. This continues until it walks right off the reels, but it gives you the chance to form greater wins on each subsequent free spin that it remains on the reels. I personally love this particular feature of the slot.

Wrath of the Dragons Slots RTP

While spinning this game, you’ll find it to have an RTP rate of 95.93% and its variance is high as well. Now, I will say that while it didn’t pay out as frequently as several other games that I’ve played before, the rewards were quite high when they did come. I’m not especially a fan of this type of slot gaming, but that’s not something that’s really a problem if you enjoy playing high variance games.

So, would I recommend the Wrath of the Dragons slot game? Actually, yes is the answer to that question. The graphics in the game are superb to begin with, and while it’s not excessively flush with special bonus features, it manages to maintain your attention throughout. The Walking Wilds that appear during free spins are a great additional perk to enjoy while playing, and on the whole, it’s a game that settles nicely into the NetGaming catalogue.

There’s a standard five-reel, three-row layout on display within this slot, and it also has 25 pay lines available for you to bet on, too. NetGaming has added a free spins round that comes with Walking Wilds to experience, bringing a bit more charm to the game.

Hurray! There is a competition going between users of our site!
You have to do nothing, but browse out site, and win a daily prize. Click here to read more.
You current ranking:
Time Left: 12h 11m 33s
Gambling is for 18+ though some countries may have other restrictions...Remember you should always Gamble Responsibly
We use cookies to ensure that we give you the best experience on our website. If you continue to use this site you agree to allow us to use cookies, in accordance with our Terms & Conditions.Agree & Close