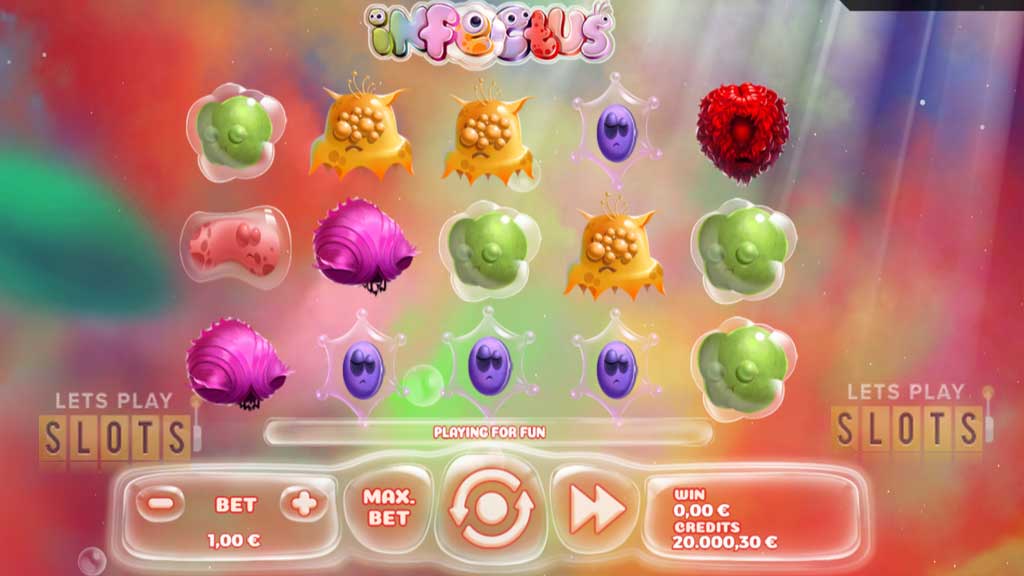 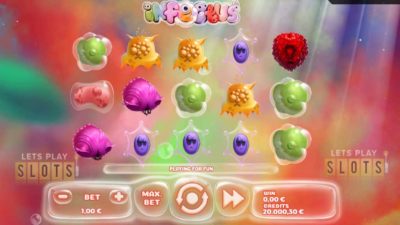 With a surprisingly apt theme to what is taking place across the world, Spinmatic is helping players combat the world of infections and diseases. In this new offering from the veteran game maker, players will be waging a war against different bacteria and viruses. The approach is rather cartoonish but the developer has done a good job. The brighter colors and animations make the serious topic more comedic and fun.

The game opens up with the background of a microscopic world. The bright background and the colours make it seem nice. Featuring five reels and 10 paylines, players are given the task of matching up the various bacteria and virus symbols. The graphics are the best part of the game. It also has some sound effects which are pretty light and cheery which matches the game’s approach.

This slot lets you work with a number of different symbols. The game has none of the card symbols that you often find in slot games. The game has seven bacteria symbols to play with and they give a wide variety of payouts. The most valuable one is the red virus symbol and it pays out 250 times a player’s stake.

The game has a lot of potential but there are several problems with it. For one, the return to player is at 92.97 percent which is pretty low. That alone will frighten away many players. The other problem that this game has is that it only has one main special feature. It is the wild feature and most people are familiar with it. There is a wild symbol that can act as any other symbol. It shows up in the three middle reels. When it shows up, it will expand to fully cover the reel.

The great thing about it is that after the expansion players get a respin. All of the other reels will get a spin, increasing the chances of a win. Lucky players can have a maximum of three respins as long as the wild symbols show up.

Overall, this game has a very unique theme and is nice enough for a spin or two. Lucky players will have a nice cash jackpot but nothing big, while the bonuses are not enough to keep players coming back for more!

Hurray! There is a competition going between users of our site!
You have to do nothing, but browse out site, and win a daily prize. Click here to read more.
You current ranking:
Time Left: 4h 25m 28s